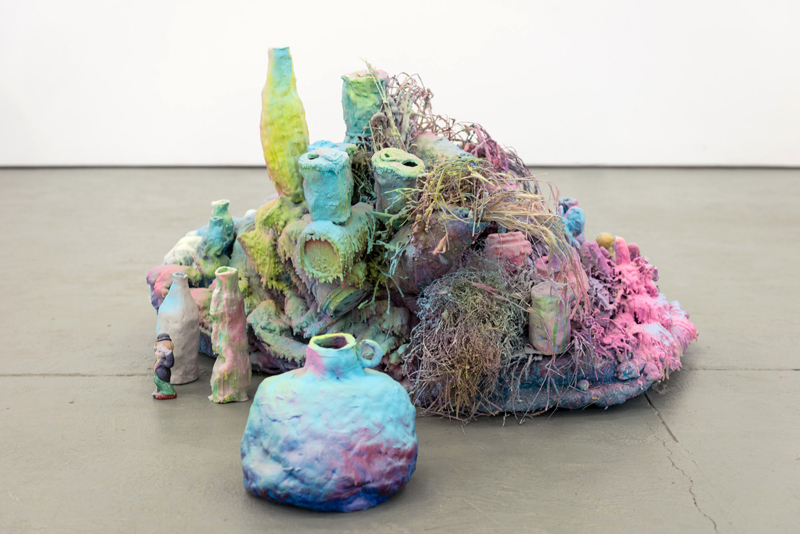 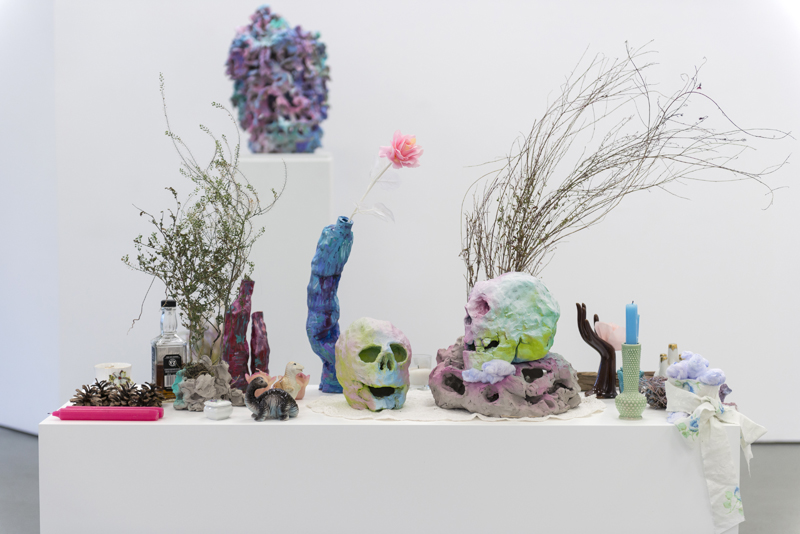 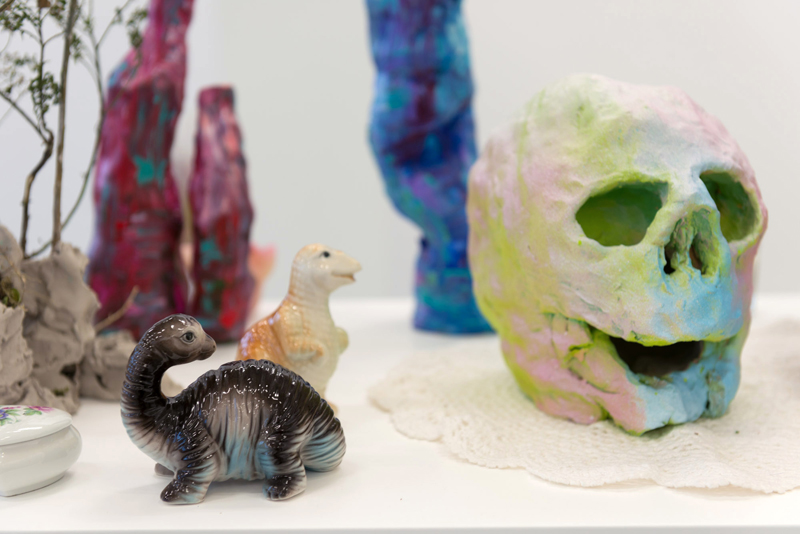 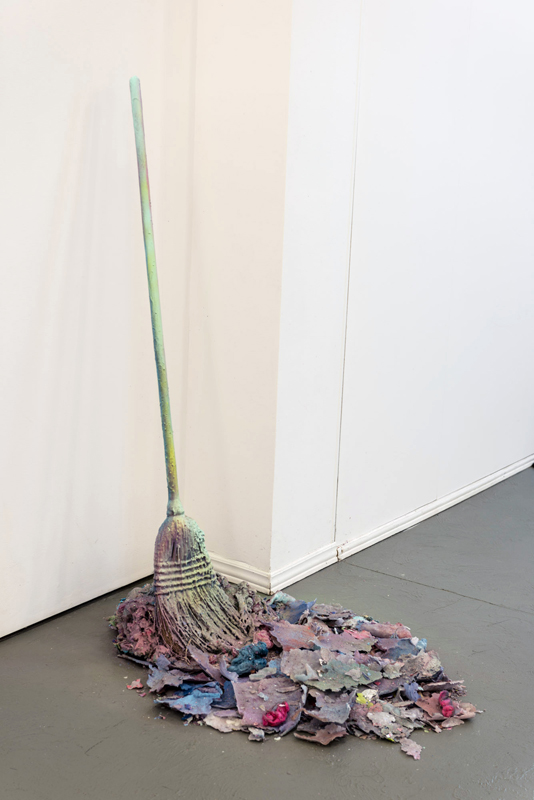 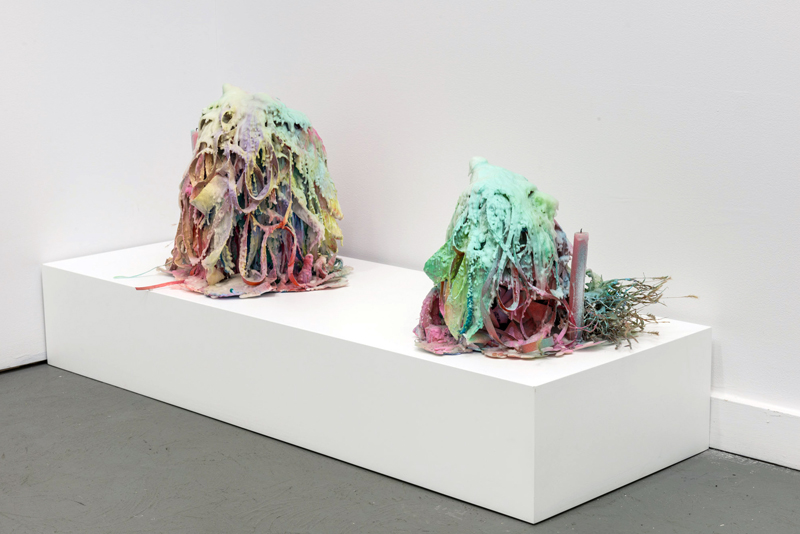 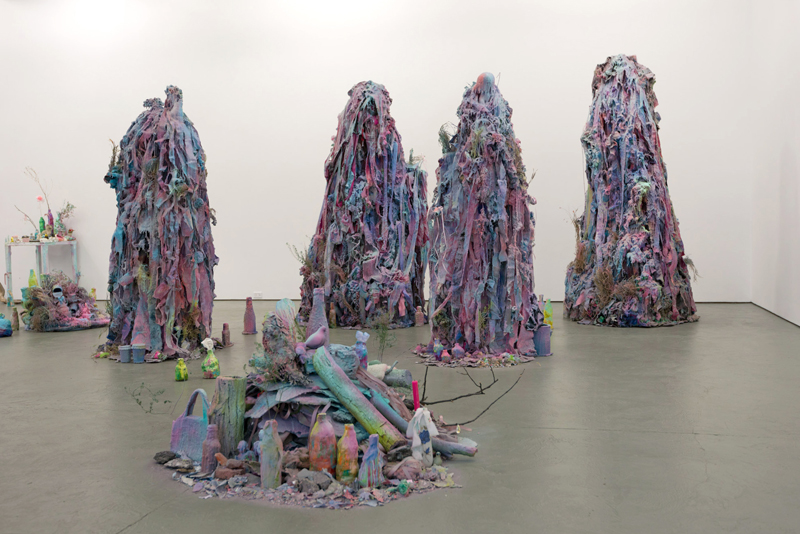 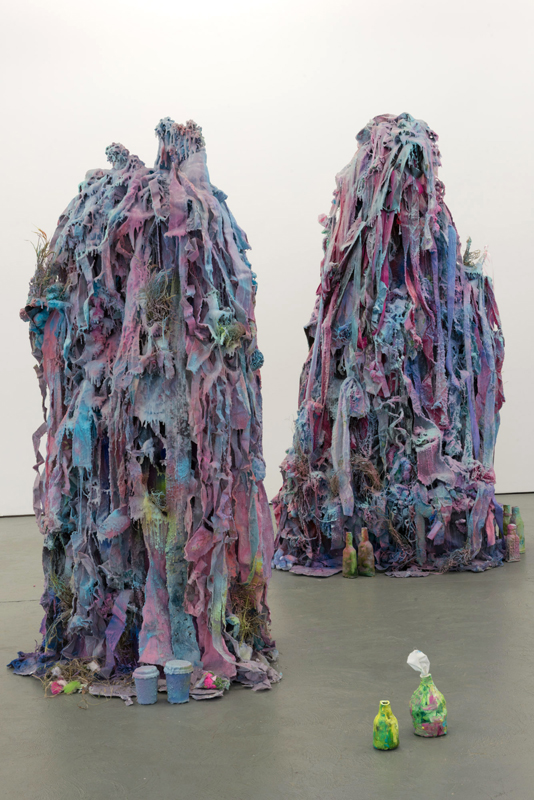 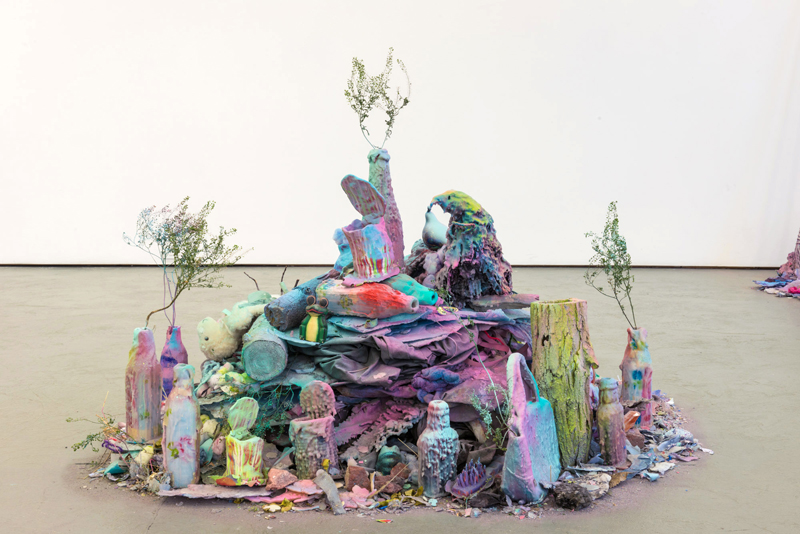 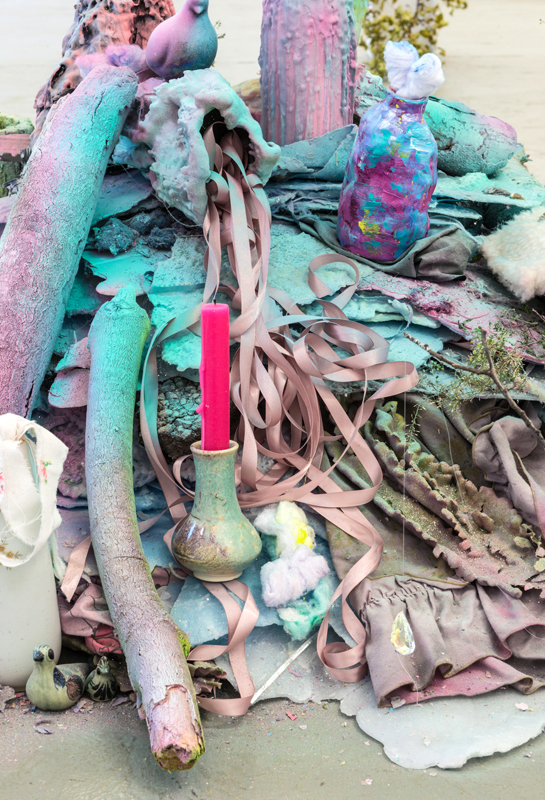 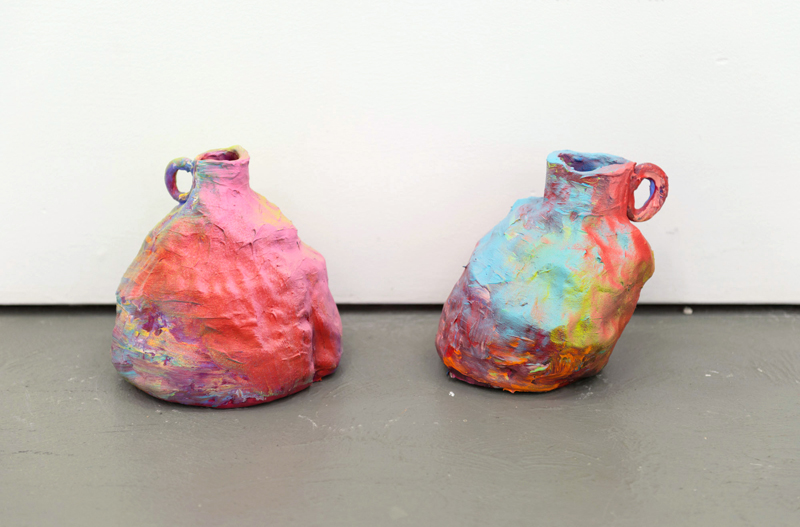 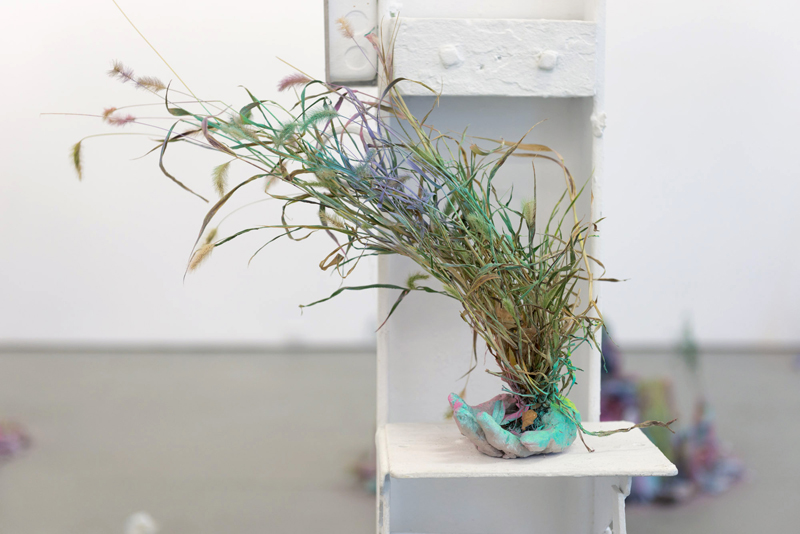 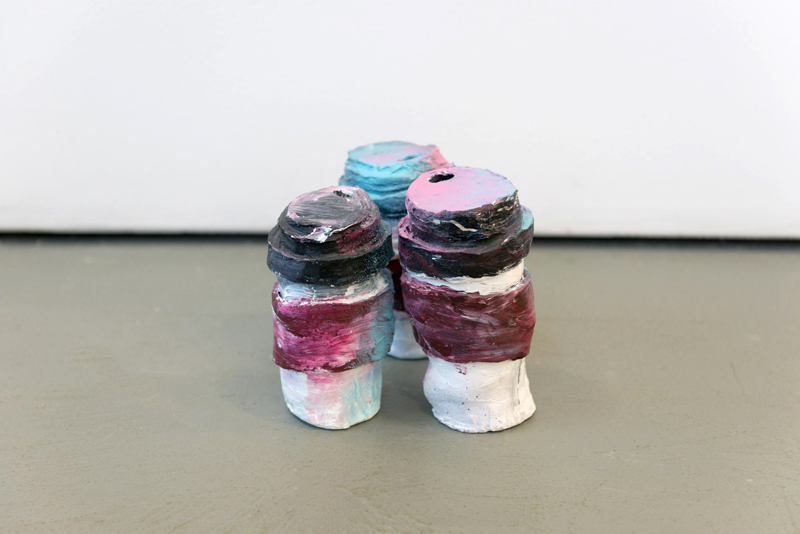 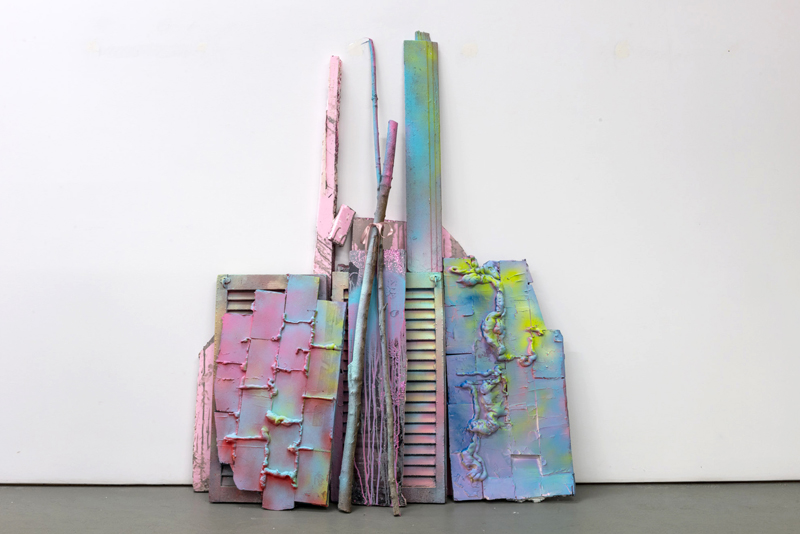 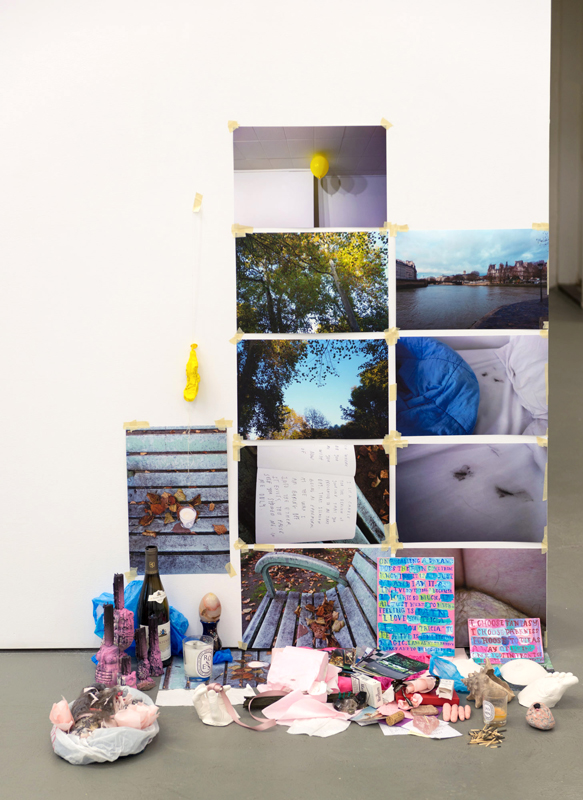 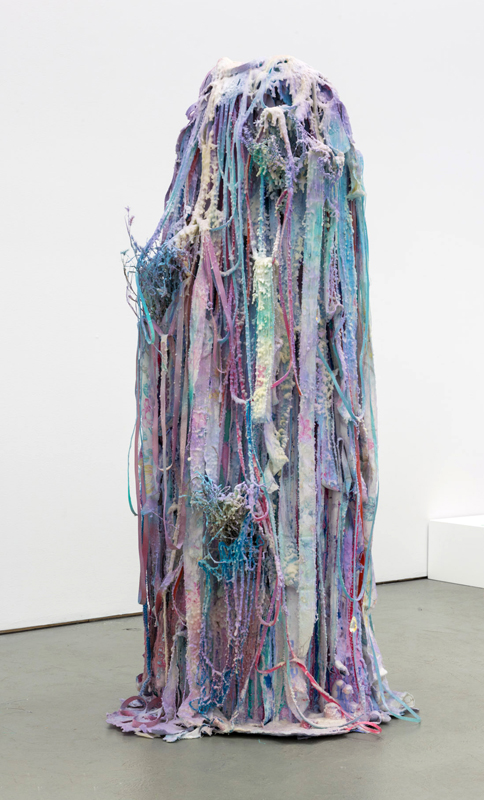 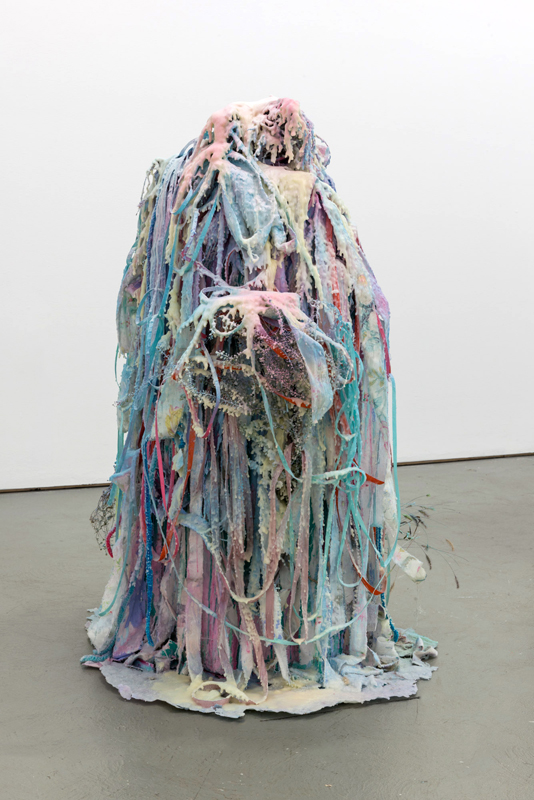 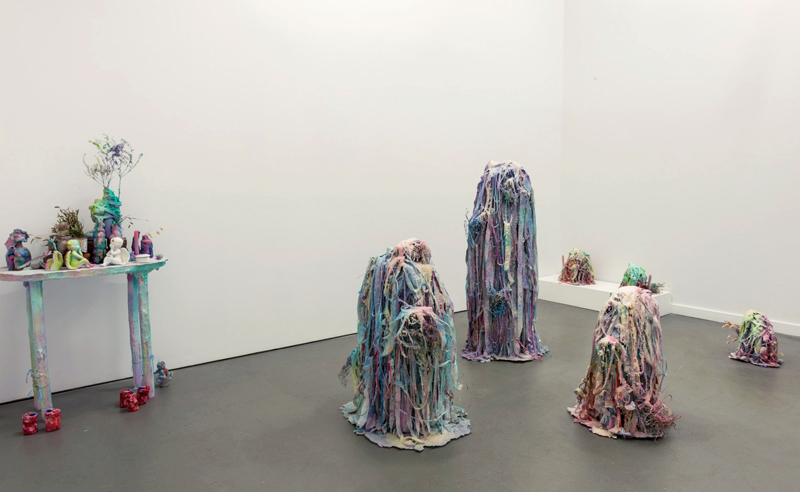 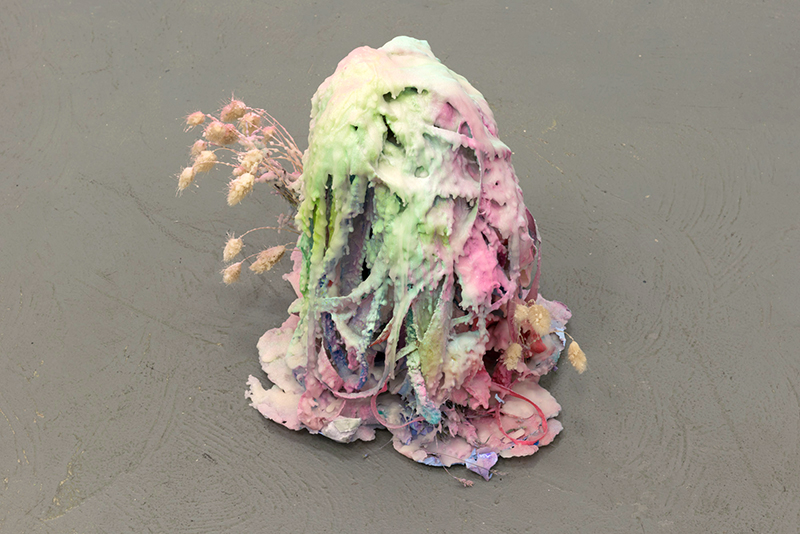 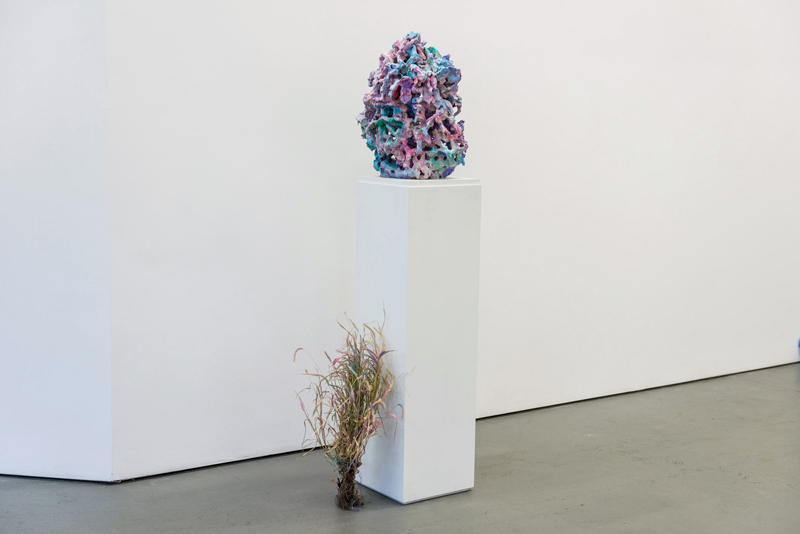 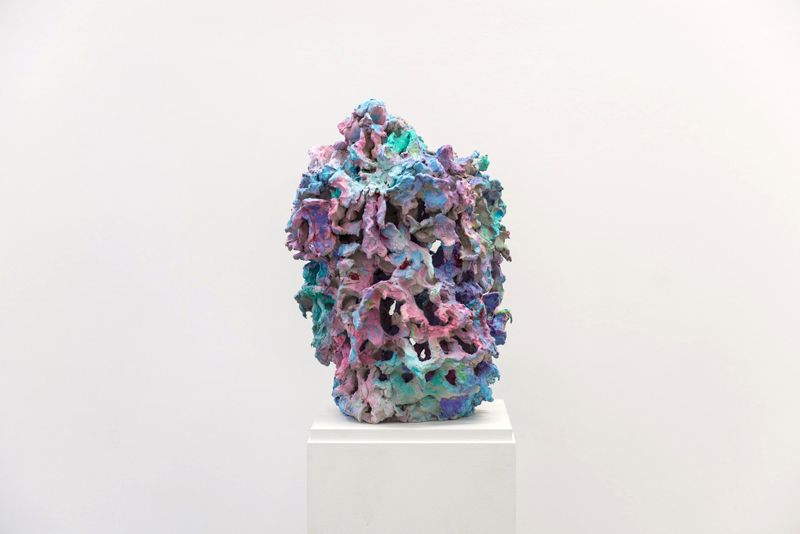 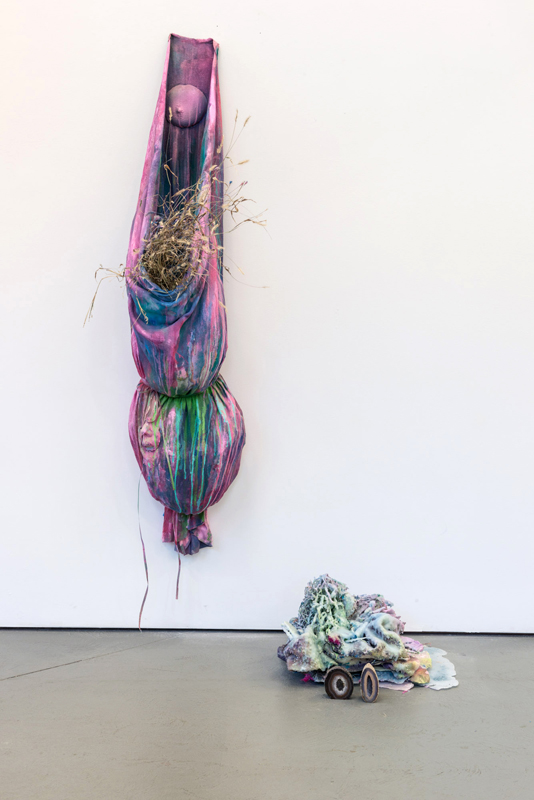 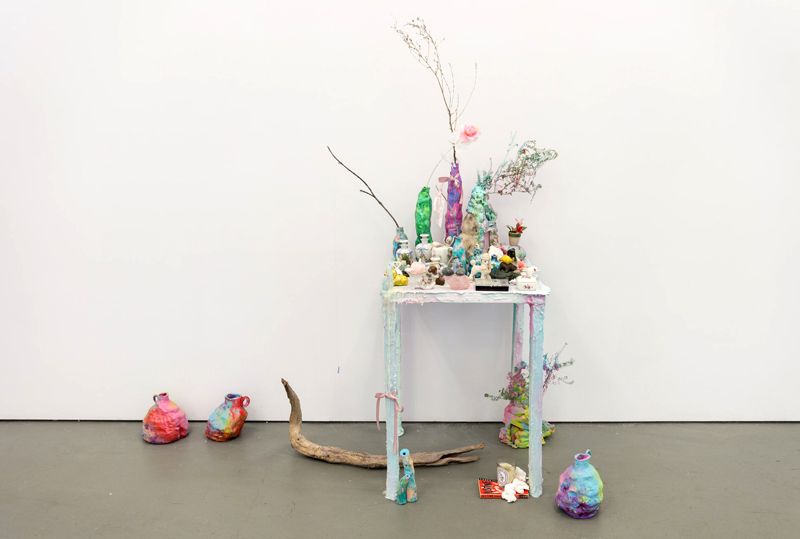 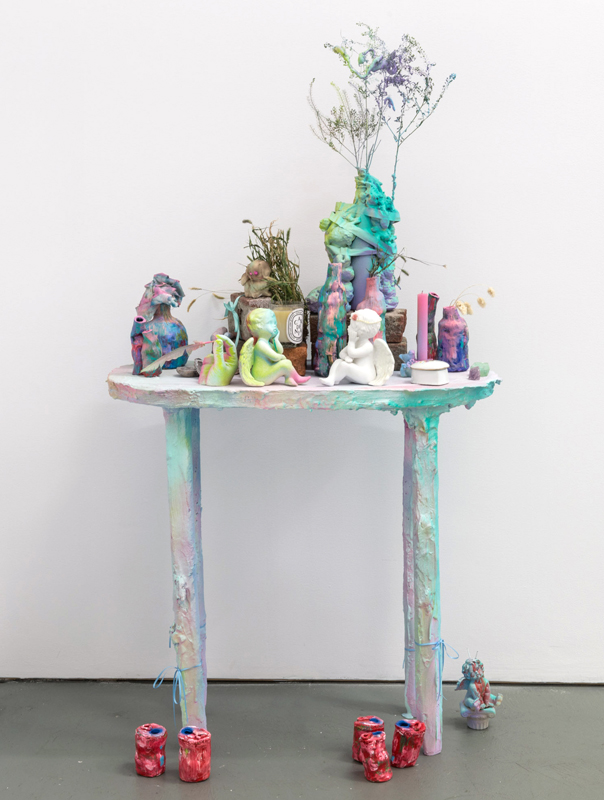 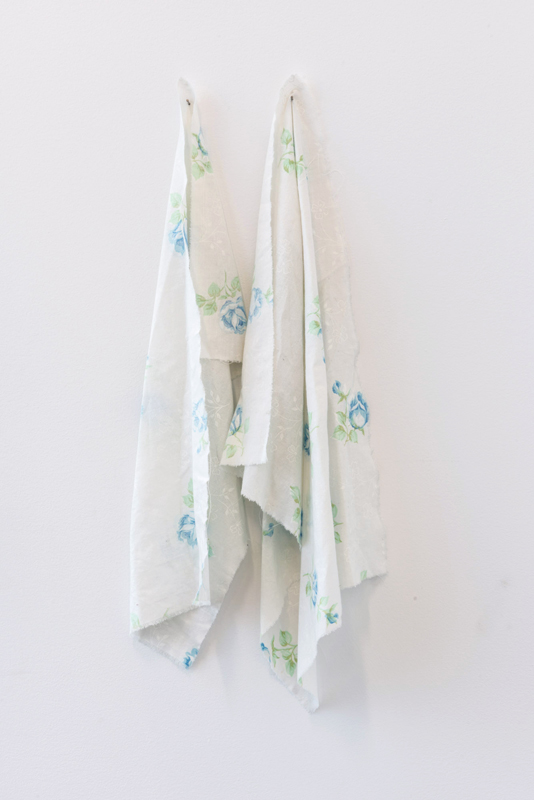 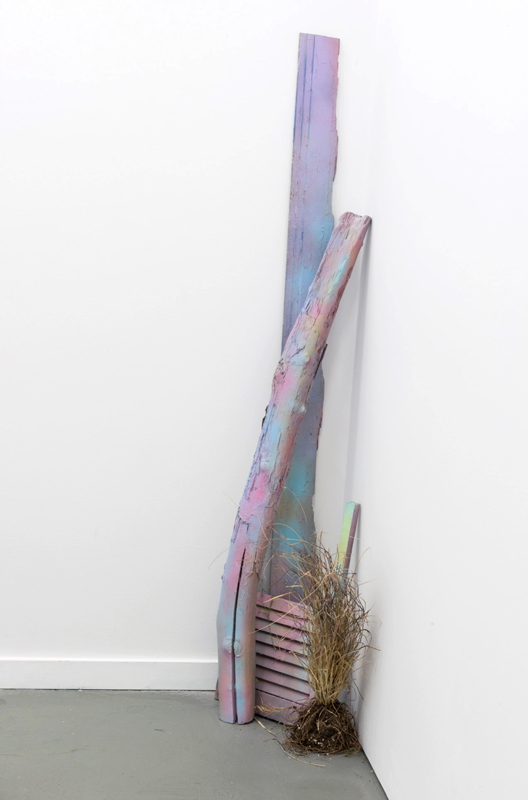 Galerie Antoine Ertaskiran is pleased to present Justine, the first solo exhibition by Tricia Middleton at the gallery. Tricia Middleton’s sculptures and architectural installations often engage notions of taste or aesthetic preference as ideological form, highly expressive of the times in which they emerge. Aesthetics can be understood as something Middleton’s work performs rather than a value that is intrinsic to it. Fascinated by the inevitable decline of all material towards collapse, Middleton collects objects from the world around her to juxtapose against repurposed relics from her studio production, amassing and grafting these items onto one another to create objects and environments that mimic natural processes of accretion and decomposition.

This excess, decomposition, and destruction are developed here through a re-working of the Marquis de Sade’s philosophy. Middleton’s Justine references elements of Sade’s work while evoking what Maurice Blanchot described as the lasting contribution of Sade, his work being the first instance of philosophy performed as an embodied self-destructive experiment creating the means to access an idea. For Sade, nature might be considered as the very spirit of negation, with destruction its dominant mode of expression. But within that seemingly limitless capacity for destruction, there is also an overwhelming joy in the creation that invariably follows; destruction is not an absolute. Here, Middleton envisions a different ending for Justine, who, after all, was just trying to survive corrupt forces not of her own making (and it’s not as though Sade himself never encouraged people to burn down a prison).

Justine gravitates around the tension and proximity between destruction and creation, as this work embodies both these forces, individually and in concert. Middleton’s approach to material suggests a level of ambivalence for the object while maintaining a deep respect for the freedom of the material as it stands apart from the figure of the artist. The work as such probably doesn’t want to exist, but nevertheless, through this collaboration, it will, and it must. This refusal to become, to eschew any possible boundary altogether, results in malformations and stratified accumulation, typical of the artist’s practice. Middleton views technique as a kind of violence on the thing that it hasn’t asked for; its very form is resistance to all force.

Born in 1972 in Vancouver, Tricia Middleton lives and works in Montreal. She attended Emily Carr University of Art and Design (1997) and completed her MFA at Concordia University (2005). She received the Victor Martyn Lynch Staunton Award in 2010, and her works are collected by the Musée d’art contemporain de Montréal as well as multiple private collections. Solo exhibitions presented recently in museums and galleries throughout Canada include the Dunlop Art Gallery (2015); Jessica Bradley Gallery (2014); Oakville Galleries (2012); Mercer Union, Toronto (2011); and the Musée d’art contemporain de Montréal (2009). Her work has been included in several group exhibitions, including Misled by Nature: Contemporary Art and the Baroque at the Art Gallery of Alberta, Edmonton (2012) and the Museum of Contemporary Canadian Art, Toronto (2014); Nothing to Declare: Current Sculpture from Canada at The Power Plant, Toronto (2010); la Triennale québécoise, Musée d’art contemporain, Montréal (2008) and De-con-structions at the National Gallery of Canada (2007). In 2016, Middleton will be part of the touring exhibition Material Girls, organized by the Dunlop Art Gallery.