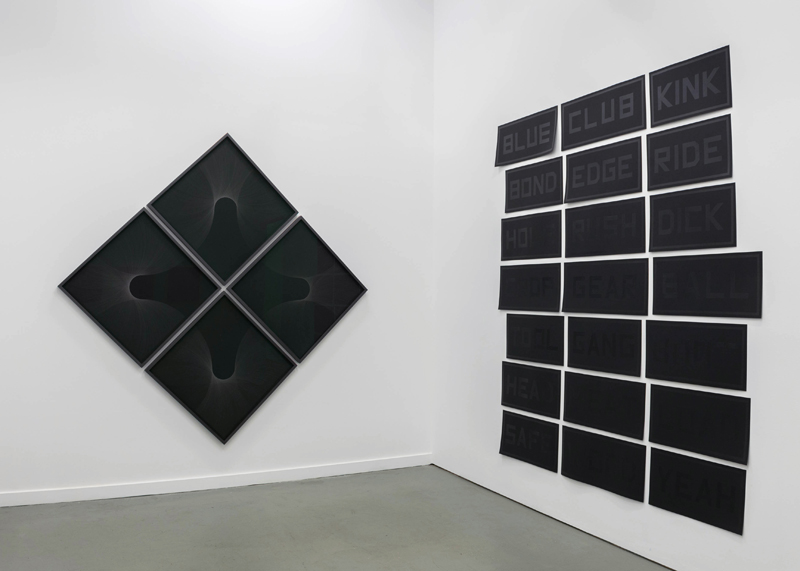 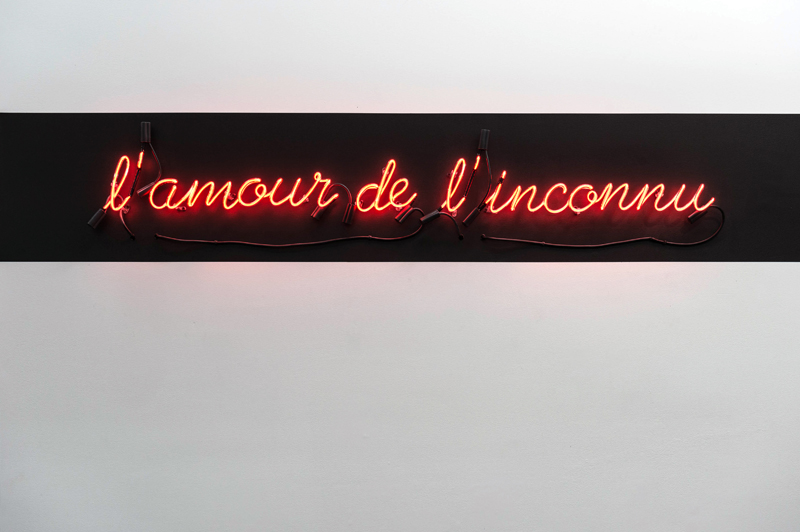 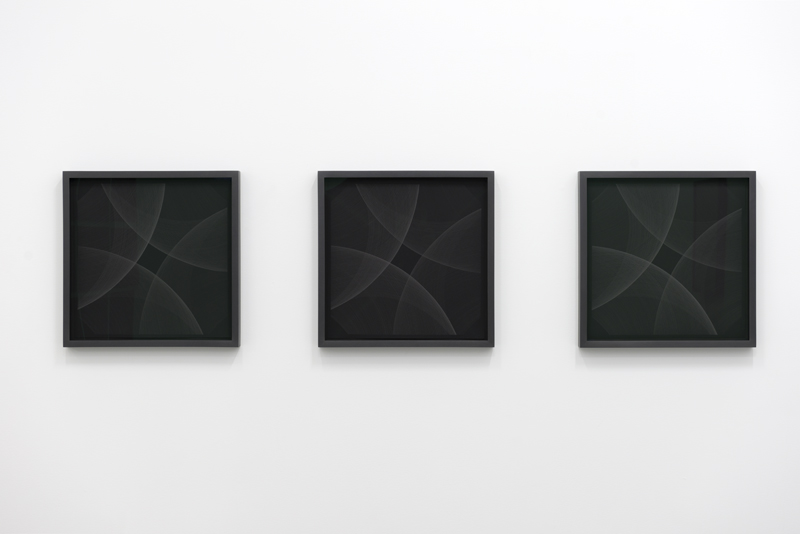 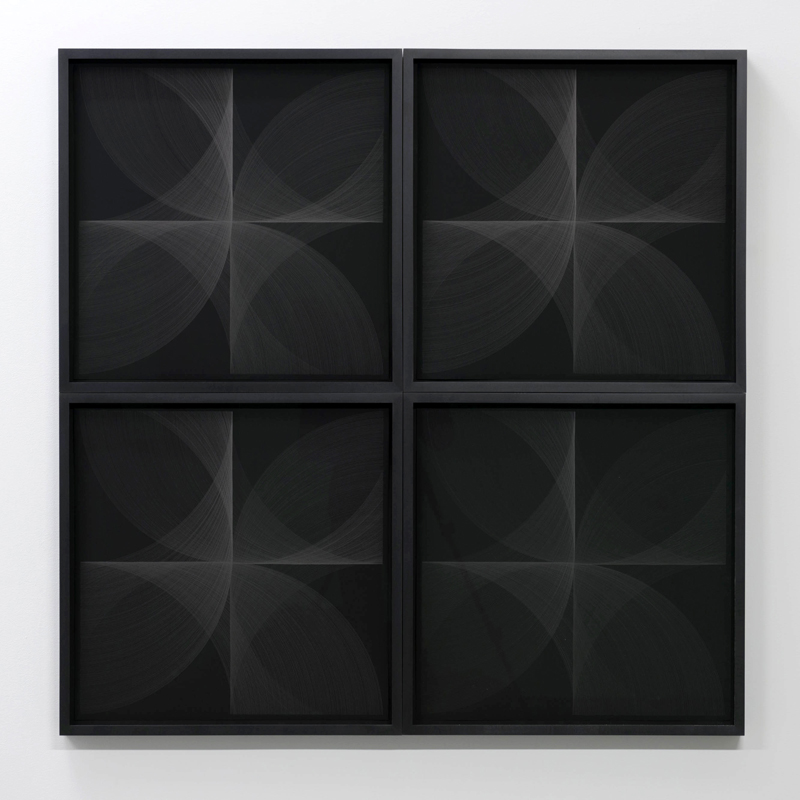 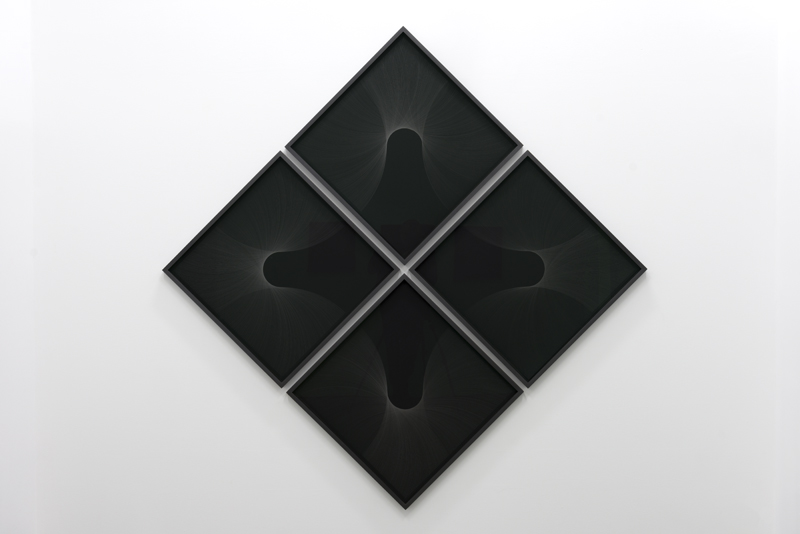 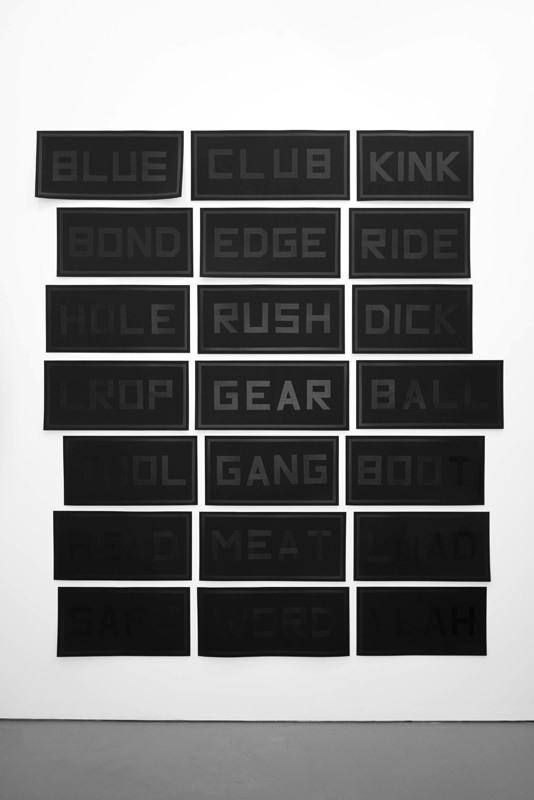 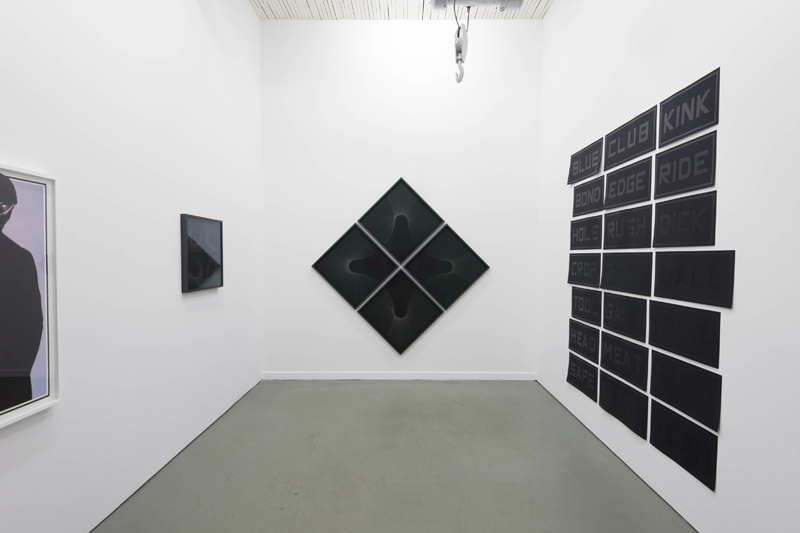 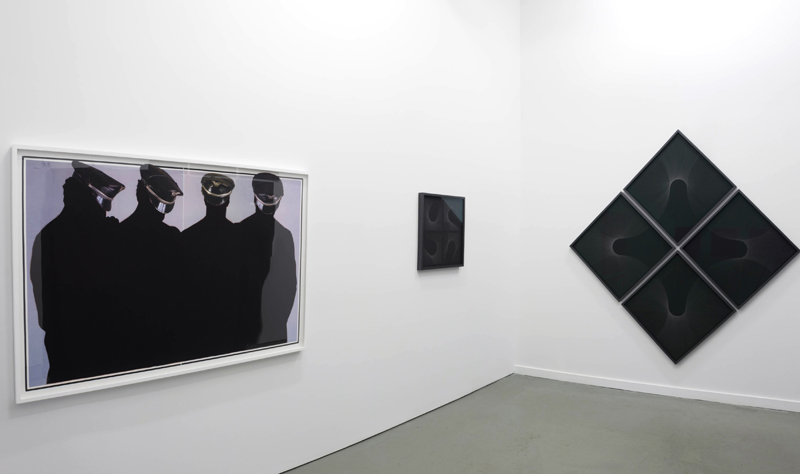 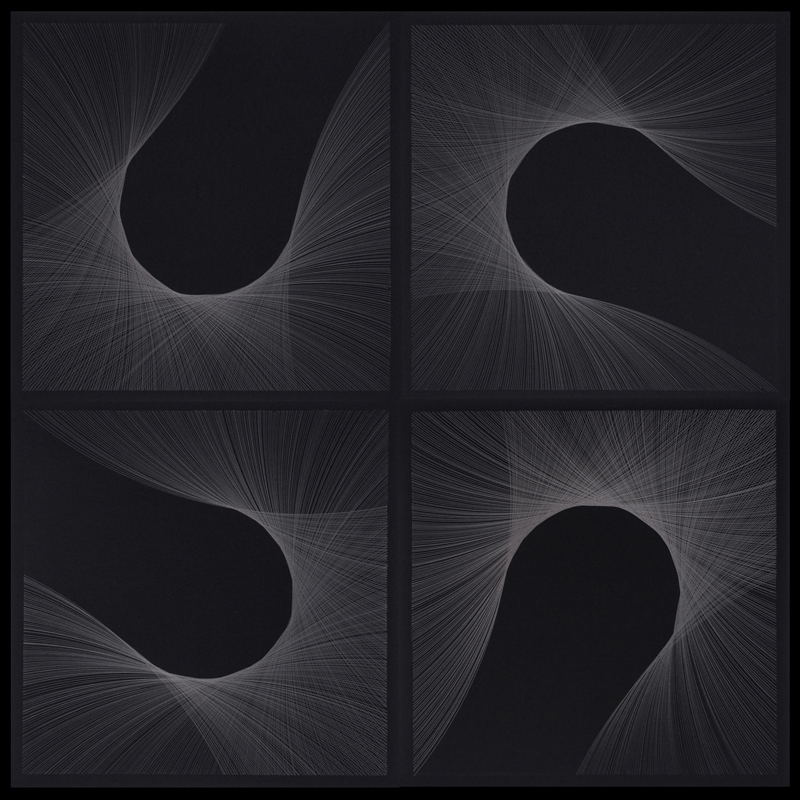 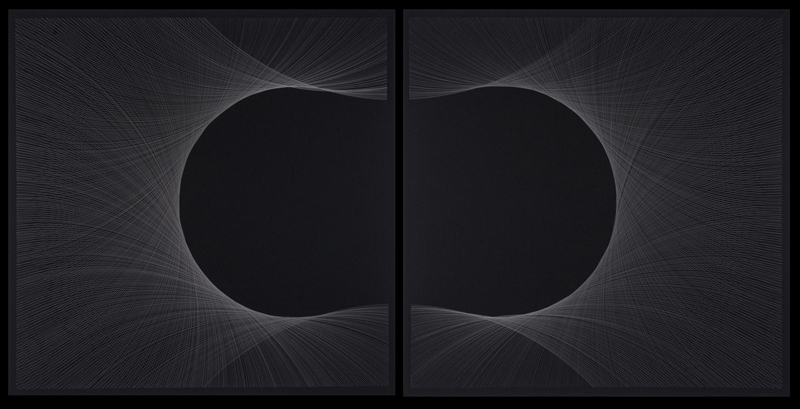 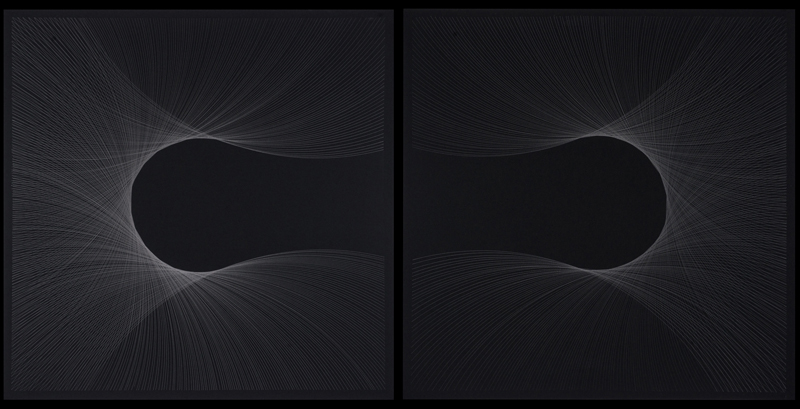 Galerie Antoine Ertaskiran is pleased to present its third solo exhibition by Mathieu Beauséjour, entitled l’amour de l’inconnu [love of the unknown]. The works included in this exhibition are a reflection on the place of marginality in a normative world. Heteronormativity, homonormativity, normcore, hipsterism, and gentrification, from personal identity to urban development—all is put into place so that exceptions and margins disappear, absorbed in a universal language that speaks to everyone, even if they don’t belong. The drawings displayed are polyptychs in their composition, a testament to the artist’s formal and plastic exploration of the interrelation between a centre and its periphery. The drawing is done on black surfaces using repetitive circular motions guided by a compass. The axis of the compass is placed outside the drawn surface. In this way, the artist brings in an influence from the margin to the centre of the drawn gesture.

In the main hall where the work l’amour de l’inconnu (2016) is displayed, there is a red neon sign that’s meant to evoke “red light” districts and other dodgy neighbourhoods, which have practically disappeared nowadays. The phrase suggests the exceedance of reason, morality and knowledge and asks the question: can we love what we do not know? The unknown is undefined. When it’s a person, it involves anonymity, meaning that ANYTHING is possible.

This exhibition is an echo of a second body of work currently on exhibit at the Montreal Museum of Fine Arts, which includes video projects, photography and graphical artwork suggesting a plastic elaboration of the relationships between different observables forces in the fields of economics, politics, and philosophy. Mathieu Beauséjour also has works in the museum’s permanent collection of Mediterranean art, as artwork from his personal collection is temporarily replacing artefacts in its numismatic collection. This exhibition, entitled The Shapes of Politics, is on display until June 12, 2016.

Mathieu Beauséjour lives and works in Montreal. His artwork has been presented in Canada and in Europe, in museums, art centres, and public and private galleries, as well as at international biennales. His works have recently been shown in a number of solo and group exhibitions, such as the Centre d’exposition de Saint-Hyacinthe and the Musée Régional de Rimouski with the exhibition La Révolte de l’imagination – Une Rétrospective, at the Musée d’art contemporain de Montréal during the 2014 exhibition La Beauté du geste, the Québec Triennial in 2011, and Manif d’art 7 in the City of Québec in 2014. His work has been described in several exhibition catalogues, most recently in one that was published in March 2015 under the direction of exhibit curator Andréanne Roy. Mathieu Beauséjour’s works can be found in many public and private collections, including those of Bank of Montreal, Loto-Québec, Musée national des beaux-arts du Québec, the Musée d’art contemporain de Montréal and Giverny-Capital among others. He currently has an artist’s studio at the Darling Foundry (Montreal) sponsored by the Montreal Museum of Fine Arts.