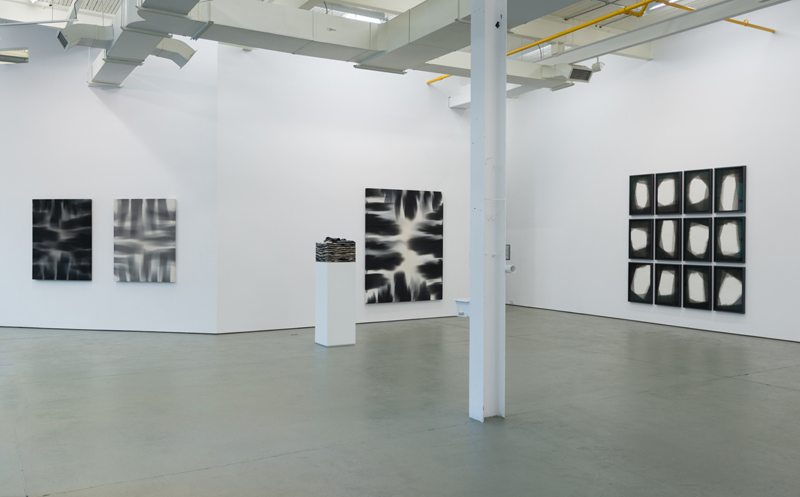 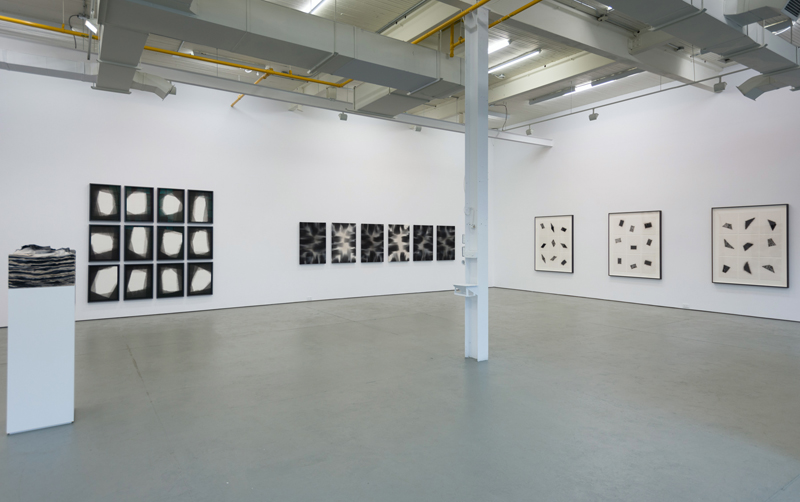 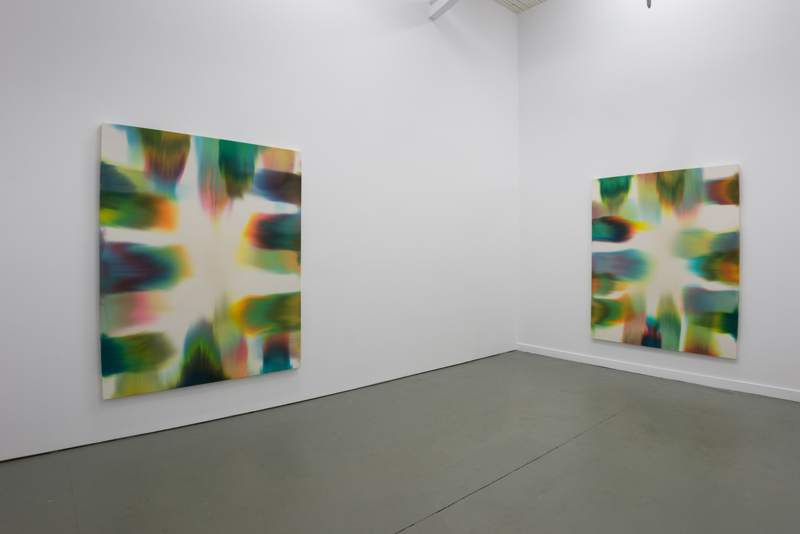 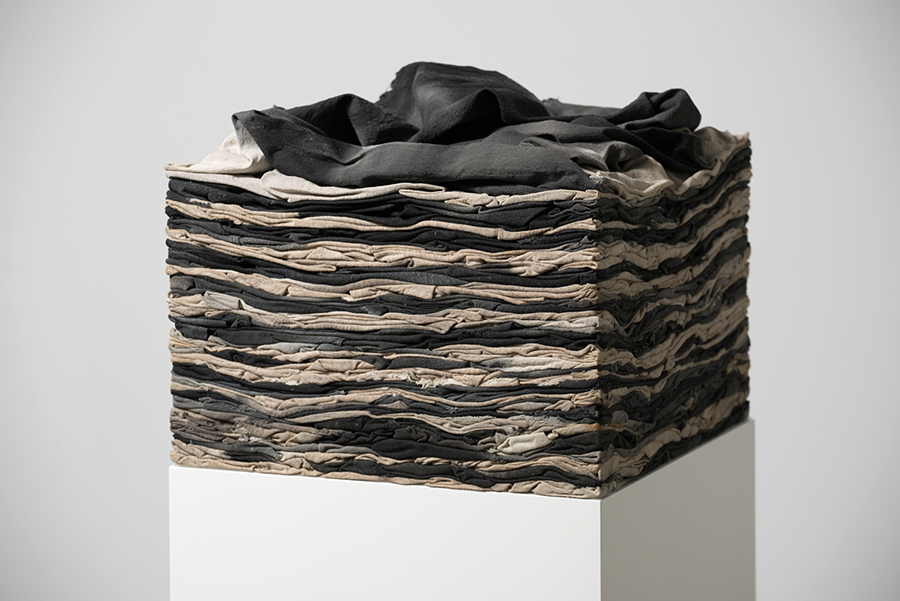 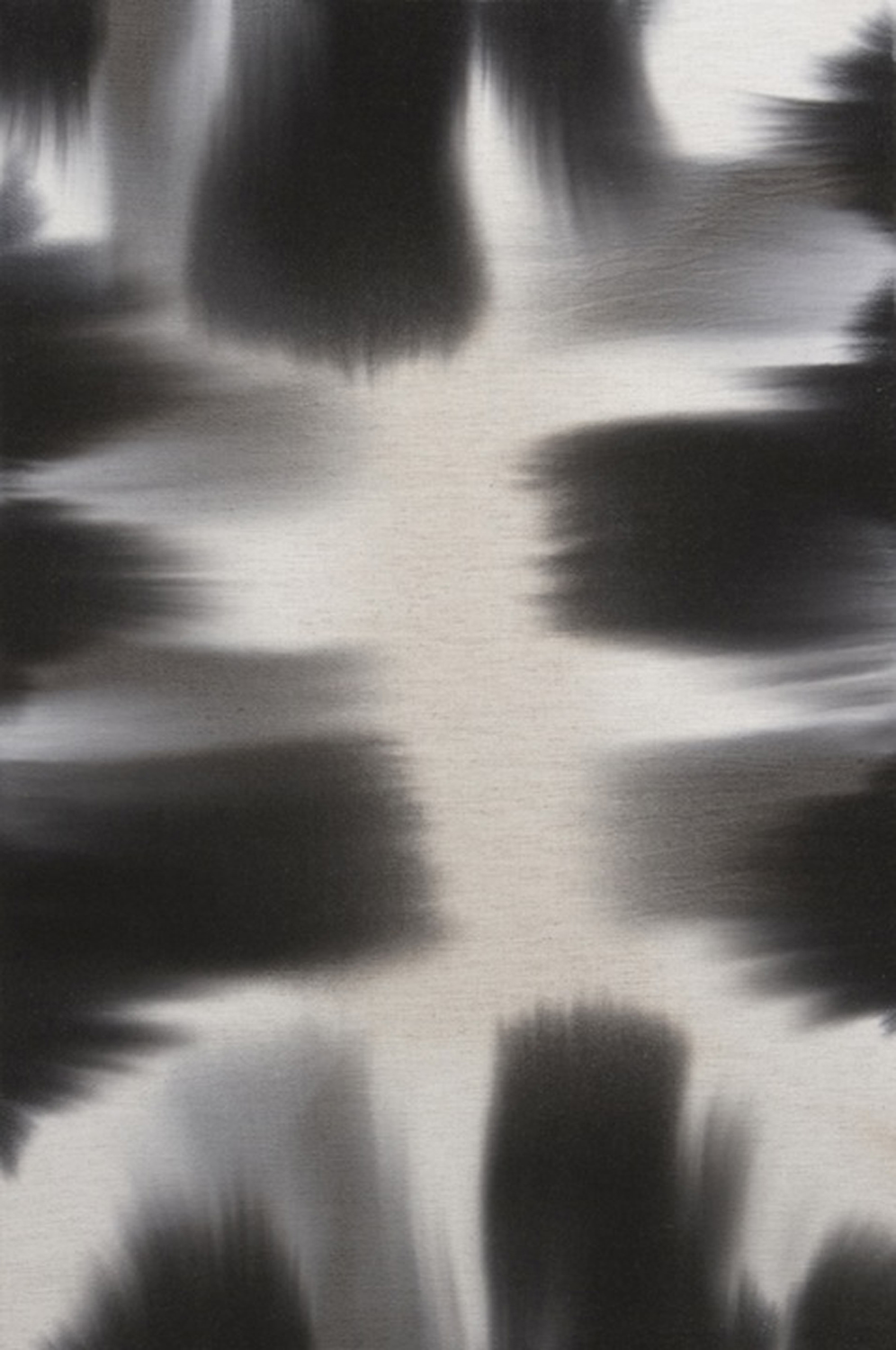 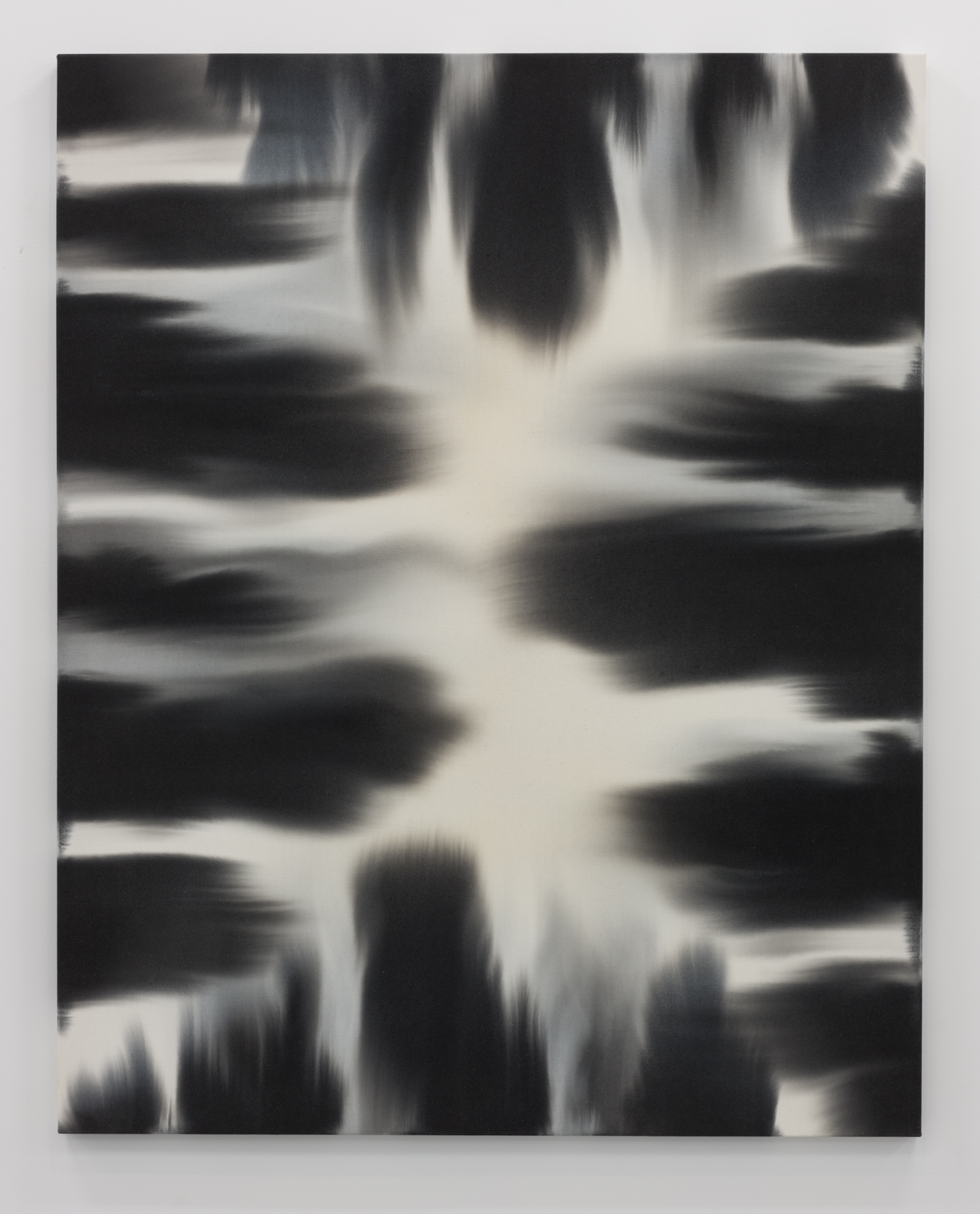 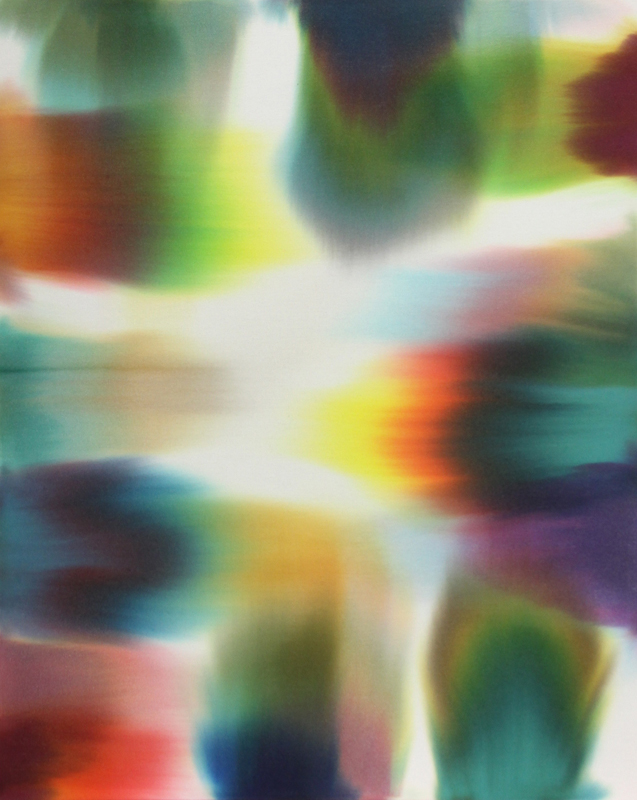 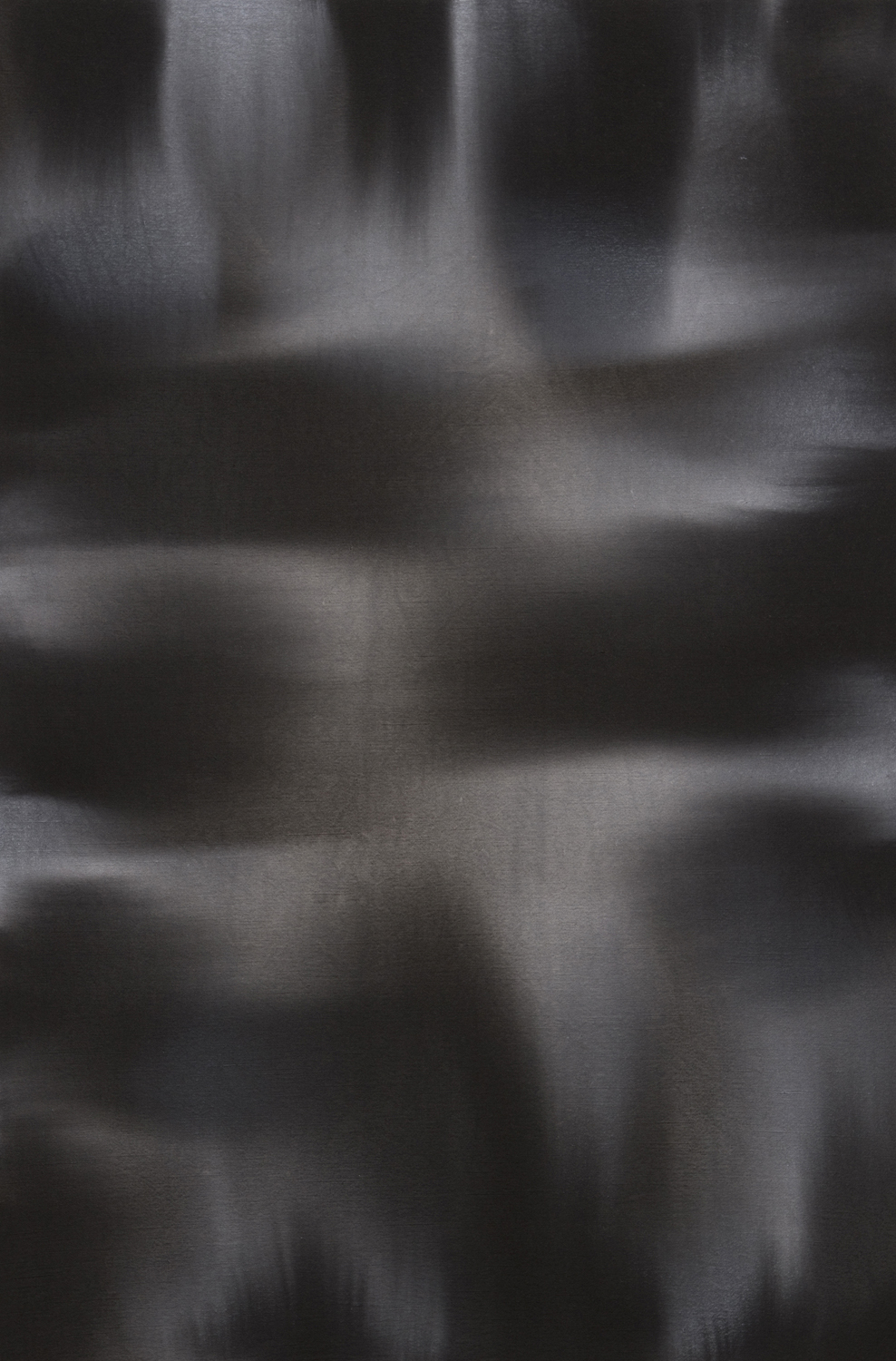 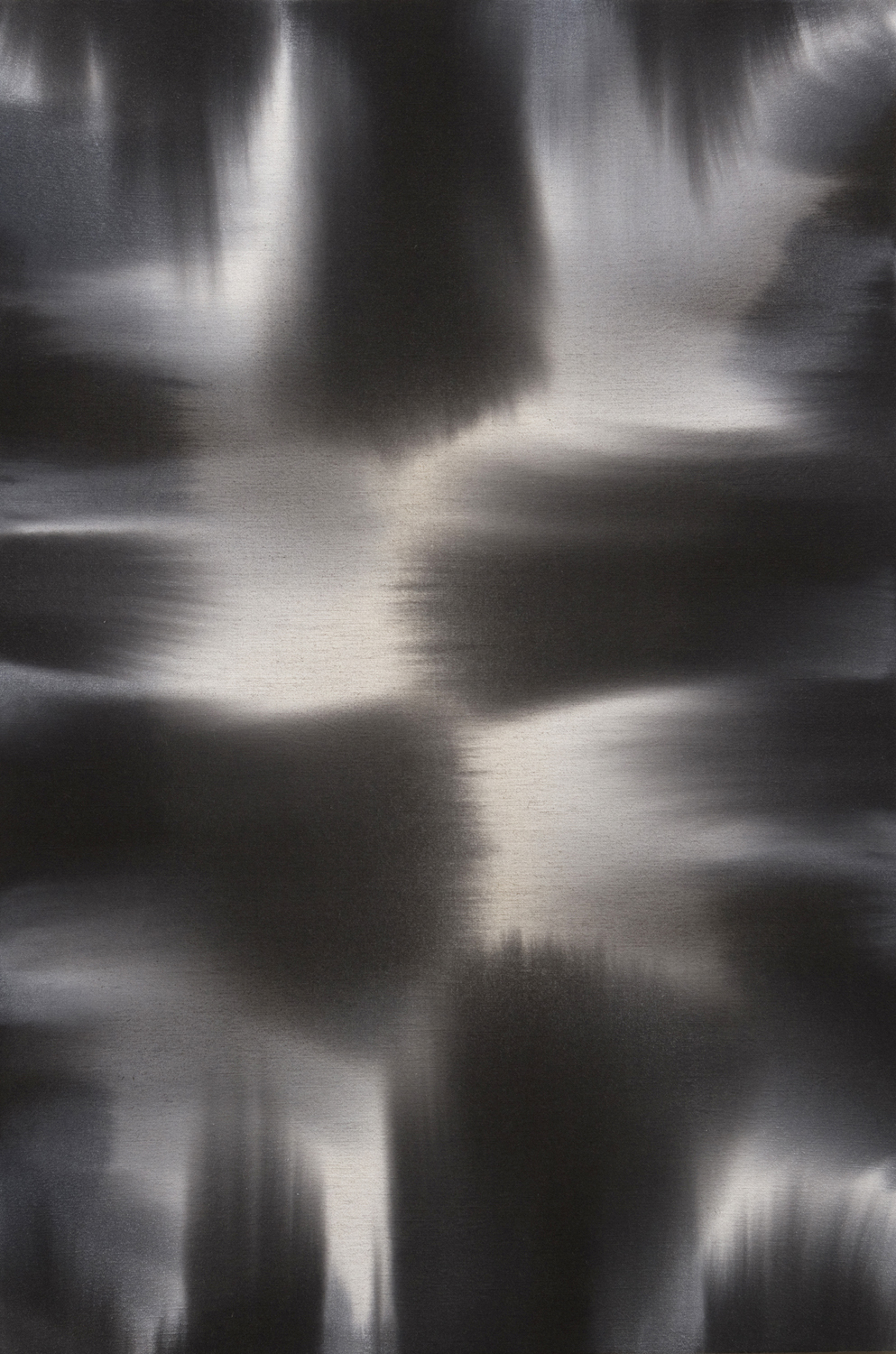 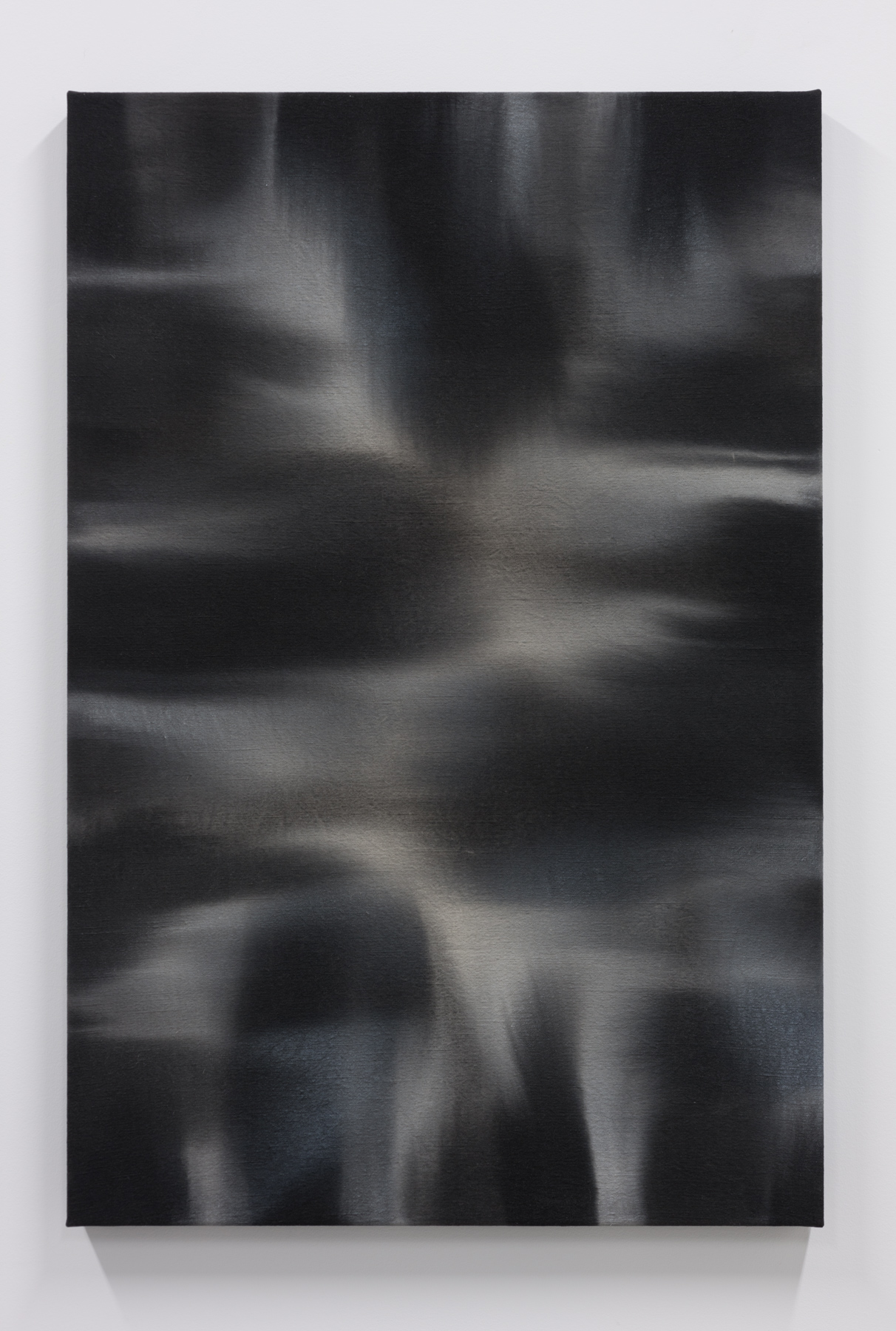 Galerie Antoine Ertaskiran is proud to present Luce Meunier’s second solo exhibition at the gallery. This exhibition entitled Lignes de courant includes a recent production for which the artist created several new pictorial techniques. As part of her exploration of geometric abstraction, the artist has chosen a plastic and formal approach that brings notions of work, time spent, and the works’ production tools into play. Organizational structures are also highlighted. They are the result of simple, repeated actions that give rise to rich forms that are never themselves repetitive.

Luce Meunier’s works are created based on voluntary and pre-established rules and constraints. They are first and foremost the product of an investigation into forms requiring patience and effort in the studio. The artist used this approach in 2013 for a series of watercolours entitled Espace intérieur/extérieur. To produce the works, she immerses the paper in a coloured solution, revealing its hazy lines. Transparent nuances emerge and a cadence is generated by the liquid levels. Successive soaking gradually brings out spaces, movement, and structures that are superposed and transparent, resulting in low-key compositions.

This new body of work begun during a creative residency at the Banff Centre in 2014 and is composed of two distinct series. The Géométrie variable series consists of a geometric composition surrounding the imprint of a sponge reimagined as a formal signature. The sponge, at the centre of the creative process, becomes a reference object. Untouched or carved up, alone or paired, this object, soaked in black ink and placed on paper, leaves behind a diffuse impression.

From this technique, which was also adapted and reinvented for use on canvas, a series of canvas-based works were created, entitled Flot and Eaux de surface. In these works, tool-based markings are abandoned in favour of a limited interaction with the medium. Coloured sponges are arranged so as to make the pictorial medium “take action.” They release their reserves of colour when soaked and then placed on the canvas. The flowing paint then freely follows an unpredictable path, exploring and energizing the space. The pigmented liquid melts with the medium, becoming incorporated rather than resting on its surface. The artist manipulates and controls these coloured liquids while preserving the work’s formal simplicity.

Luce Meunier, born in 1973, lives and works in Montreal. She was a finalist in the RBC Canadian Painting Competition in 2006. Her works have recently been presented at the Dunlop Art Gallery in Regina, Plein sud in Longueuil, the Birch Libralato Gallery in Toronto, the Centre d’art et de diffusion CLARK in Montreal, and Parisian Laundry in Montreal. Luce Meunier has been awarded several residencies; in particular, those at the Banff Centre (2014) and at Le Lobe, an art centre in Chicoutimi. Her works can be found in many private, corporate, and institutional collections, like the Prêt d’œuvres d’art collection of the Musée national des beaux-arts du Québec, the National Bank Collection, the Hydro-Québec art collection, the BMO Corporate Art Collection, and the Tedeschi Collection.

Luce Meunier and Galerie Antoine Ertaskiran wish to thank the CALQ and SODEC for their financial assistance.