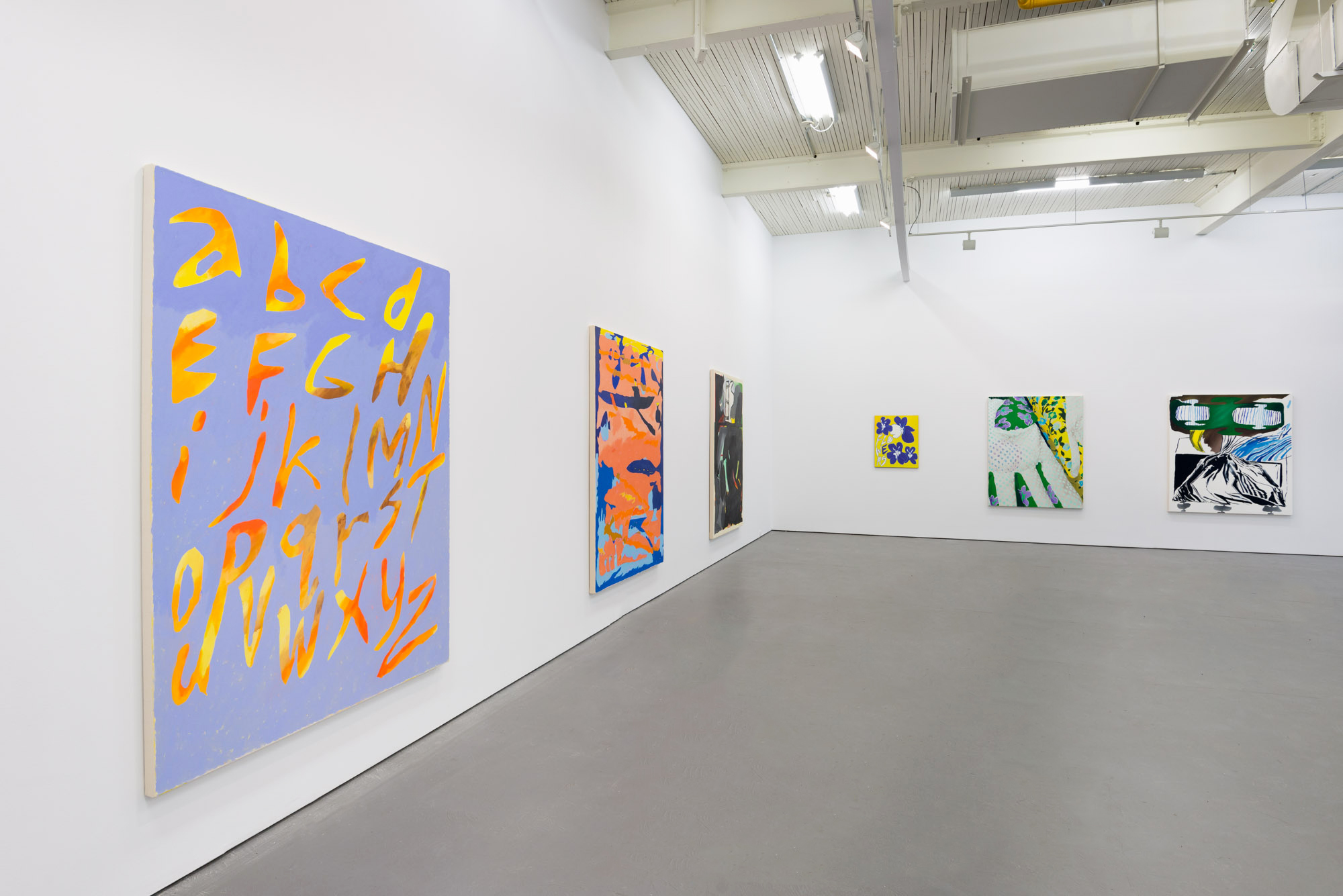 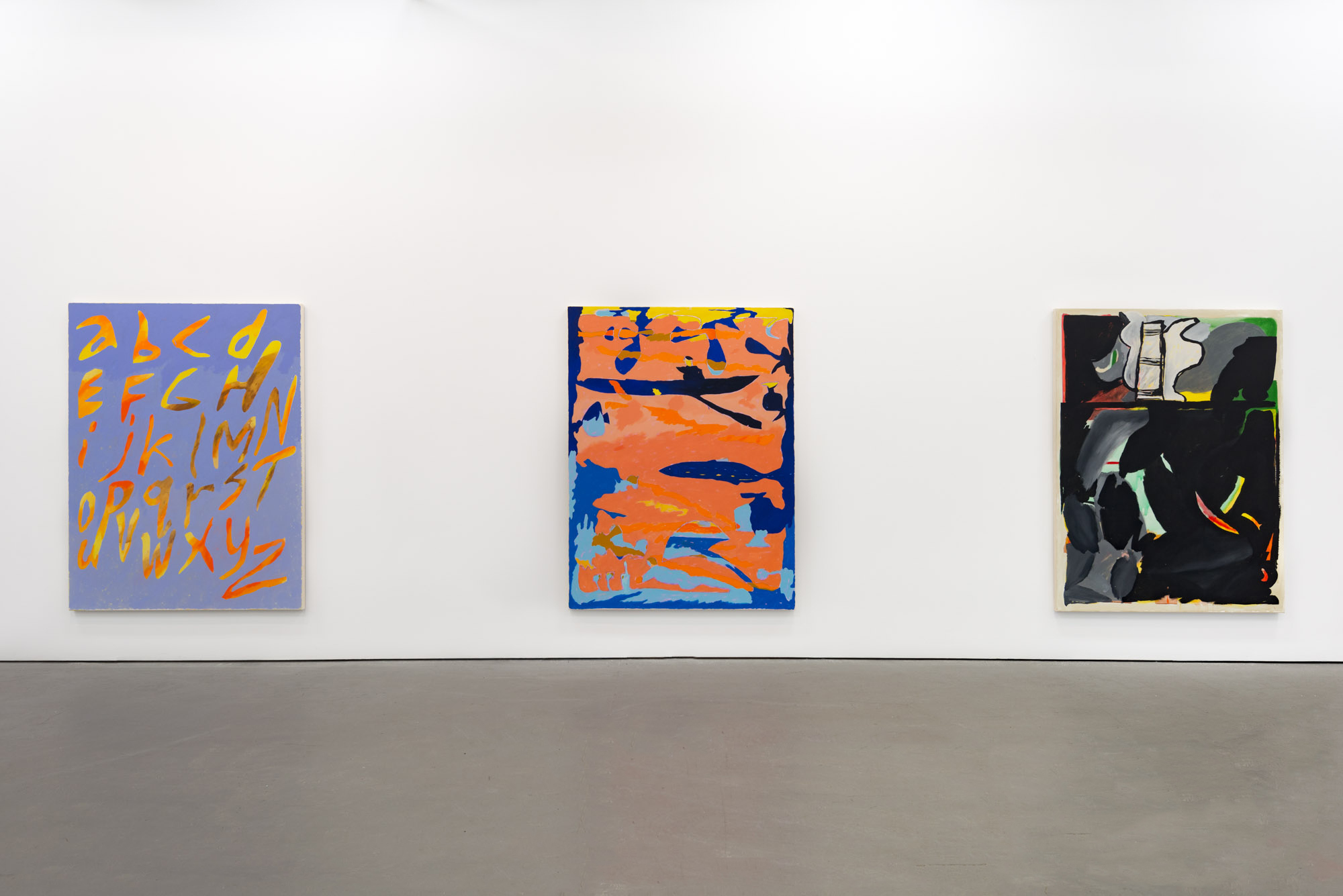 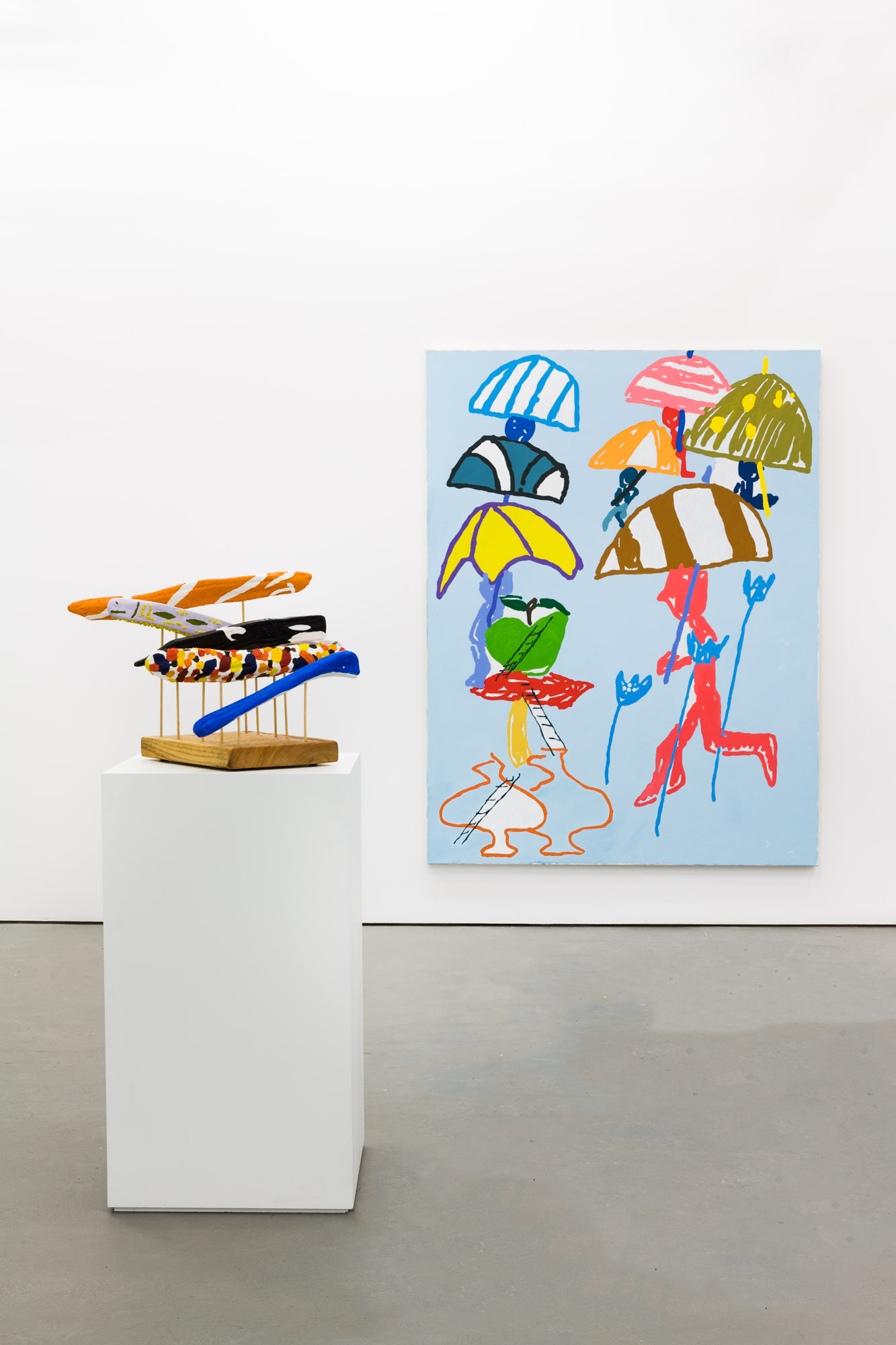 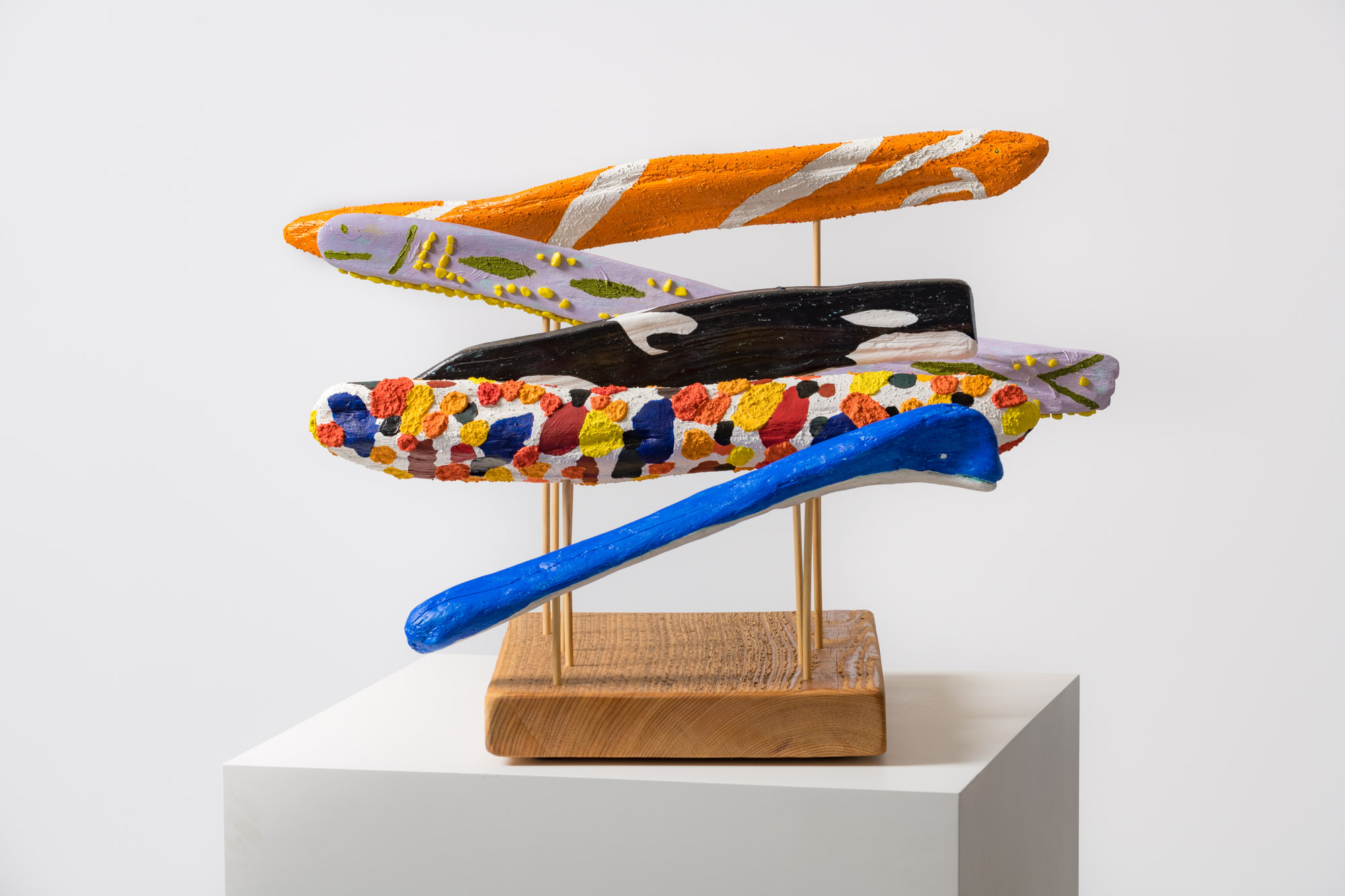 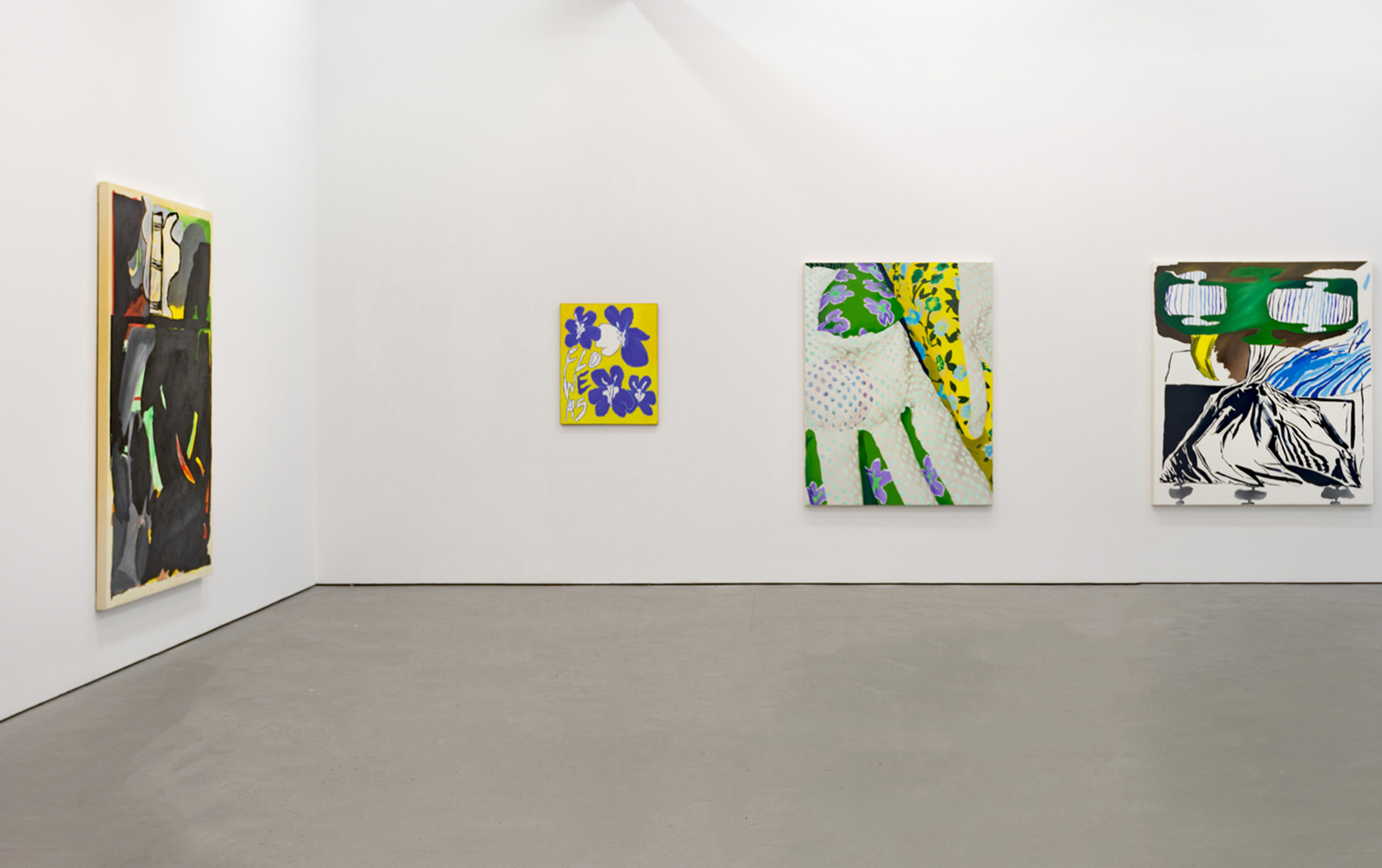 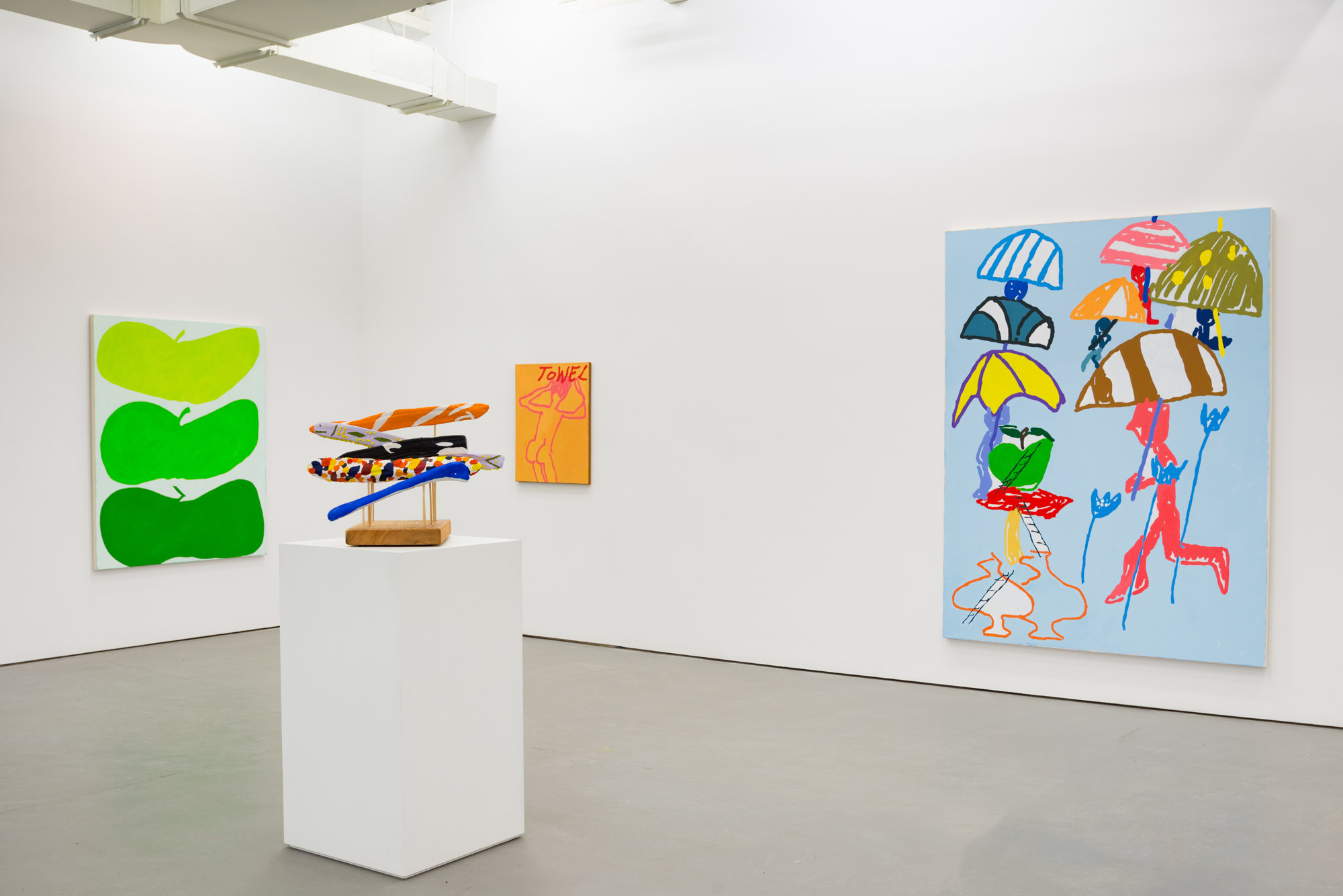 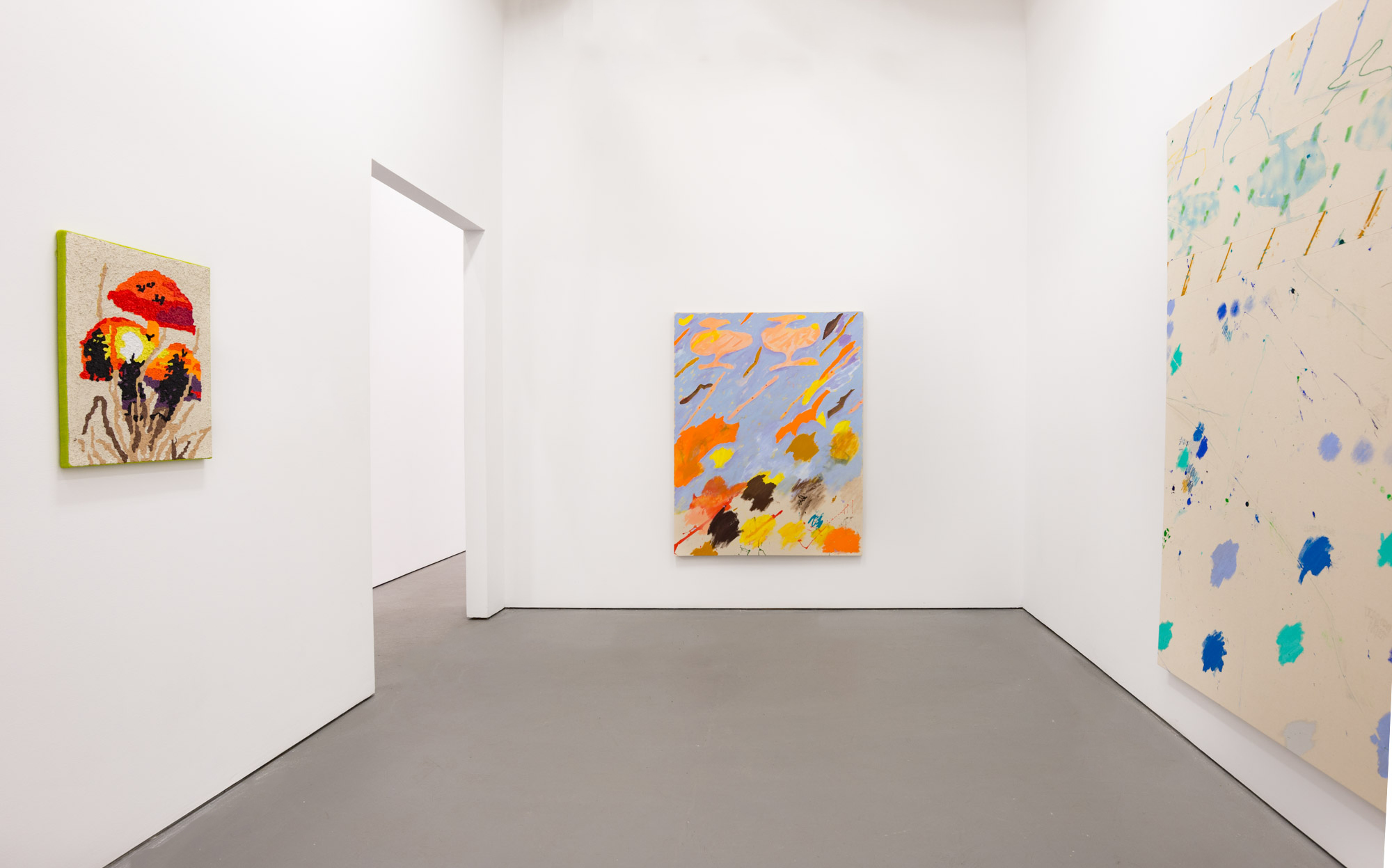 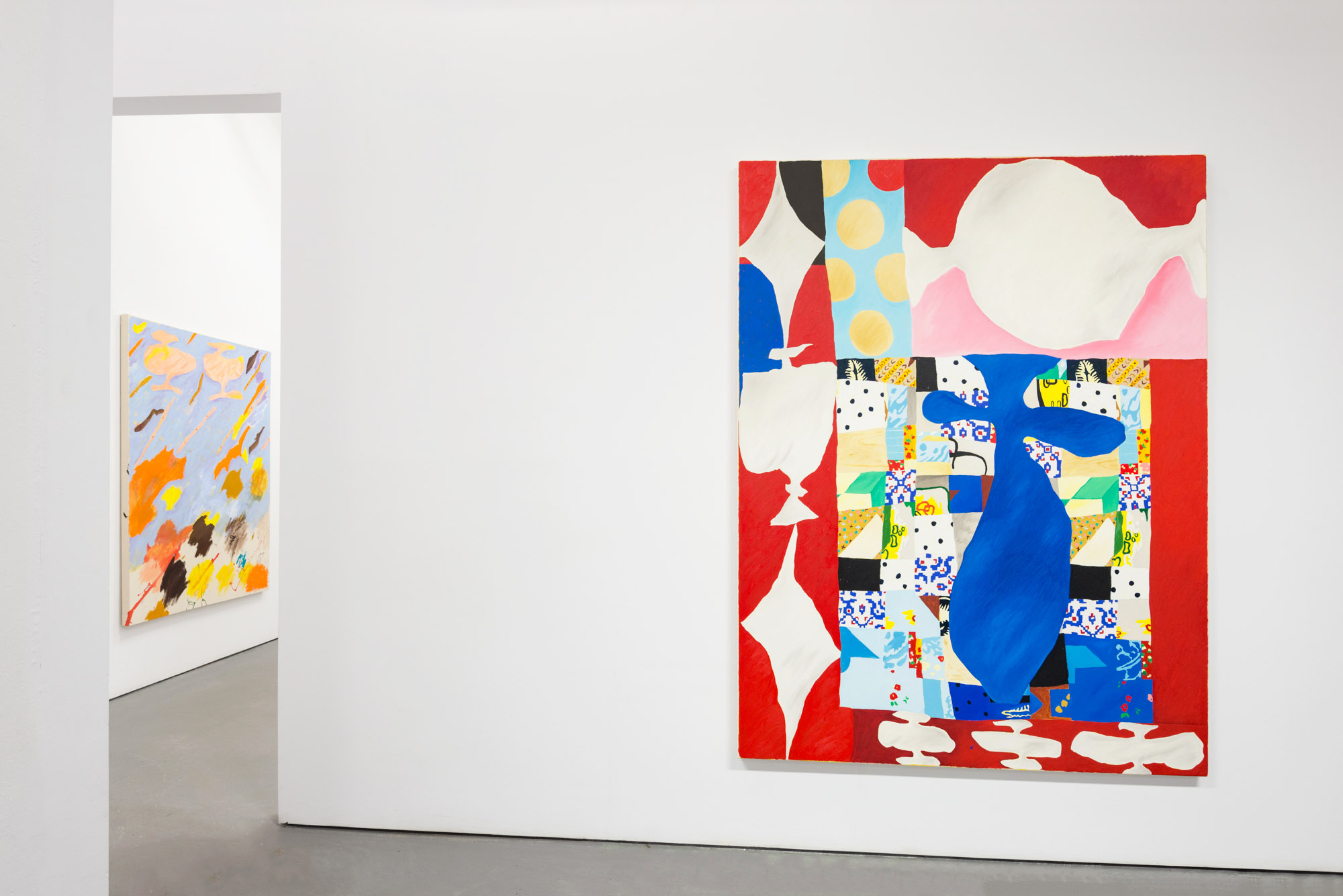 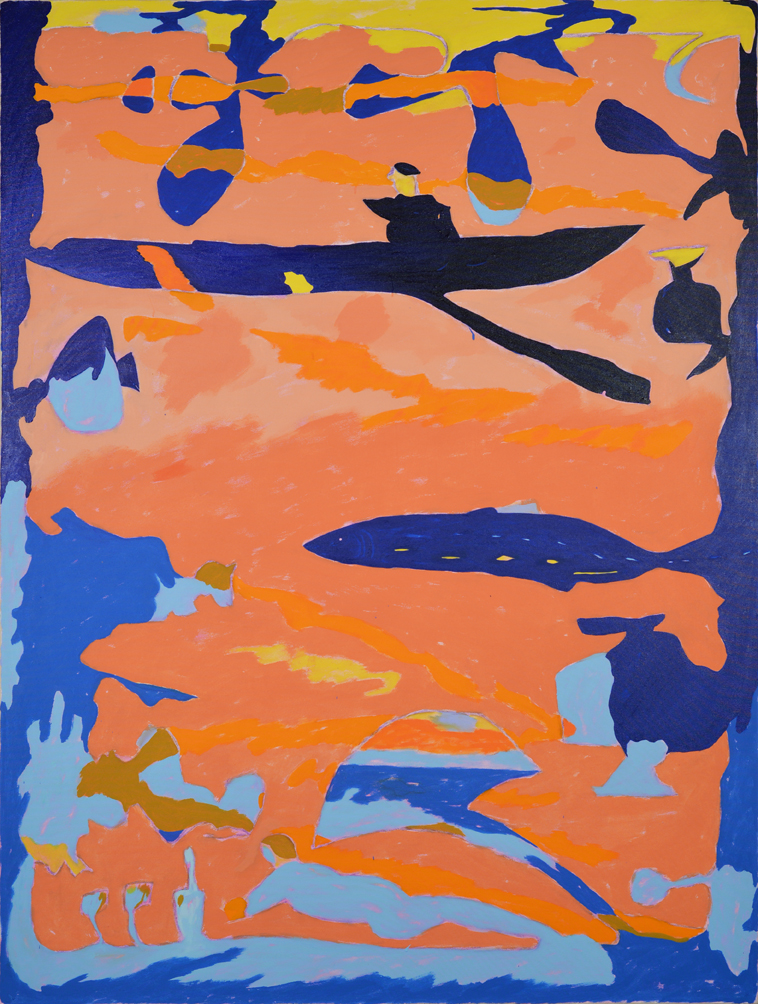 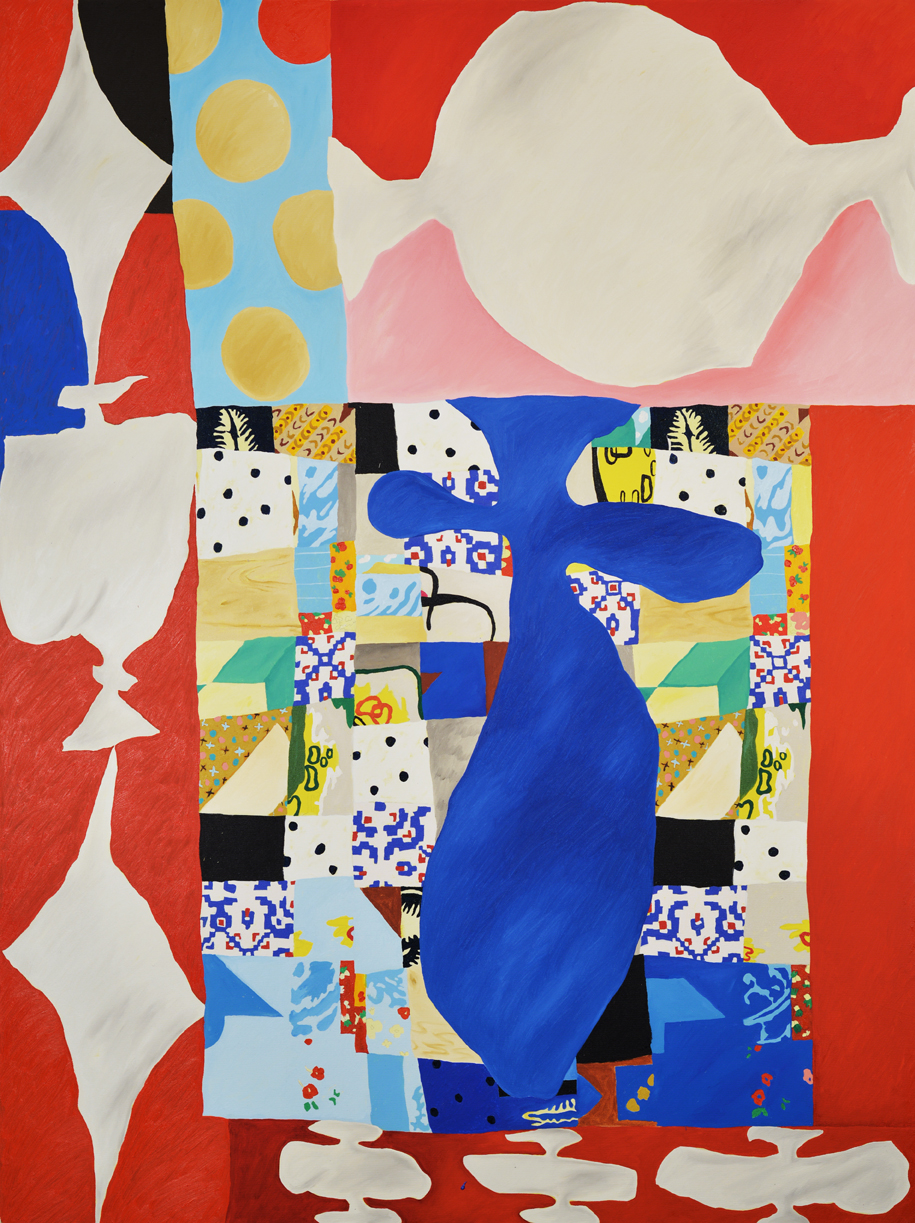 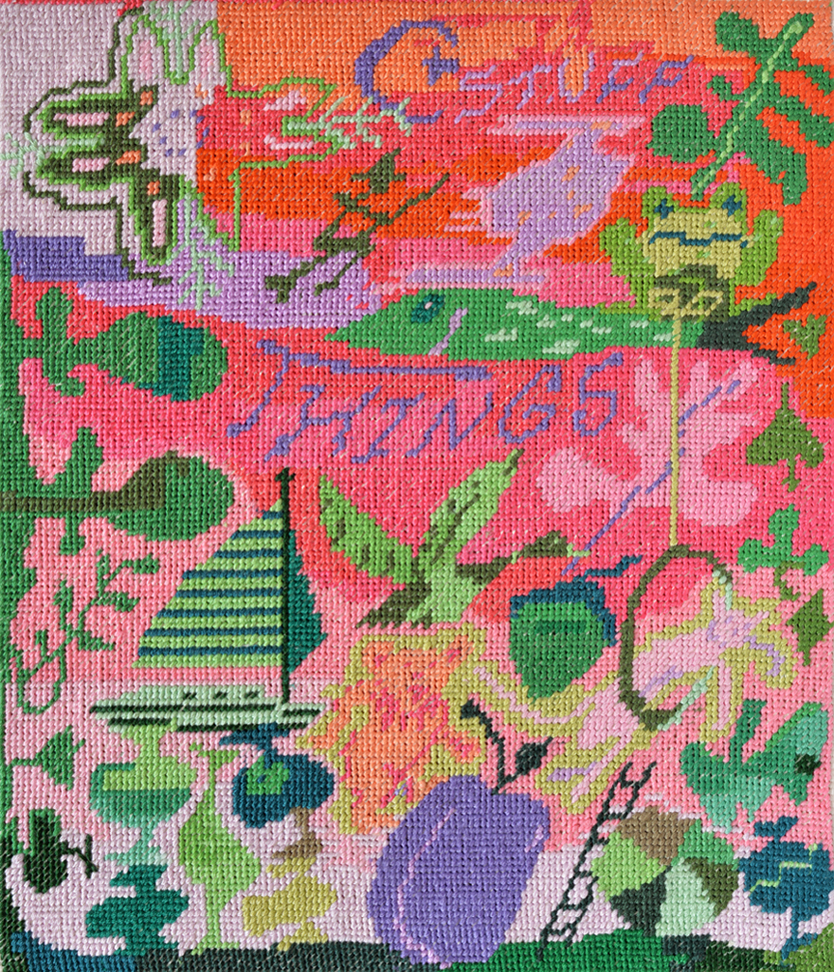 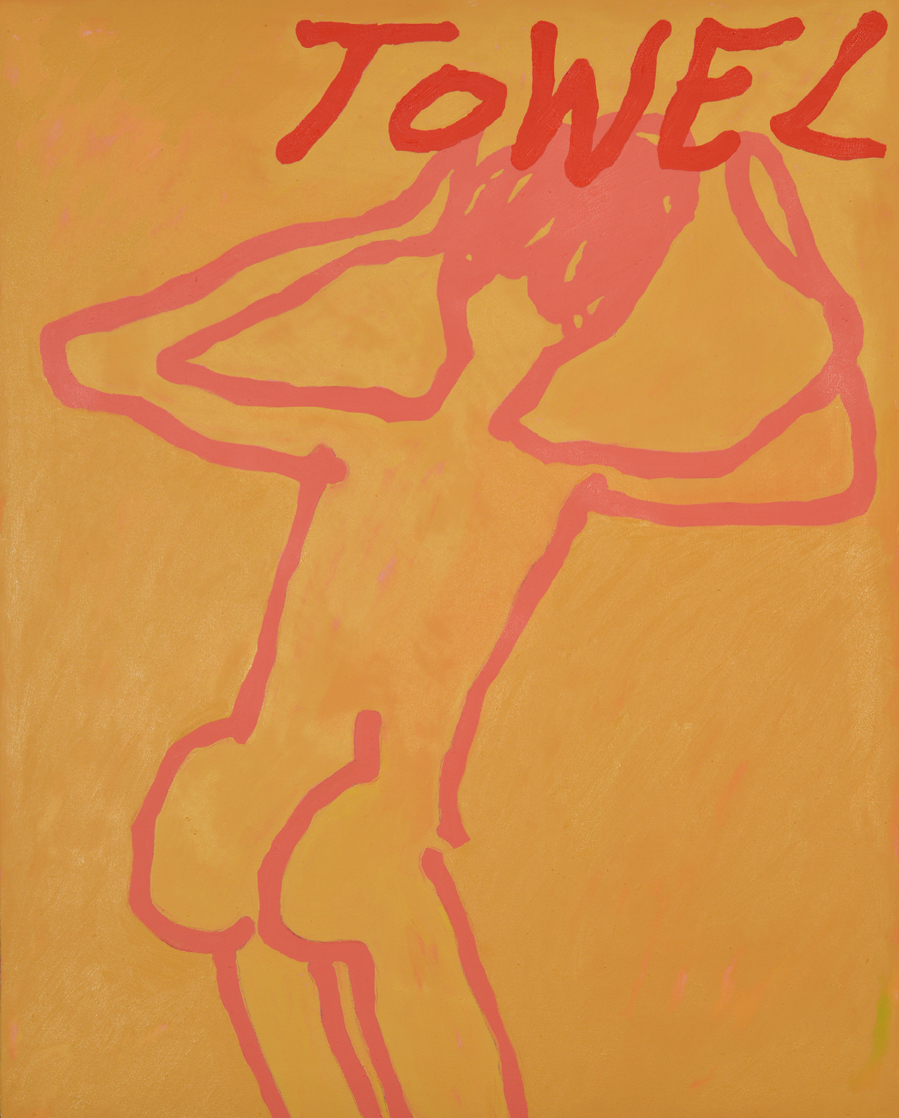 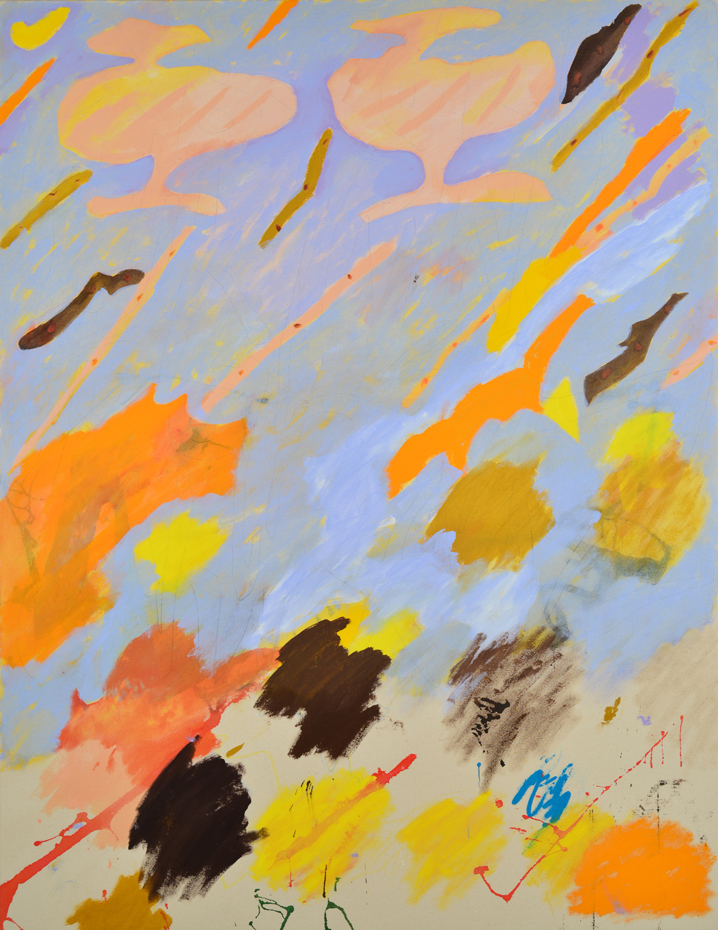 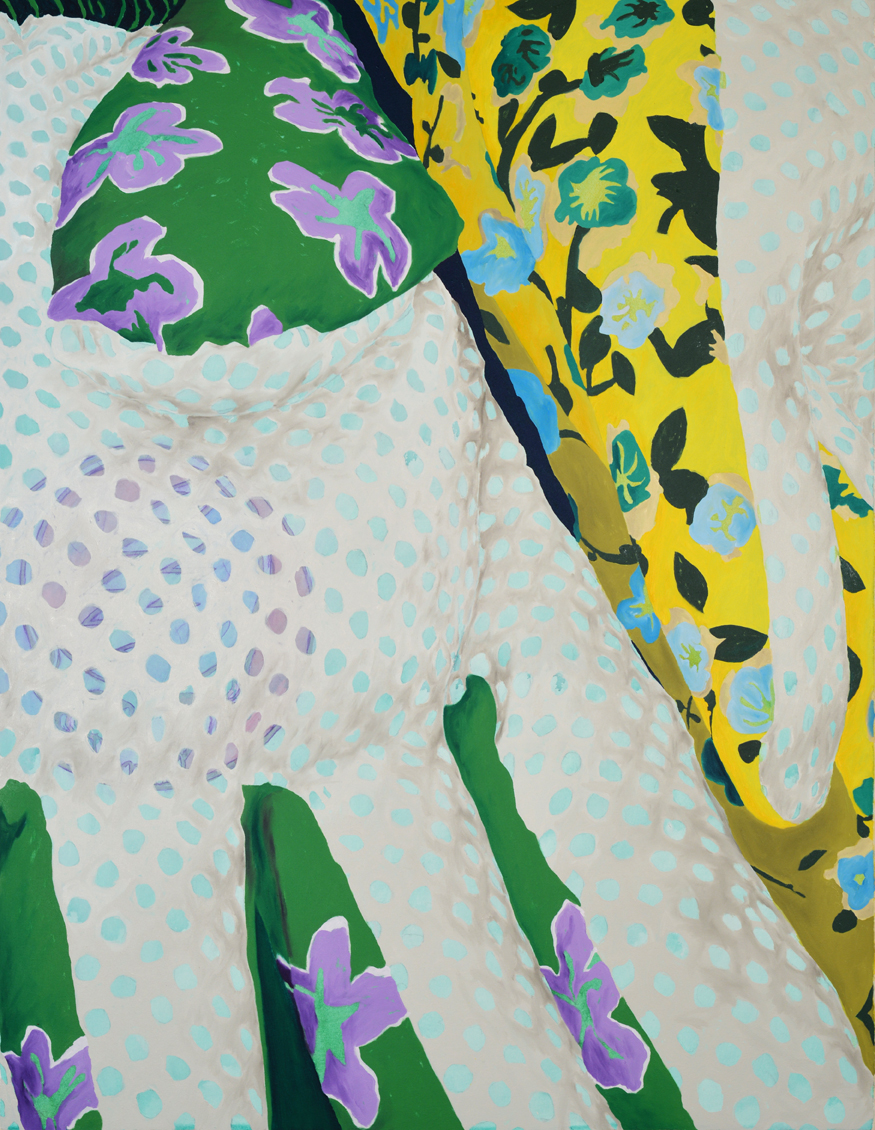 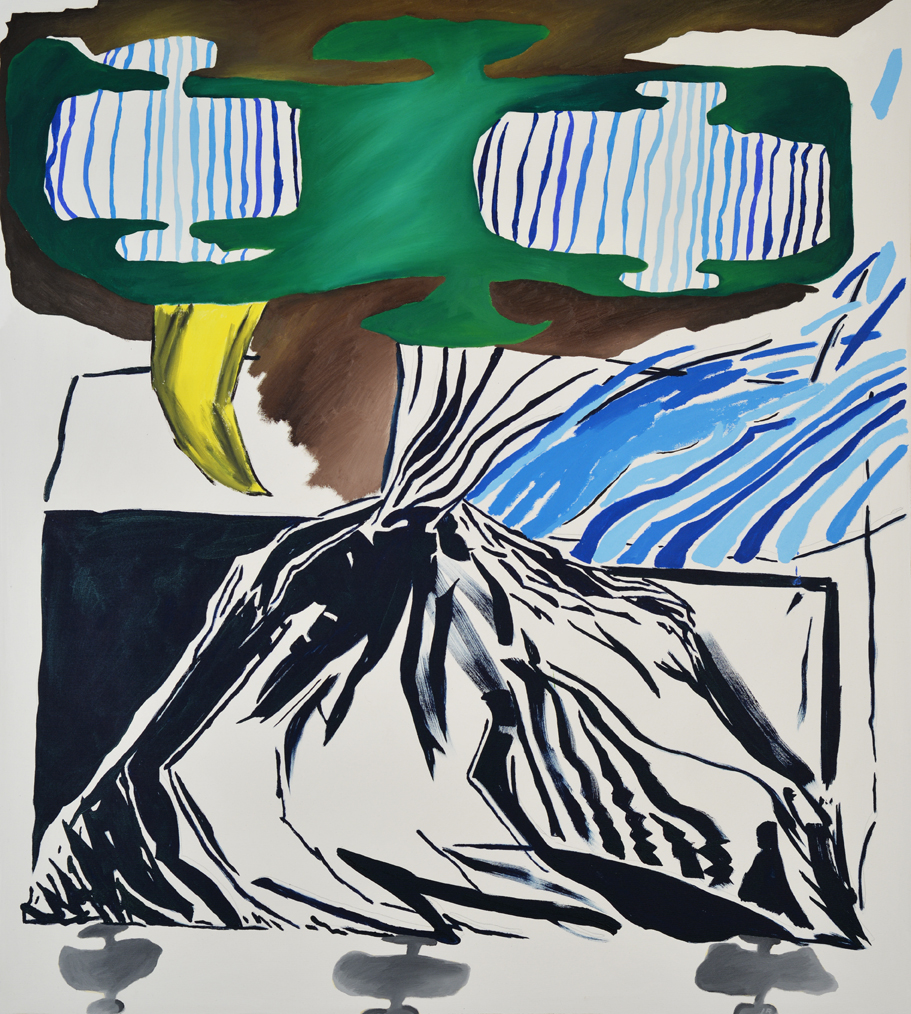 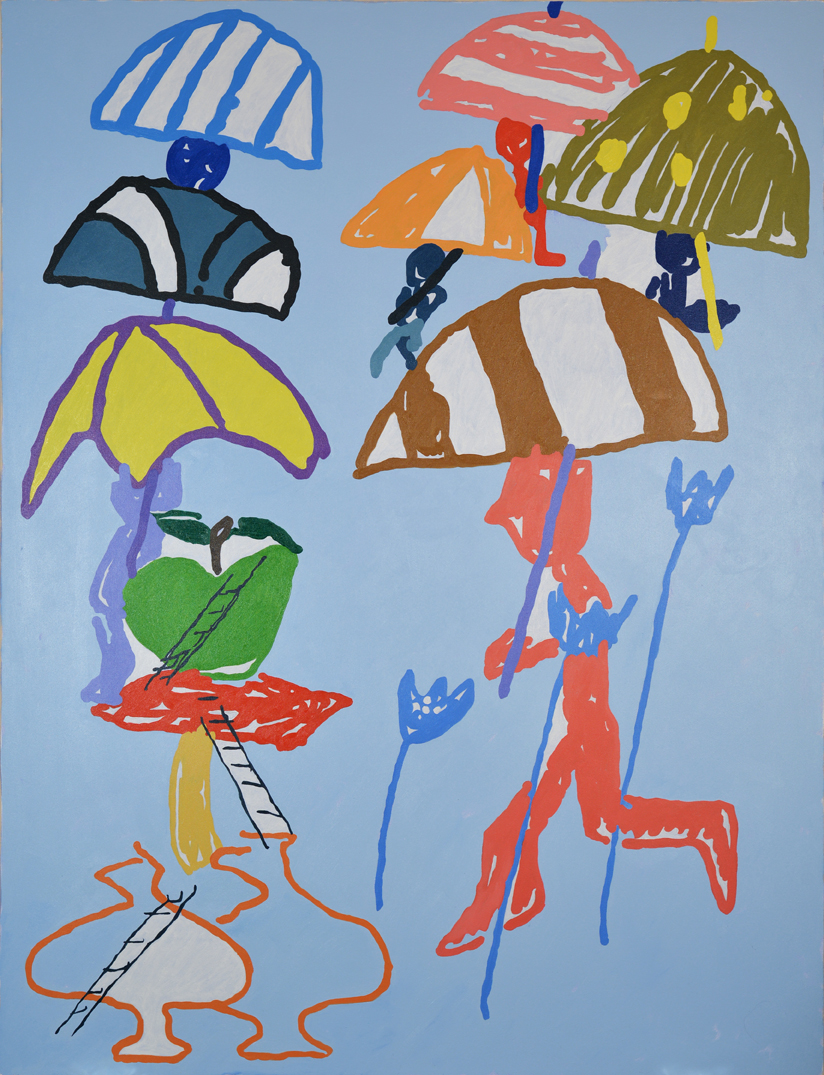 Galerie Antoine Ertaskiran is delighted to present The Adventures of Atrevida Reef, the third solo exhibition by West Coast based artist Les Ramsay.

Reflecting on daily rural life on the sunshine coast, Les Ramsay presents a body of work that evokes abstracted dreamscapes – depicting colorful umbrellas, schools of fish, boats, mushrooms and flowers. Atrevida is Spanish for ‘bold’ and references significant landmarks near the artist’s rural studio/home – a trail with ancient Douglas firs, a road to the ocean, and a reef off-shore.

With a layered multi-media studio practice Ramsay draws inspiration from domestic craft, textiles, folk art and digital drawing, forming a group of large oil paintings, sculpture, and framed needlepoint. His painting Room-A-Zoom-Zoom (2019), representing a bouquet of colorful mushrooms, is inspired by a collected embroidery in the artist studio, while Towel (2019) is based on a humorous digital sketch. Through these media translations and reconfigurations, Ramsay plays with medium, scale and pace, slowing down fast technologies with craft and paint. The immediacy of a sketch drawn and shared thru digital aps is foiled by the time and attention required by the artist to transpose it onto large canvases.

The Adventures of Atrevida Reef is a meandering psychedelic trip referencing 1960’s rock music. For exemple, the green apples in Lamp, the Metamorphosis of Seasonal Fruit (2019), evoke weapons used by the Blue Meanies in the Beatles’ surreal animated film Yellow Submarine (1968). These references, like hyperlinks, weave together the works of Les Ramsay. They reveal the artist’s sense of humor as tied to aesthetic’s of domestic kitsch and folk art, in which the boundary between a sincere nostalgia and an underlying irony is increasingly blurred.

Les Ramsay was born in Vancouver and studied fine arts at Emily Carr University of Art + Design, Universitat de Politecnica in Valencia (Spain) and completed his MFA at Concordia University in 2015. He has taken part in group and solo shows such as A motion for a notion commotion, presented at Chernoff Fine Art in Vancouver (2018); Li Salay, at the Art Gallery of Alberta in Edmonton (2018); MICRO-WAVE, at Mr. Lee’s Shed in Vancouver (2018); Border X, at Winnipeg Art Gallery (2016); Retreat of the Horstman, at the Field Contemporary in Vancouver (2016); Ignition 10 at the Leonard and Bina Ellen Gallery Montréal (2014); and Keep the Glove at Sunset Terrace in Vancouver (2014). His works can be found in many private and corporate collections such as The Claridge Collection, Medcan, the TD Bank and RBC collection. He has exhibited in Canada, Spain, Sweden, Switzerland, Germany, as well as in the US.