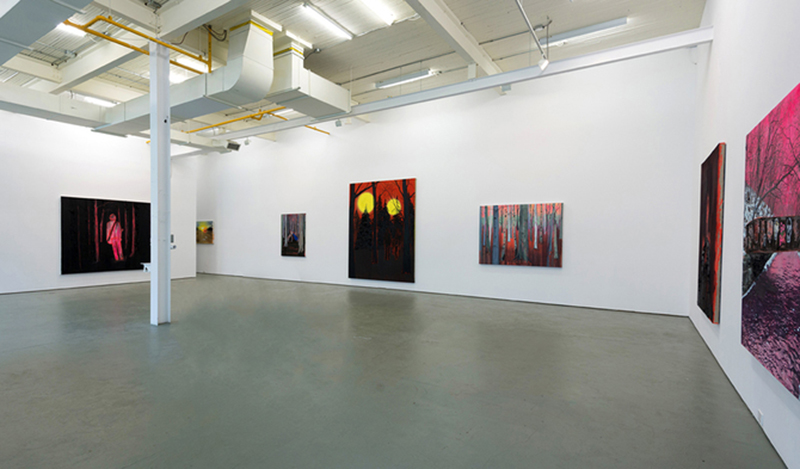 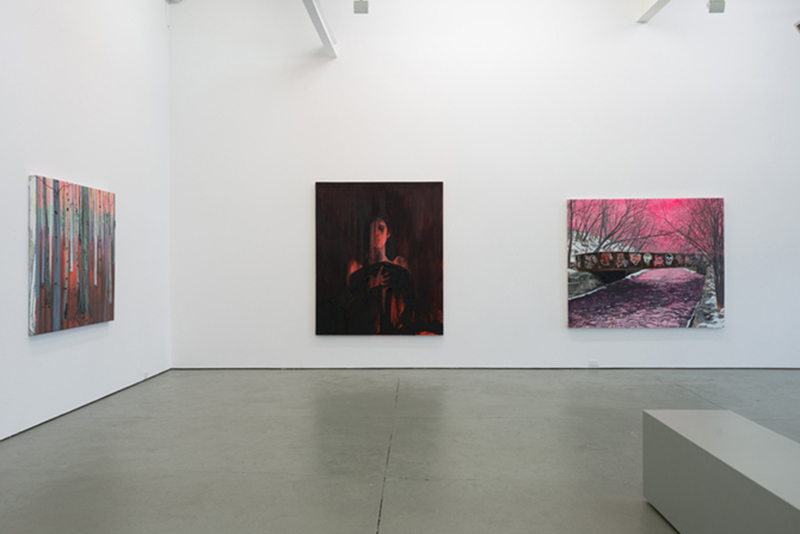 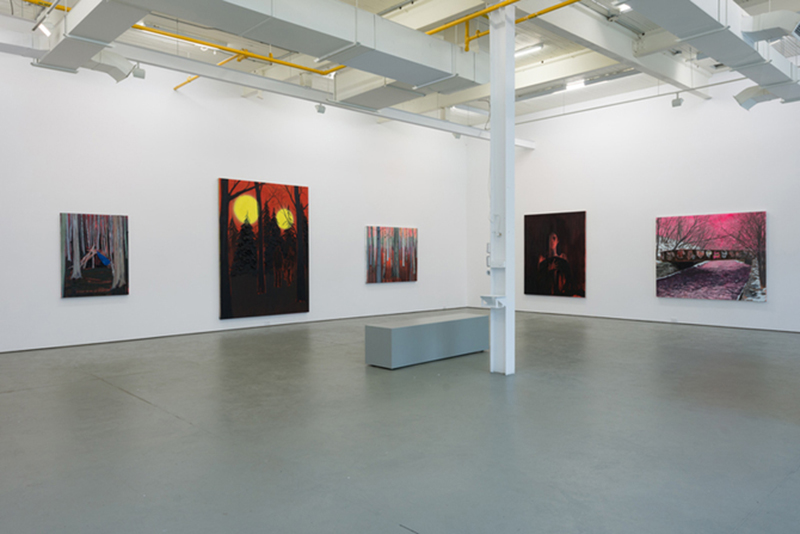 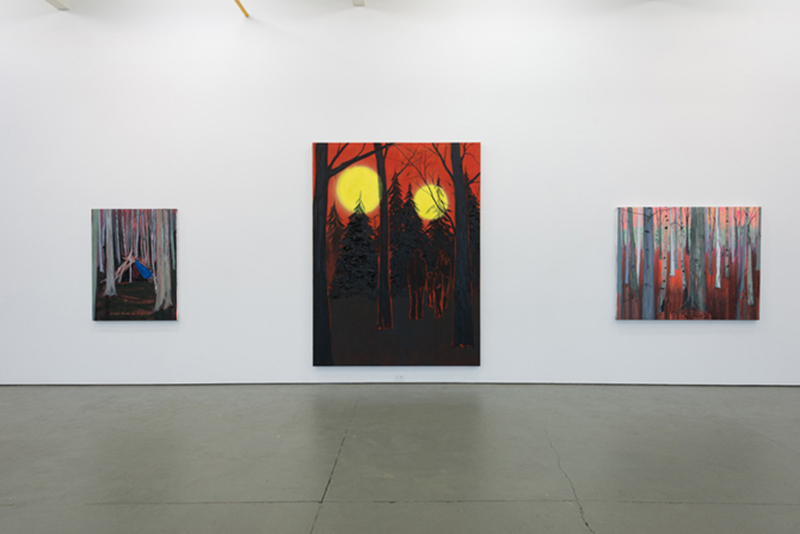 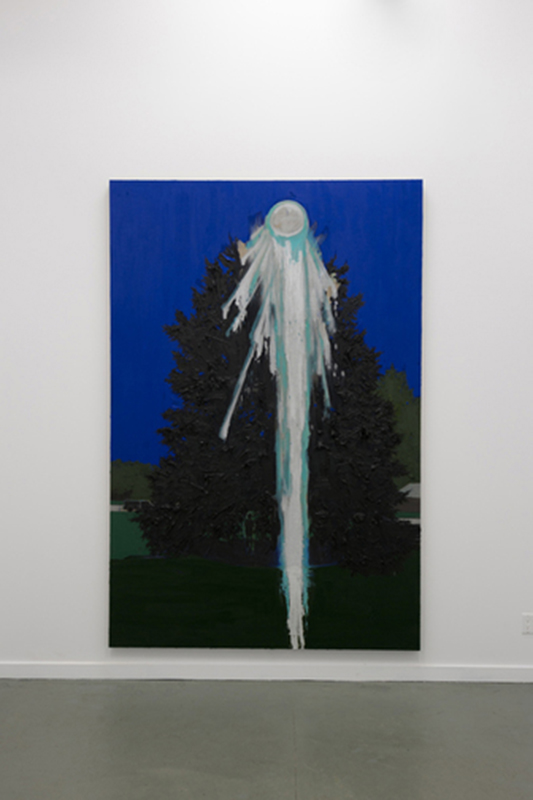 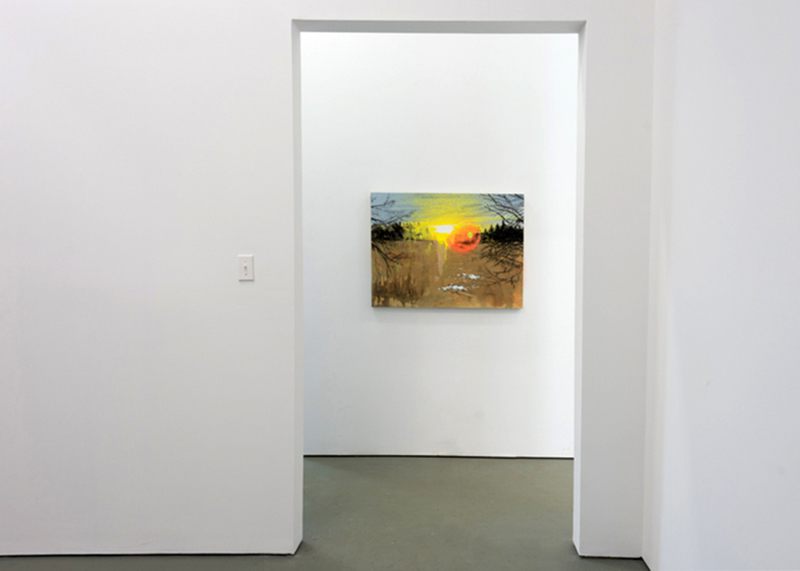 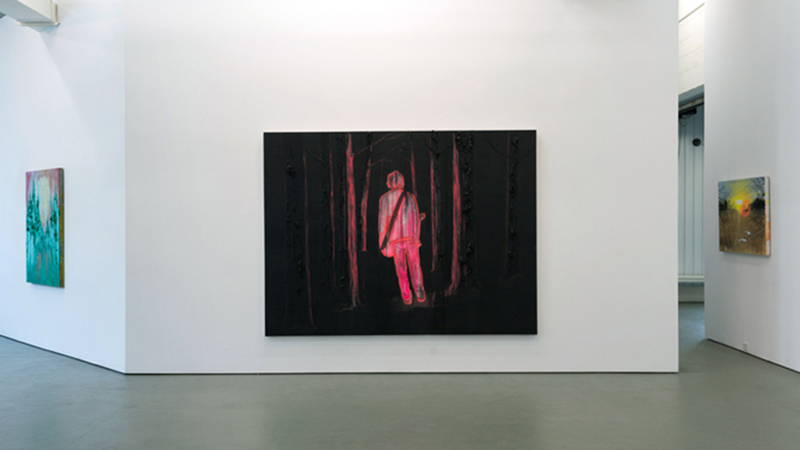 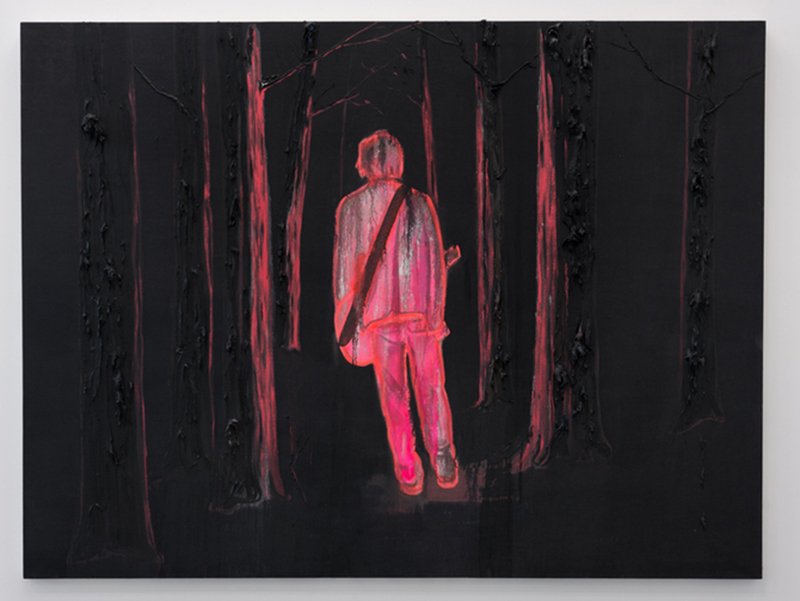 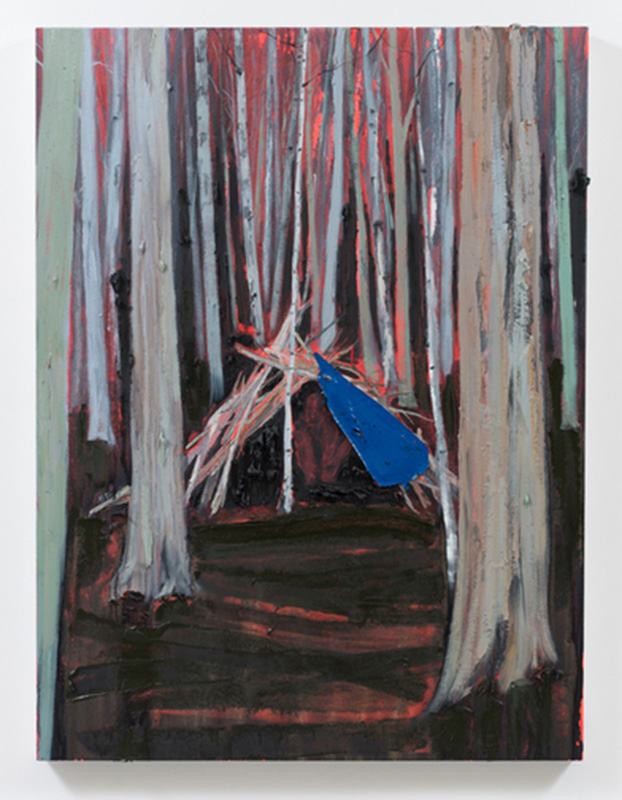 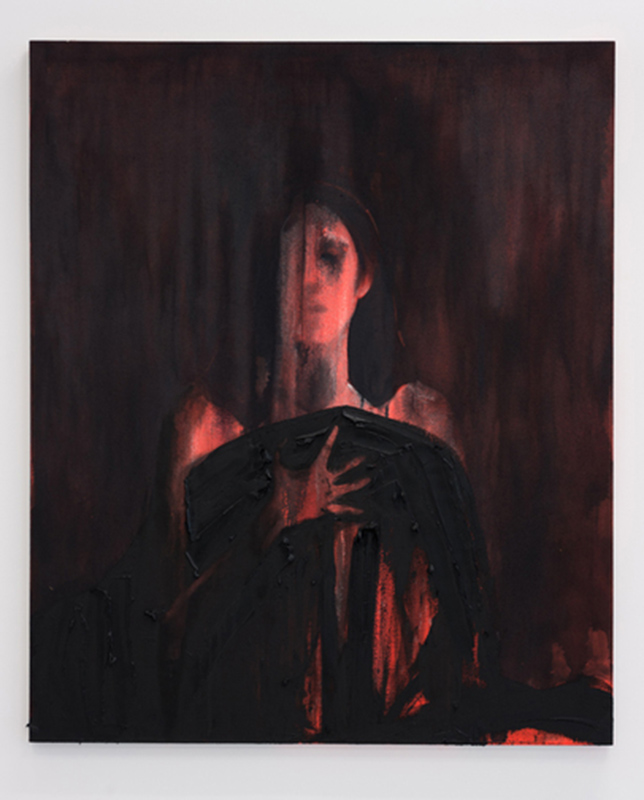 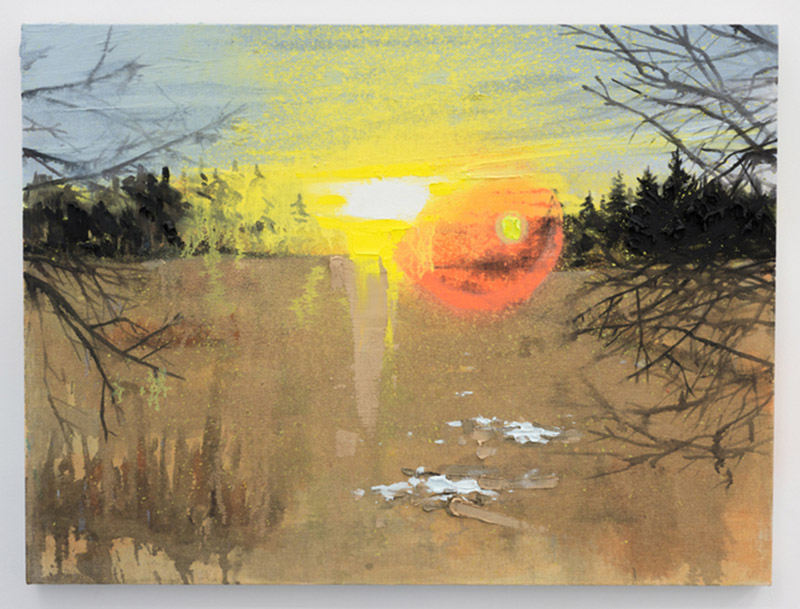 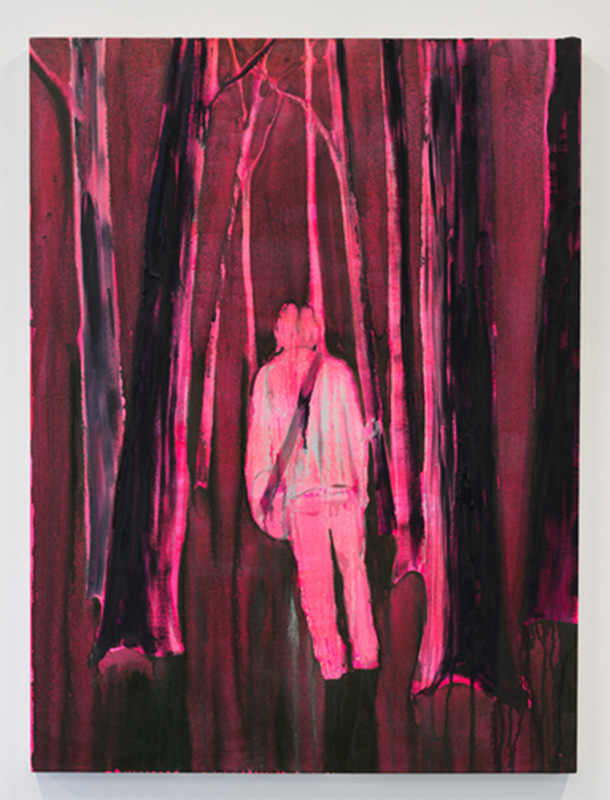 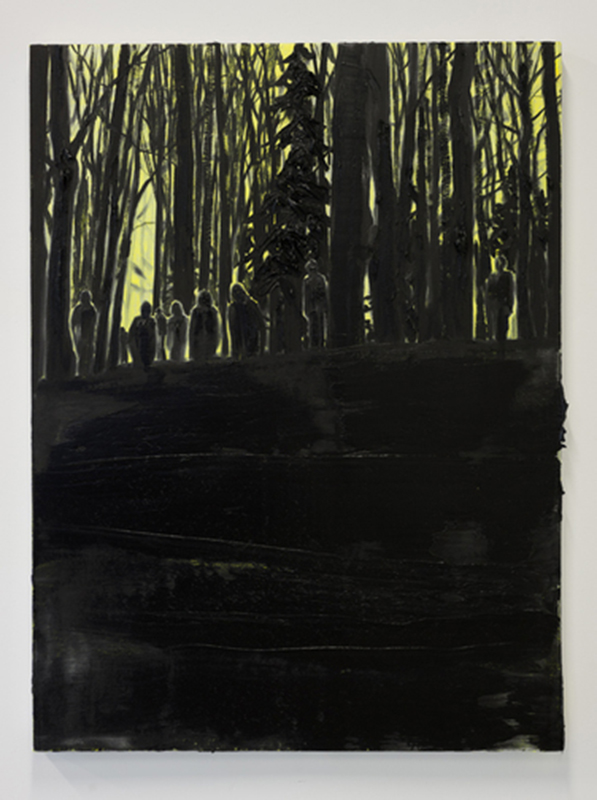 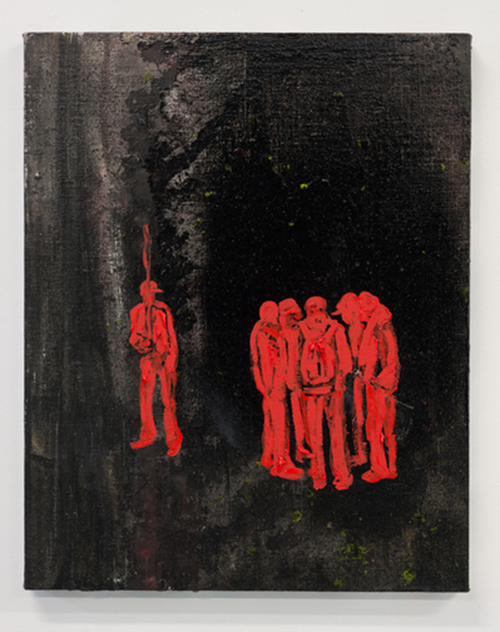 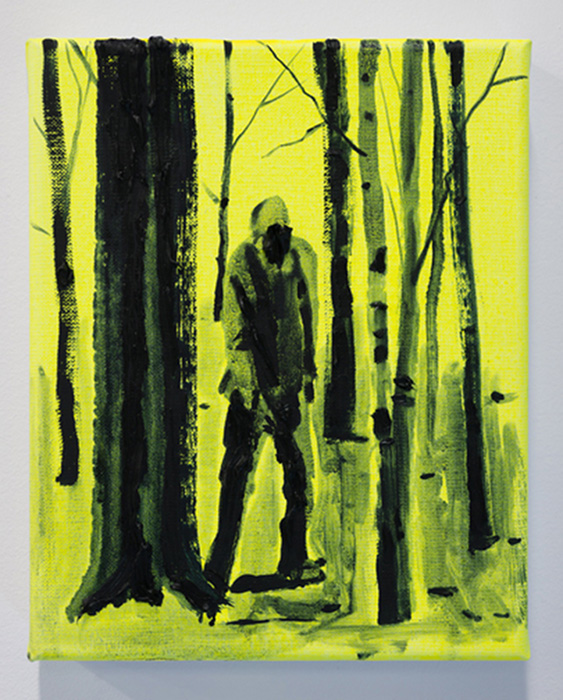 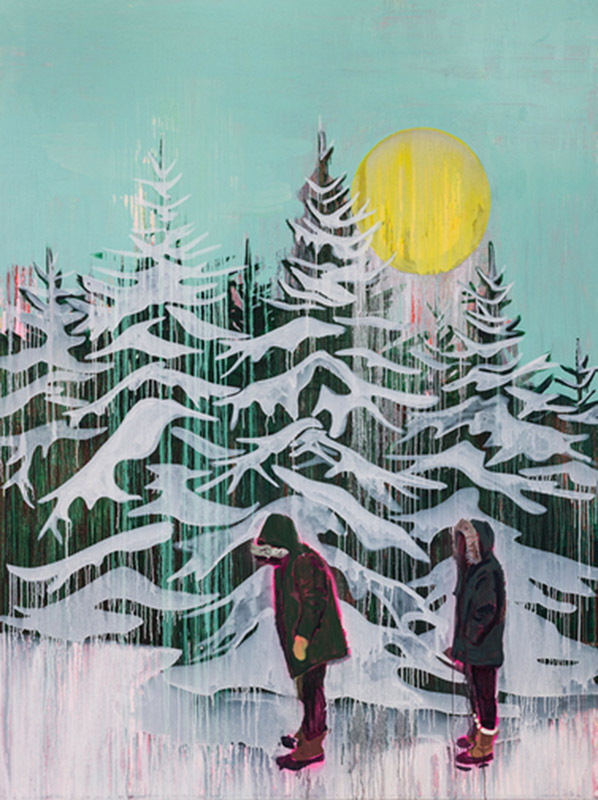 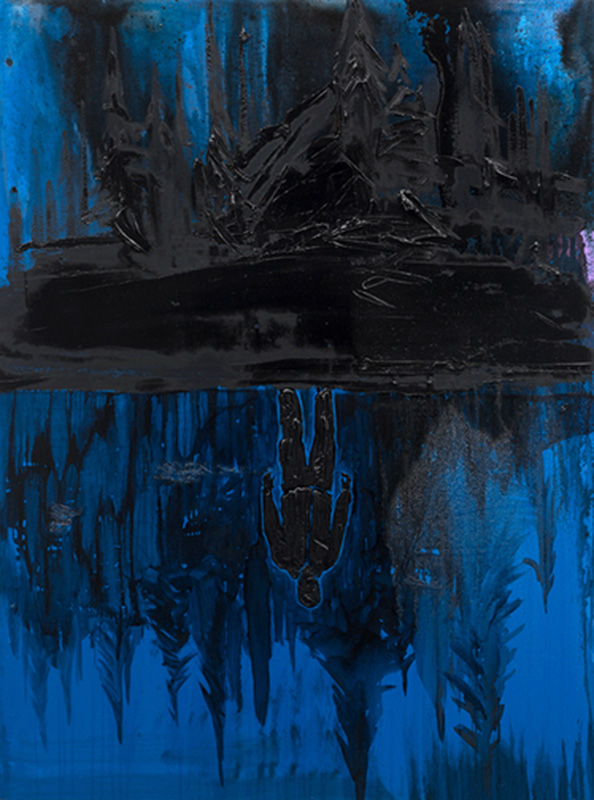 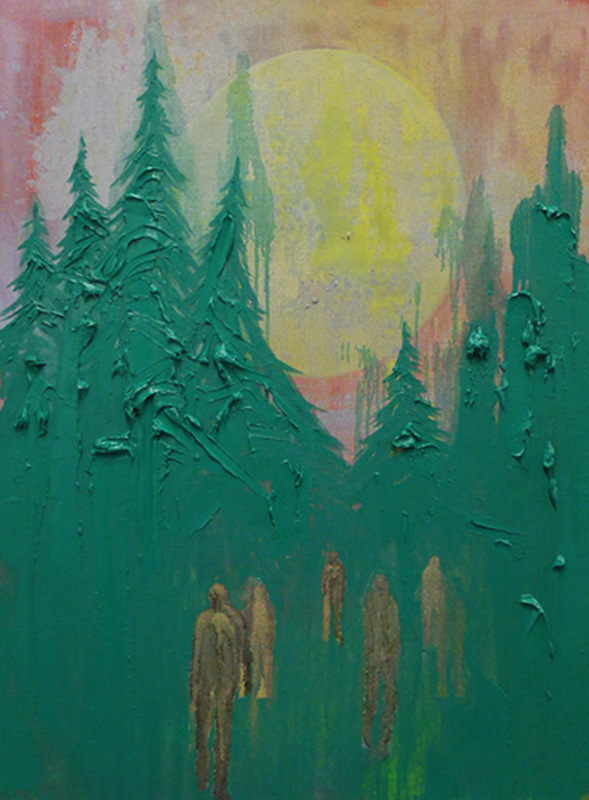 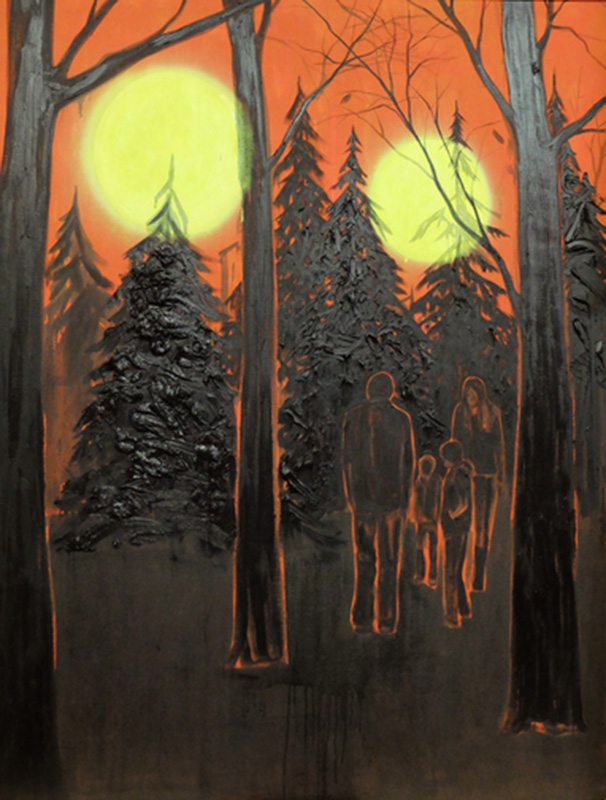 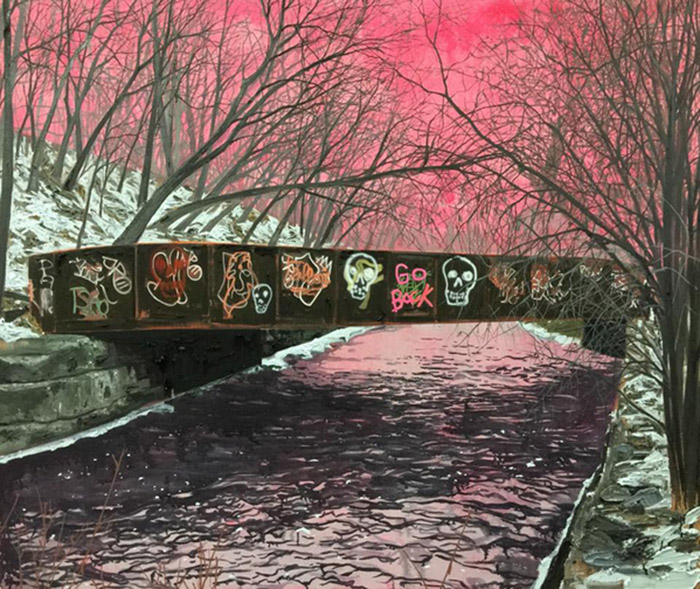 Galerie Antoine Ertaskiran is proud to present Kim Dorland’s first solo exhibition at the gallery, entitled I’ve seen the future, brother. For this new exhibition, Kim Dorland pushes the boundaries of pictorial representation through an exploration of memory, material, nostalgia, identity and place. His refusal to remain faithful to one medium or approach plays into the symbiotic nature of his work; the deadness of acrylic, the sheen of spray paint and the density of oil all unite to engage the viewer. Dorland is heavily inspired by the Canadian landscape and possesses an affinity for the tradition of Canadian landscape painting and portraiture; his loose yet identifiable scenes are interjected with areas of heavy abstract impasto, adding to the raw, fleeting quality of his canvases.

The title of the exhibition comes from the title song on the Leonard Cohen album The Future. The album, and in particular the song The Future, paint a bleak yet beautiful reflection on the idea of “future.” Attracted by the piece’s precognition, the artist kept listening to the song throughout the years, and even continues to do so today. For Dorland, the connection is not necessarily literal; it is more about the feeling or mood conveyed. He is not trying to illustrate Cohen’s words; instead, he uses music as a jumping-off point for bodies of work. The artist is also fascinated by Margaret Atwood’s MaddAddam trilogy and Cormack McCarthy’s The Road, both different versions of “the future.”
Dorland’s work is always about observing and distilling what he sees through a subjective lens. The artist is often struck by a sense of dispossession, exhaustion and the isolating nature of the things we do (i.e. technology). Recent paintings with apocalyptic moods, for example, are not meant in a horror context, but are more about trying to capture the pervasive sense of drudgery one would see on a daily basis. The point is not to make overtly political statements about looming environmental catastrophe or humanity’s downfall, although these are definitely on the artist’s mind. For Dorland, this exhibition is a series of moments, almost as if each painting is a short story or a flash of memory. It is as if we are standing in the future looking back on things that have just happened or are about to happen—that perfect, in-between moment when the tension or mood, whether it is nostalgia, exhaustion, fear or even hope, is more important than what actually took place.

As always, the artist is fascinated with the materials used to drive the process and, ultimately, where the paintings end up. For the past couple of years, Dorland has been interested in pushing himself to do more with less and allowing happenstance to take a larger role in his works.

Born in 1974 in Wainwright, Alberta, Kim Dorland has exhibited globally, including shows in Milan, Montreal, New York, Chicago, and Los Angeles. His work has been recently shown at Contemporary Calgary and the McMichael Canadian Art Collection. Dorland’s works are part of numerous public collections, such as the Sander Collection in Berlin; the Nerman Museum of Contemporary Art in Kansas; the Montreal Museum of Fine Arts; the Musée d’art contemporain de Montréal; the Blanton Museum of Art in Texas; the Glenbow Museum in Calgary; the Museum of Contemporary Art San Diego; and many private collections.