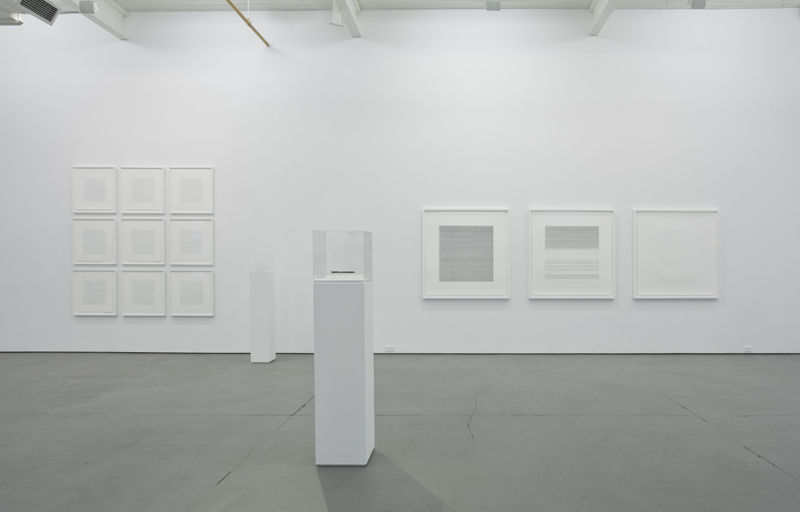 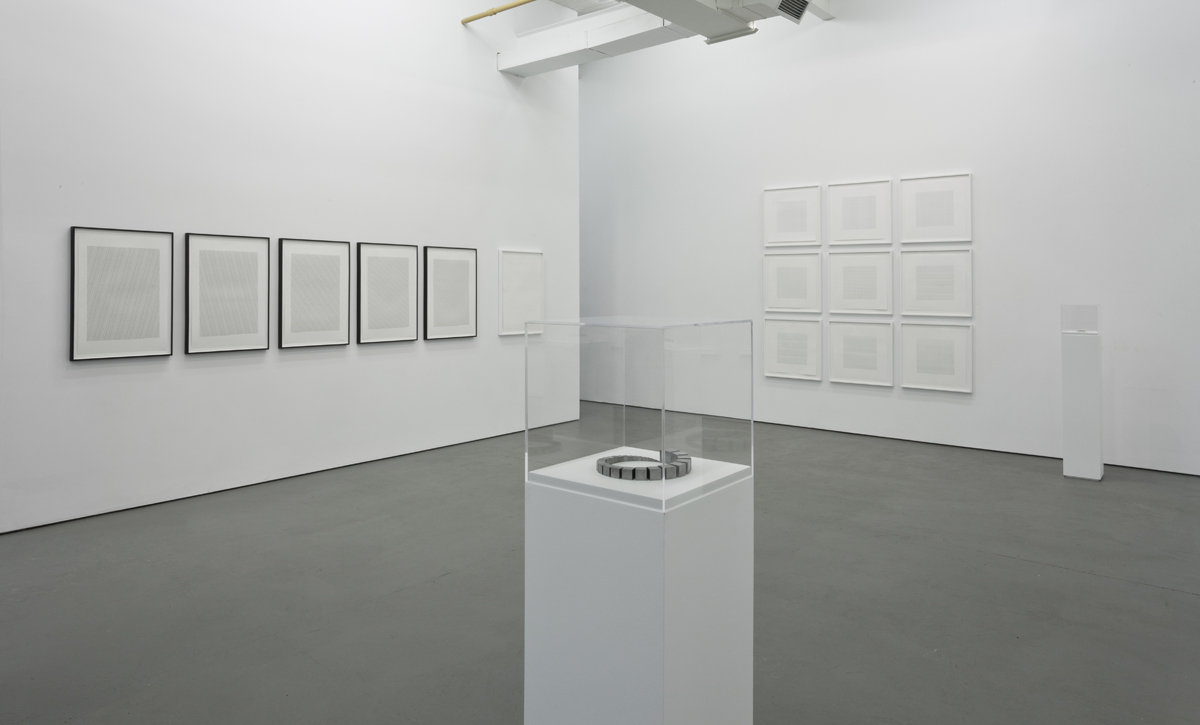 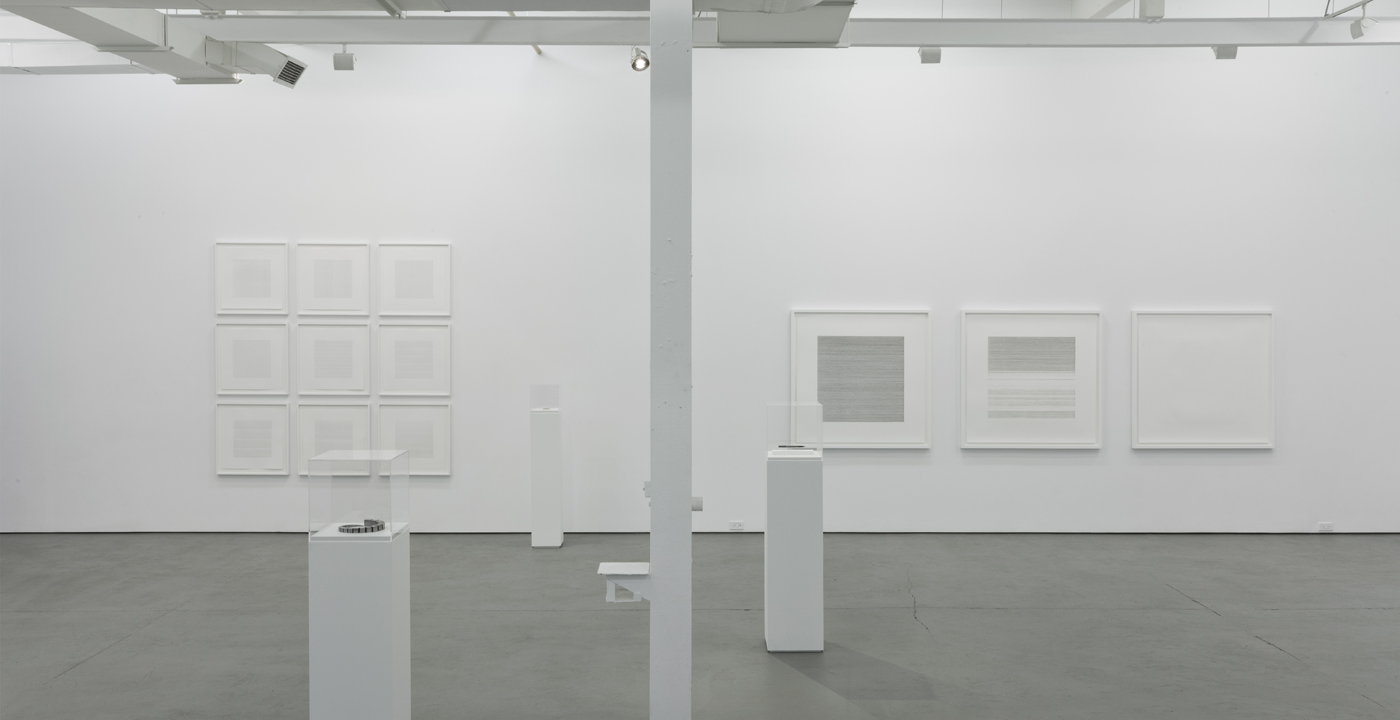 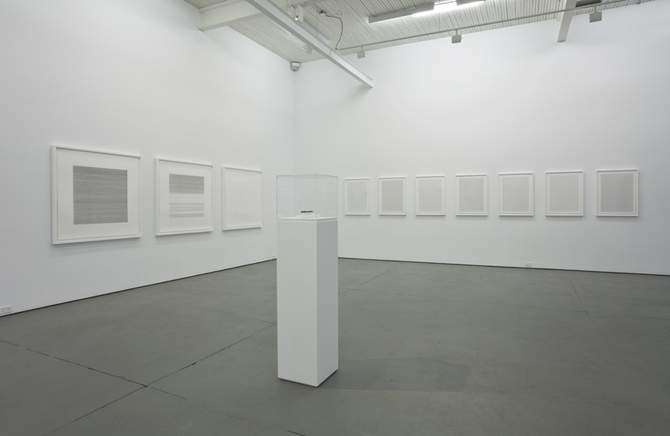 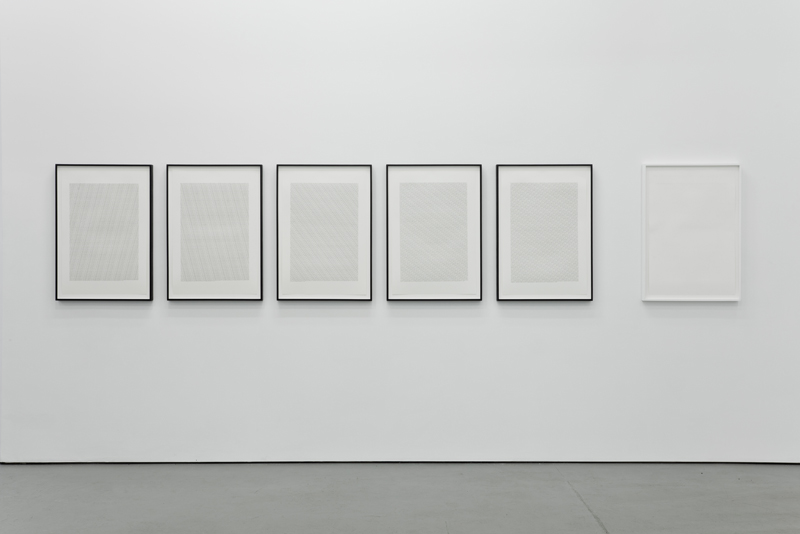 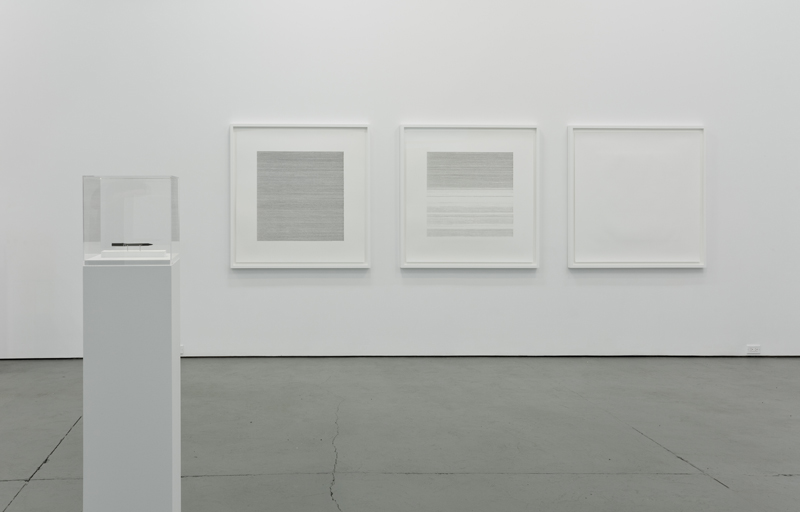 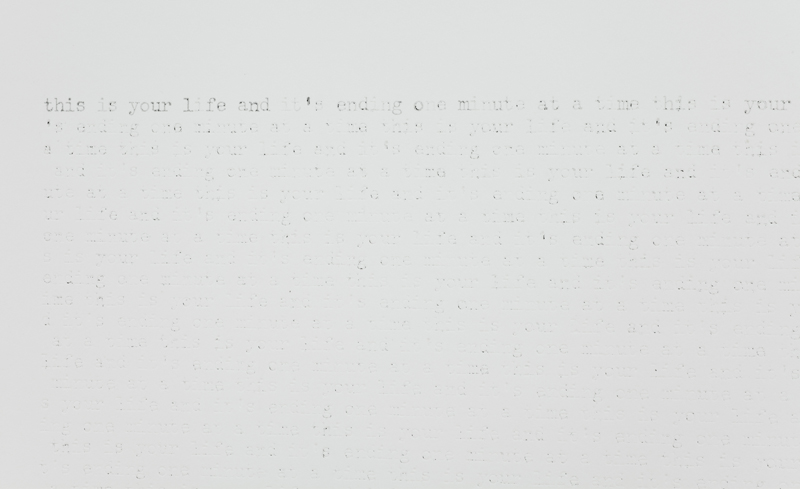 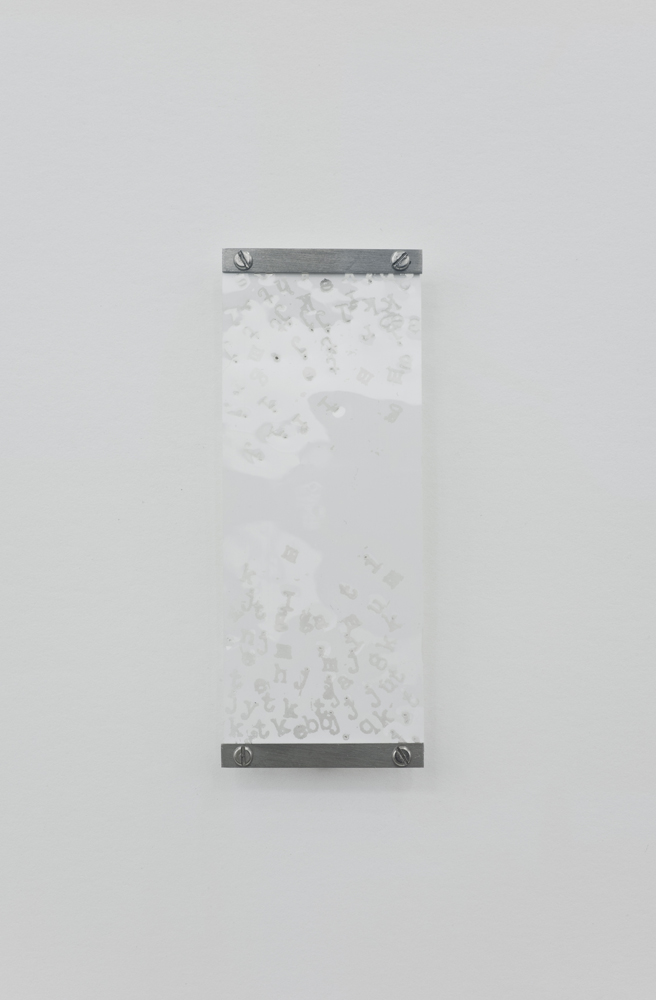 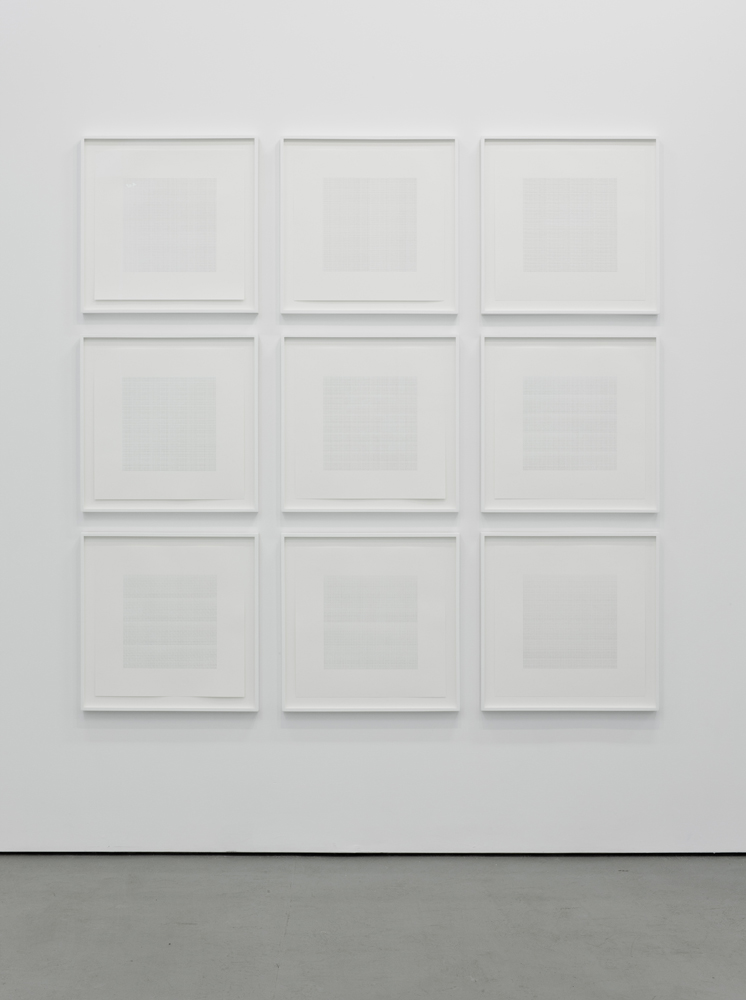 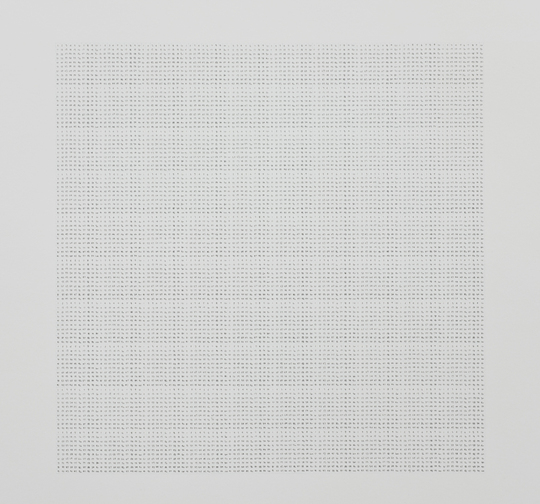 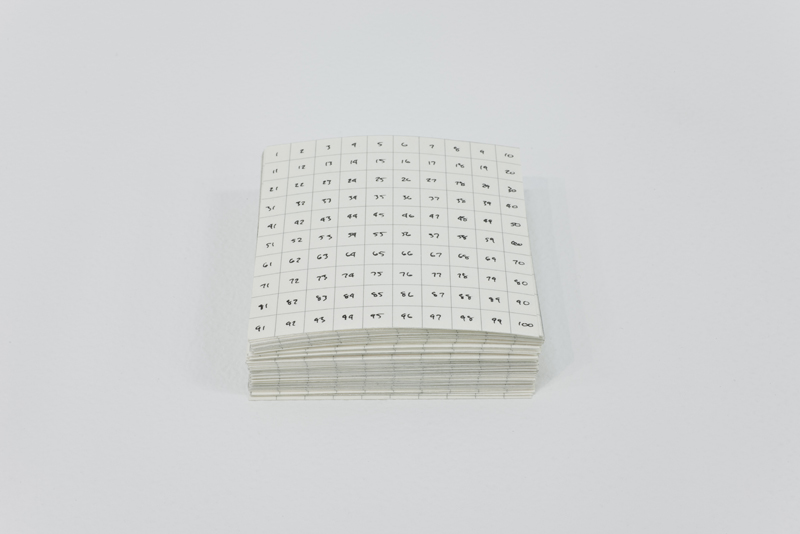 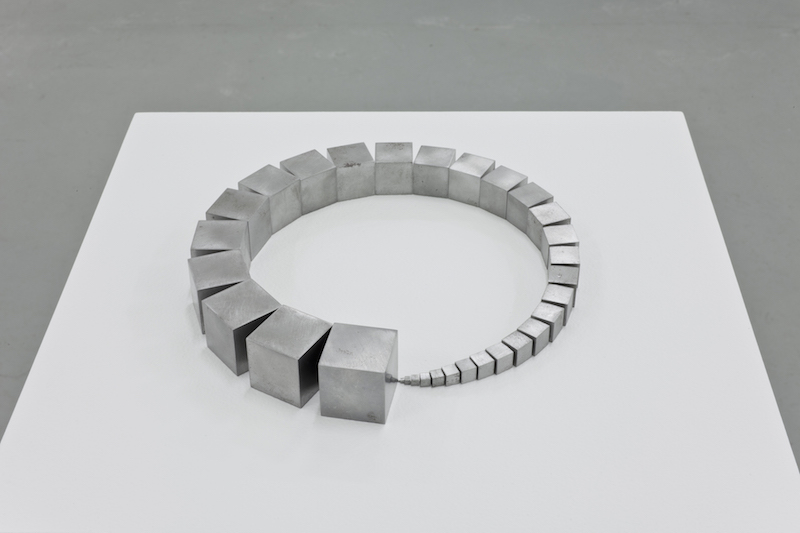 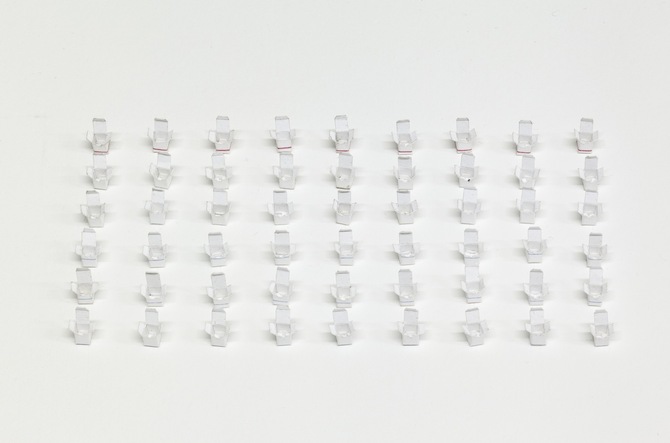 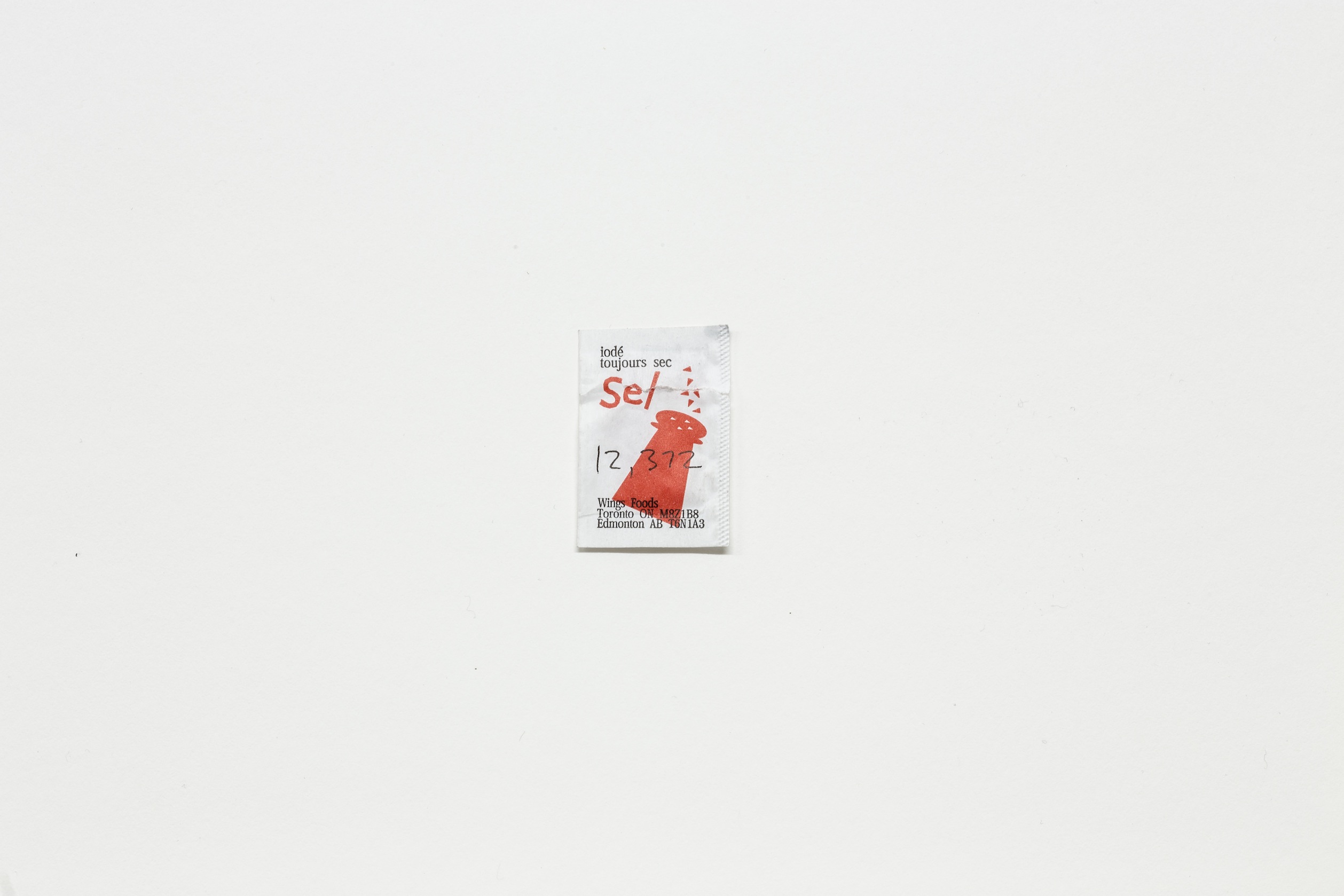 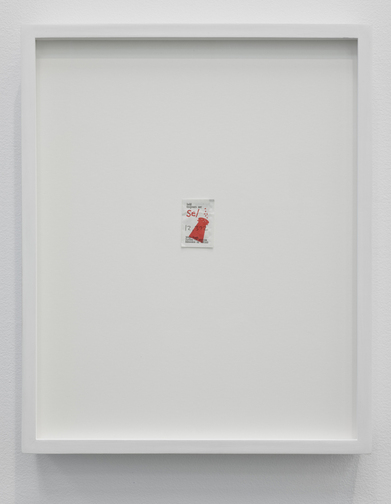 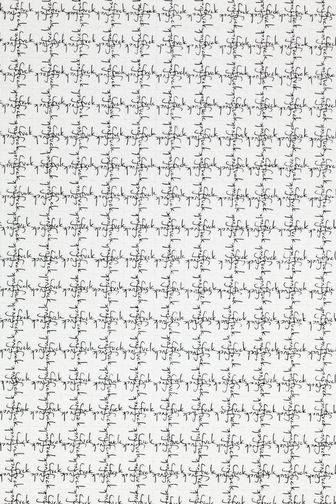 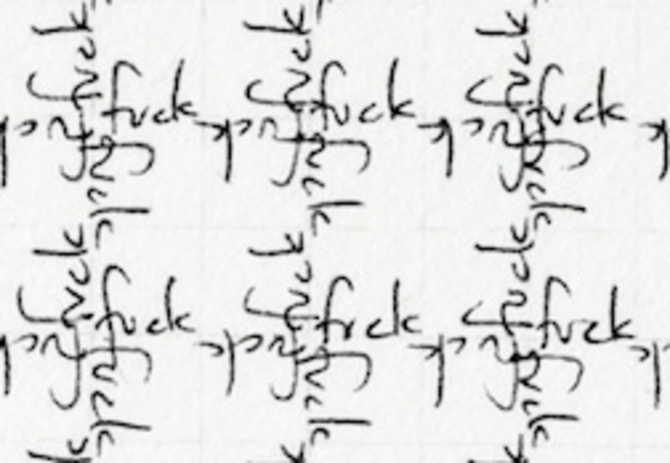 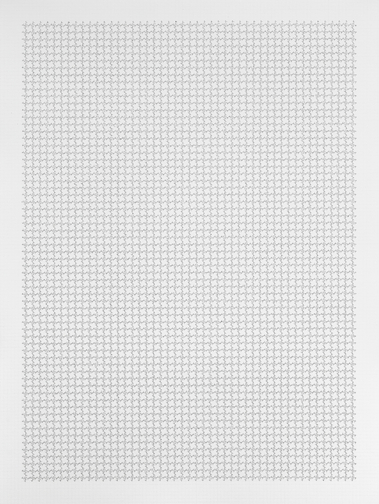 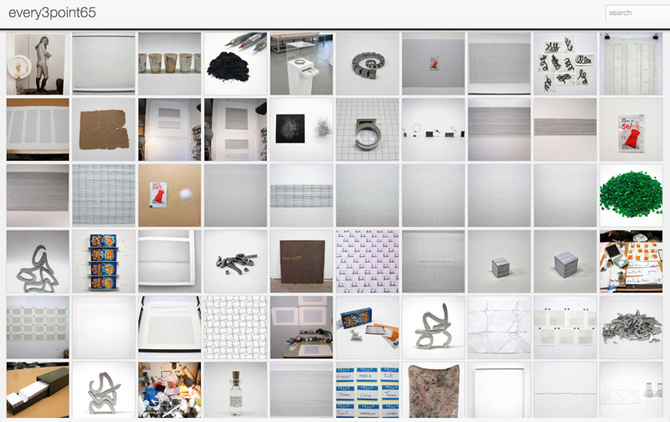 Galerie Antoine Ertaskiran is proud to present Every3point65, the first solo exhibition by Ken Nicol in Montreal. The title of the exhibition refers to a blog called Every3point65 that Ken Nicol started on January 1st 2013 to report what happens in “Ken’s world”. As part of his “hundreds of things” body of work, the blog is updated every 3.65 days culminating in exactly one hundred entries for the year. This is not a ”what I had for lunch” type of blog, but this is ‘’what I’m working on” blog and the exhibition Every3point65 is the physical realization of the blog. Each piece in the show includes an entry reference number allowing the viewer to refer to the blog on smart phones while viewing the show.

Nicol’s work is marked by an obsession with collecting and turning everyday objects into artworks. He creates objects from the beginning to the end by mundane repetitions over countless hours. His process is methodical, laborious and time consuming. The diverse materials he uses range from small dead bugs collected from his studio windowsill to grid paper. Elements of his work include drawing, typing, metal, index cards, coffee cups and improbable objects such as potato chips or salt packets.

Nicol’s series Inappropriate Grids is inspired by humorist George Carlin’s list of “Seven dirty words”. During the 1970’s, those words were considered highly inappropriate and unsuitable for broadcast on the public airwaves in the United States. The artist writes out these dirty words, or expressions containing the words, meticulously by hand in grid like formations.

Nicol is a Toronto-based interdisciplinary artist who studied at the Ontario College of Art and at the Sheridan College, Toronto. His work has been exhibited at Miami, Chicago, New York, Winnipeg and  Toronto. Also, his work was presented at the McMaster Museum of Art in Hamilton (2013) and at the Scrap Metal Gallery, Toronto (2012). Nicol was also part of the exhibition curated by renowned artist Micah Lexier: One, and Two, and more than Two held at the Power Plant Contemporary Art Gallery, Toronto (2013). The artist’s installation ‘’Book Works’’ was presented during Toronto’s Nuit Blanche in 2011.