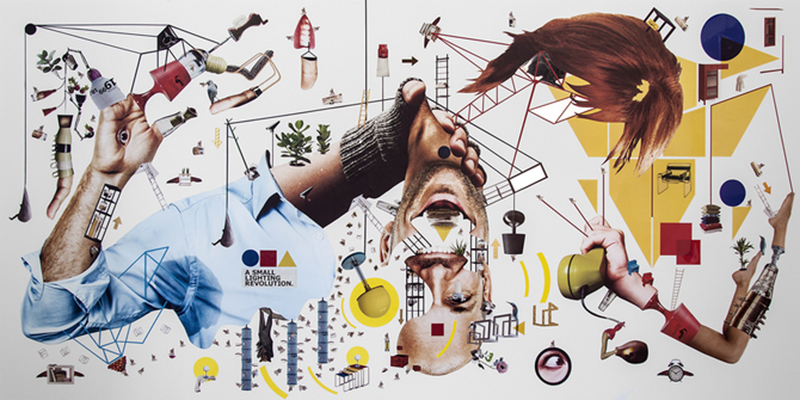 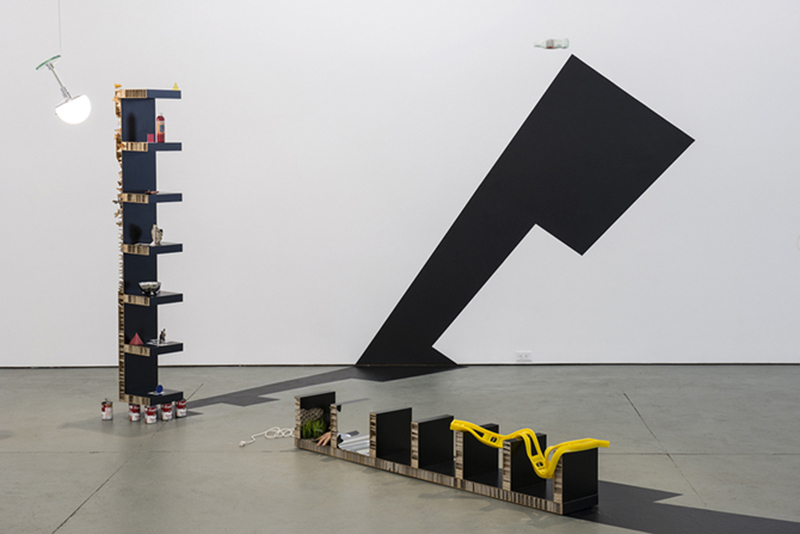 Out of this Light, into this Shadow, 2014-2015, installation view @ galerie antoine ertaskiran 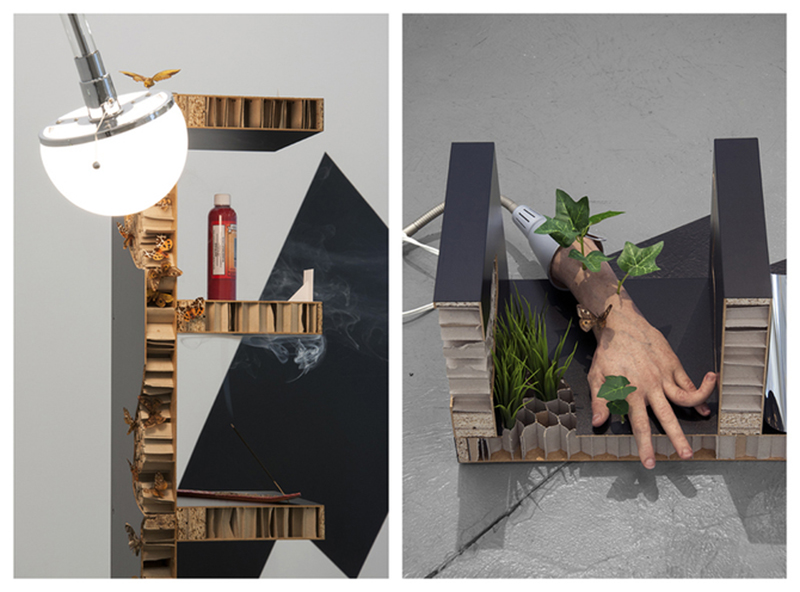 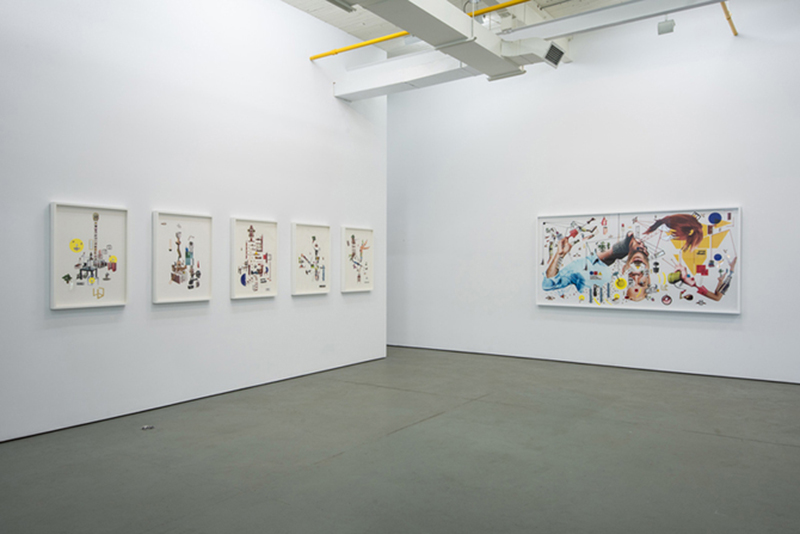 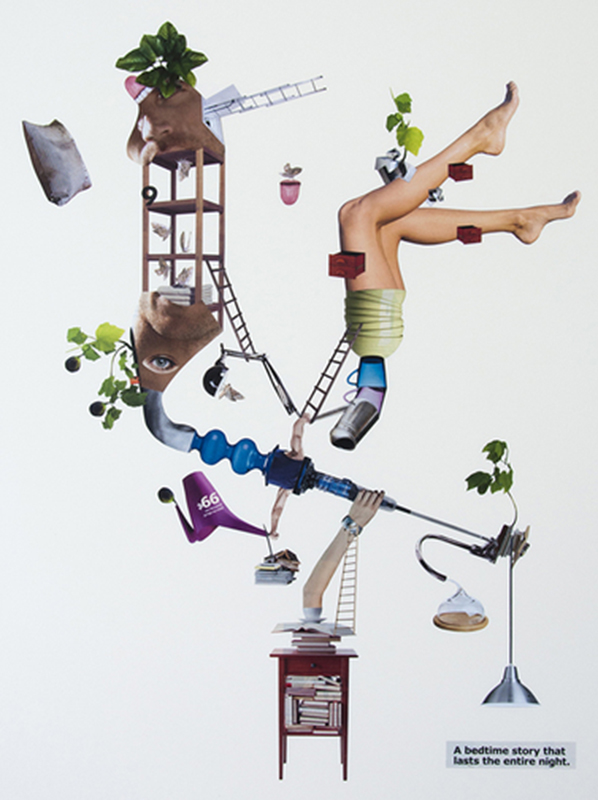 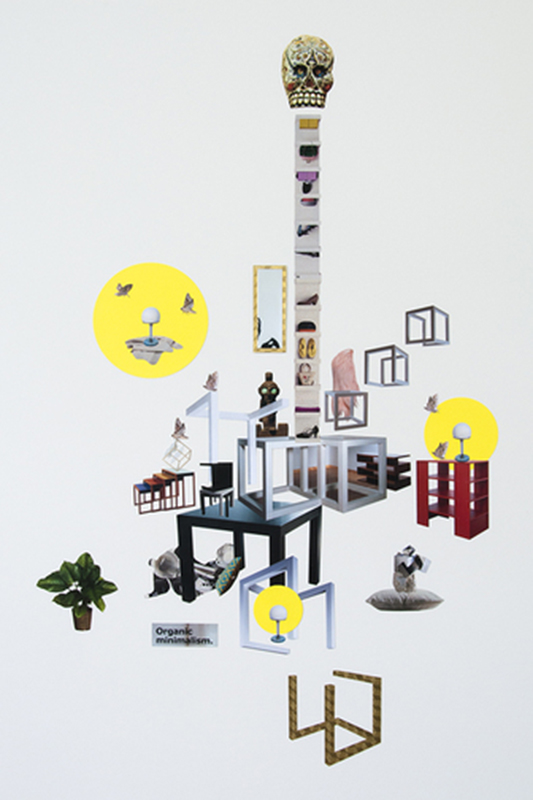 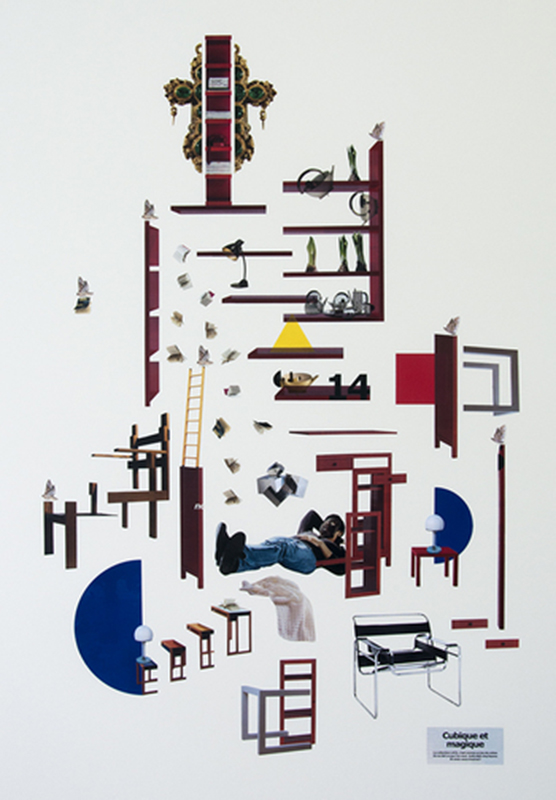 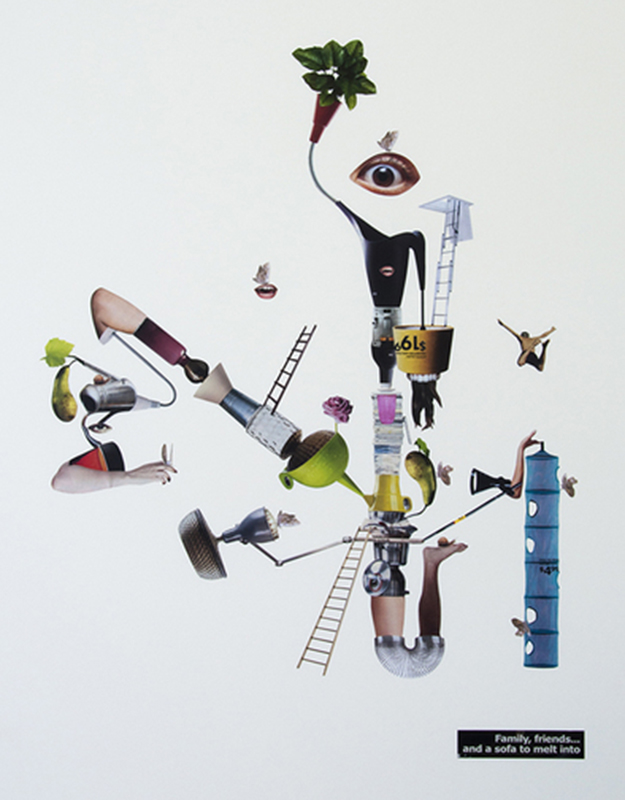 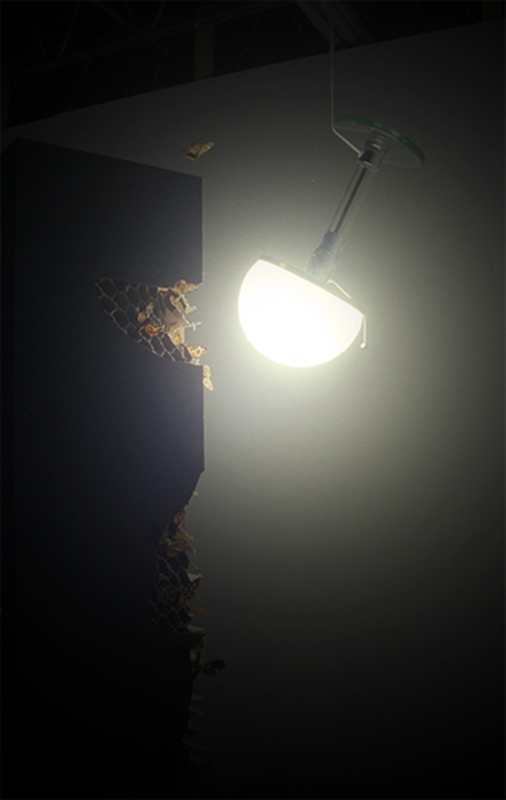 For his second solo exhibition at Galerie Antoine Ertaskiran entitled Out of this Light, into this Shadow, Juan Ortiz-Apuy presents a new body of work inspired by the concept of junkspace as enunciated by Rem Koolhaas, which is the extension of the notion of junkfood to the whole of our built environment, consumer culture and world of “total design”.

Through collage and sculptural installation, the artist presents a scenario about this transformation and through it, explores appropriation, magic and animism in commodities and the role the Bauhaus might have had in this reconfiguration. The result is an animated sculptural landscape where designed objects behave like animate beings with a will of their own, the natural is confounded with the artificial, the interior with the exterior, but also where past art histories and design languages are muddled up together.

Drawing from the literary tradition of magical realism, most commonly used as a literary genre where the supernatural and the unlikely leak into a realistic environment, Ortiz-Apuy uses a number of fictional characters which appear and reappear in the sculptures and collages. One of them is one of the most iconic Bauhaus designs, a 1924 Wagenfeld lamp, whose light is used as a metaphor for the movement’s dreams and utopias. The other is played by moths, which as creatures of the shadows that are attracted to light, are then set in contrast to the lamp. Appearing like totems of our consumer culture, the sculptures and collages in the exhibition have been made primarily using IKEA furniture parts and IKEA catalogues.

By means of juxtaposition, assemblage and collage, specific moments, ideas and sources are carefully woven together in Ortiz-Apuy’s installations through a suggestive network of associations. Drawing from literature, theory, popular culture, design and art history, the artist creates a system that at one point begins to follow its own logic, vocabulary and energy.

Born in Costa Rica, Juan Ortiz-Apuy lives and works in Montreal. He holds a BFA from Concordia University, a Post-Graduate diploma from the Glasgow School of Art and a MFA from NSCAD University. Recent solo exhibitions include ARTSPACE (USA), MacLaren Art Center (Ontario) and Manif d’art 7, Quebec’s 2014 biennale. His work has been reviewed and published in various magazines, newspapers and books, including Le Devoir, the Montreal Gazette, Inter Art Actuel and Canadian Art. His works are part of several Canadian collections, such as NSCAD University Visual Resources in Halifax.

Galerie Antoine Ertaskiran would like to thank the SODEC for its financial support.