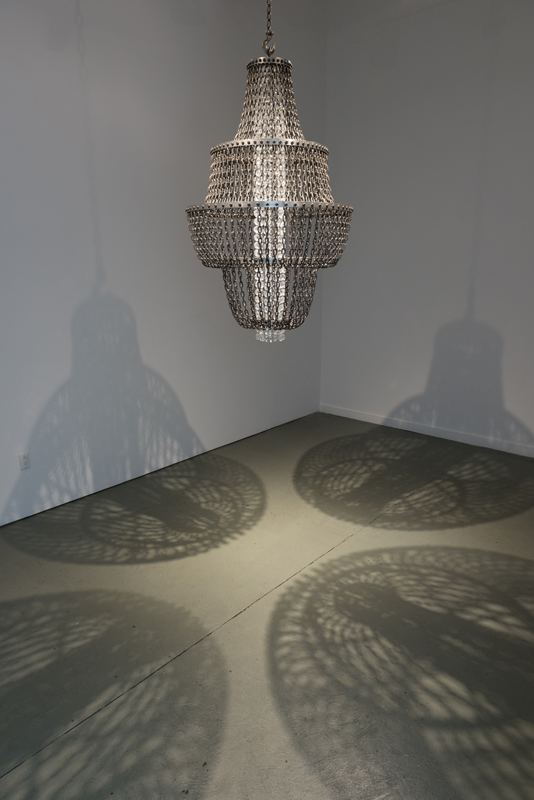 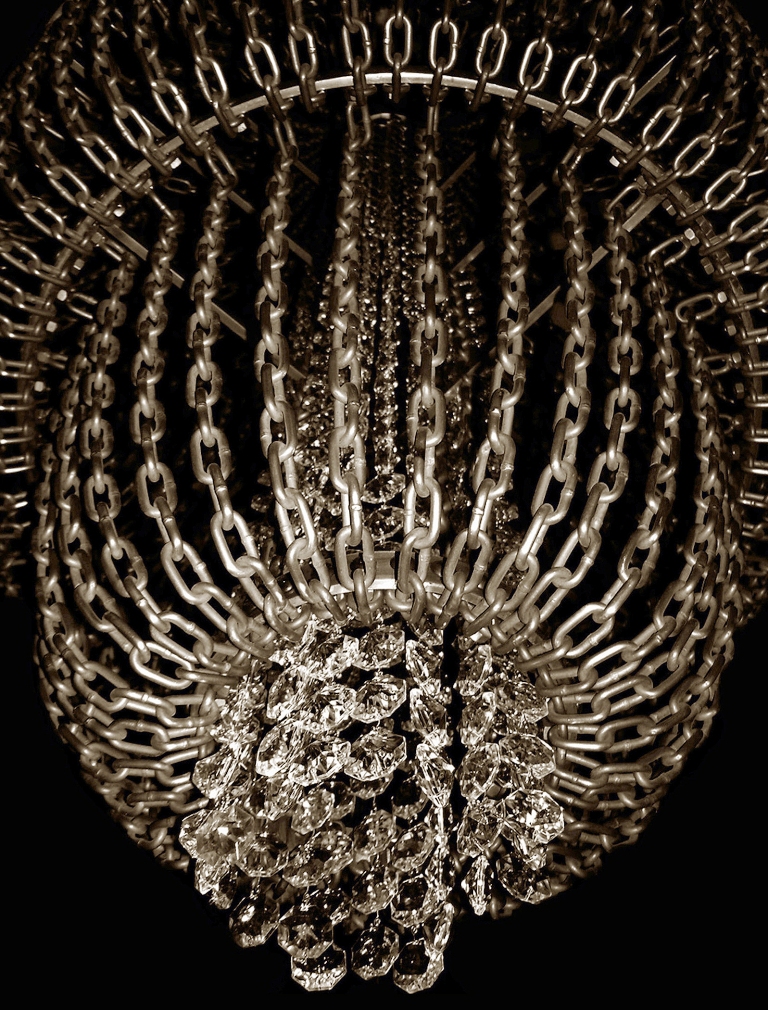 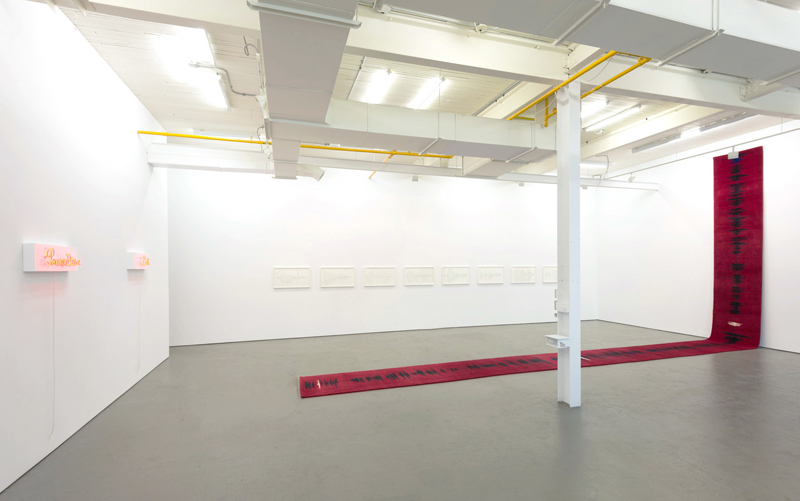 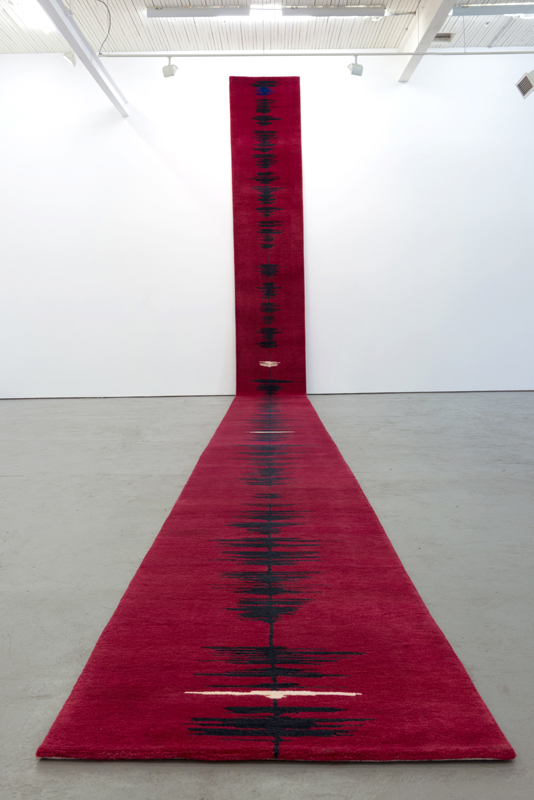 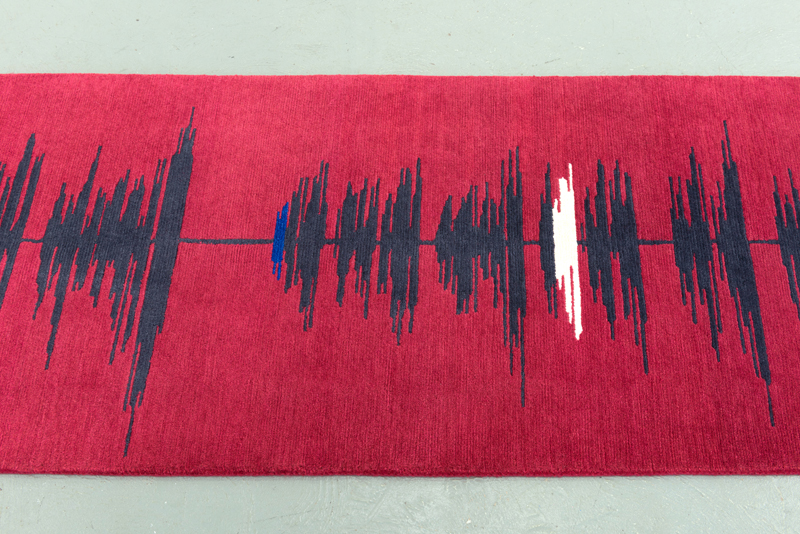 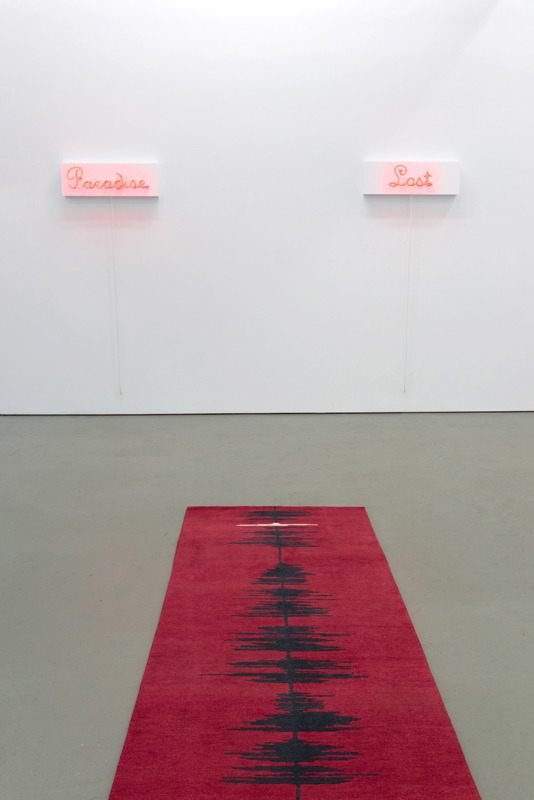 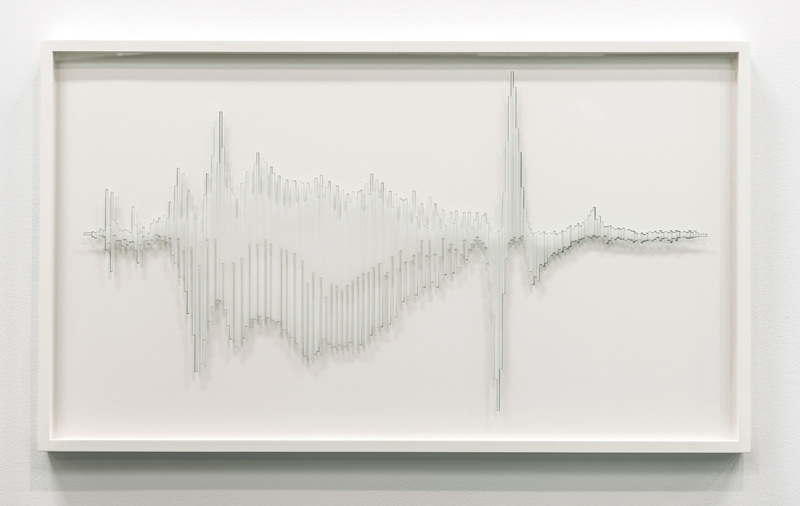 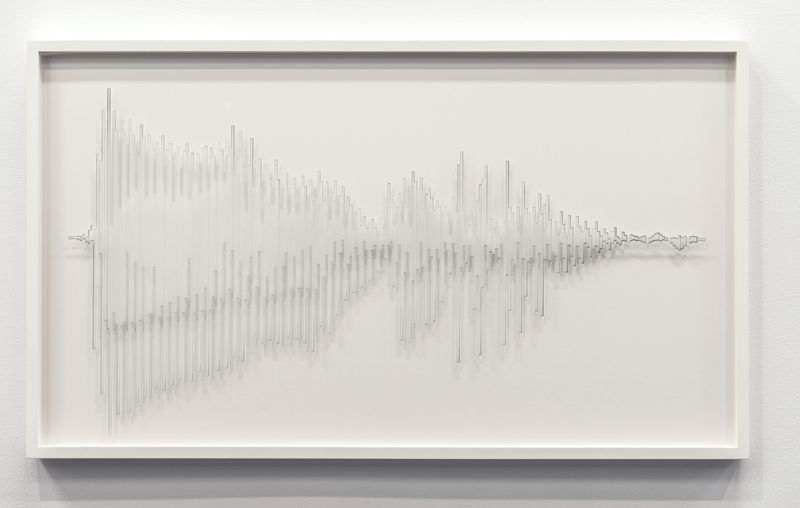 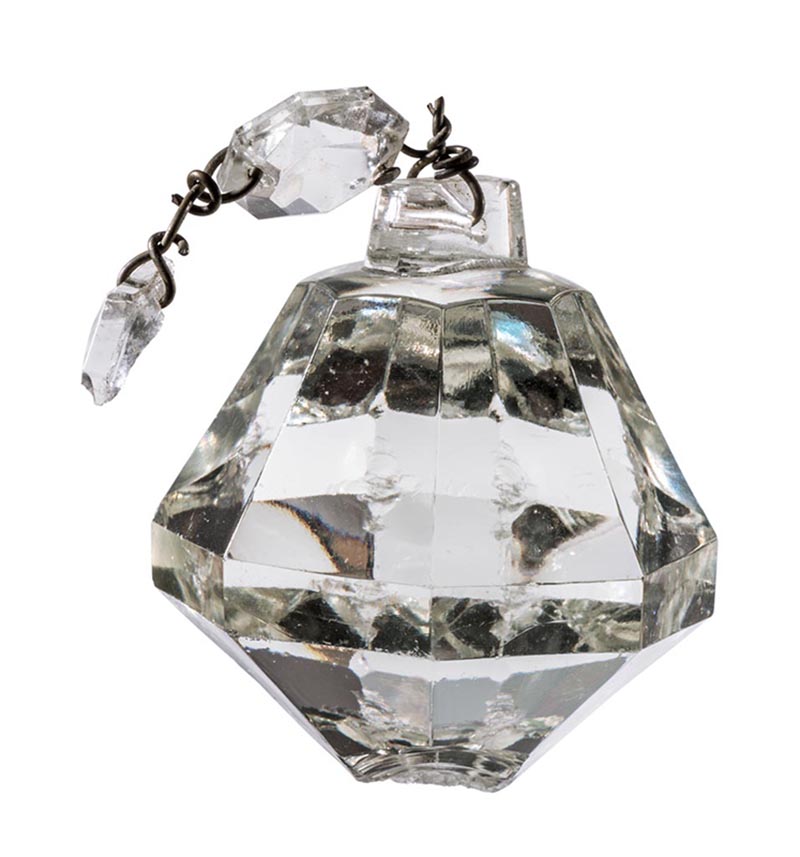 Galerie Antoine Ertaskiran is pleased to present Barbara Steinman’s second solo exhibition at the gallery titled in the name of / au nom de, featuring a selection of works created between 2003 and 2016 that respond to the anxieties of our time.

Steinman’s works in diverse media (video, photo, neon, installation) are known for their conceptual intelligence and deceptive calm. in the name of / au nom de brings together some of the artist’s iconic works in relation to her newest production. Red Carpet (From Here to There) created in the aftermath of September 11th, has audio waveforms woven in wool that resonate with the latest etched glass waveforms of the body of work, Tablets, created after recent events in Paris and Brussels. Her new neon is a nod to Milton’s epic poem of 1667, created during a period of social, political and religious turmoil. Installed in the second exhibition space is Lux Obscura, one of the artist’s distorted Empire style chandeliers. Another work in this series, Lux (2000), is also currently on view at the Montreal Museum of Fine Arts.

In 2002, Barbara Steinman received a Governor General’s Award for Distinguished Career Achievement in Visual & Media Arts and in 2015, she was awarded an Honorary Doctorate from Concordia University.  Her works have been shown in numerous galleries, museums and public spaces in Canada and abroad, including the Museum of Modern Art (MoMA) (New York), the Stedelijk Museum (Amsterdam), the Museo Nacional Centro de Arte Reina Sofía (Madrid), the Art Institute of Chicago as well as the Setagaya Art Museum (Tokyo). Her works are represented in foremost public collections including Maison Européenne de la Photographie, Paris; Fnac, Fonds national d’art contemporain, Paris; Seoul Metropolitan Museum of Art, Seoul; the National Gallery of Canada, Ottawa and the Art Gallery of Ontario (AGO), Toronto as well as private collections throughout Canada and in Paris, Brussels, Tokyo and New York.

To read the review from Ji-Yoon Han, click here