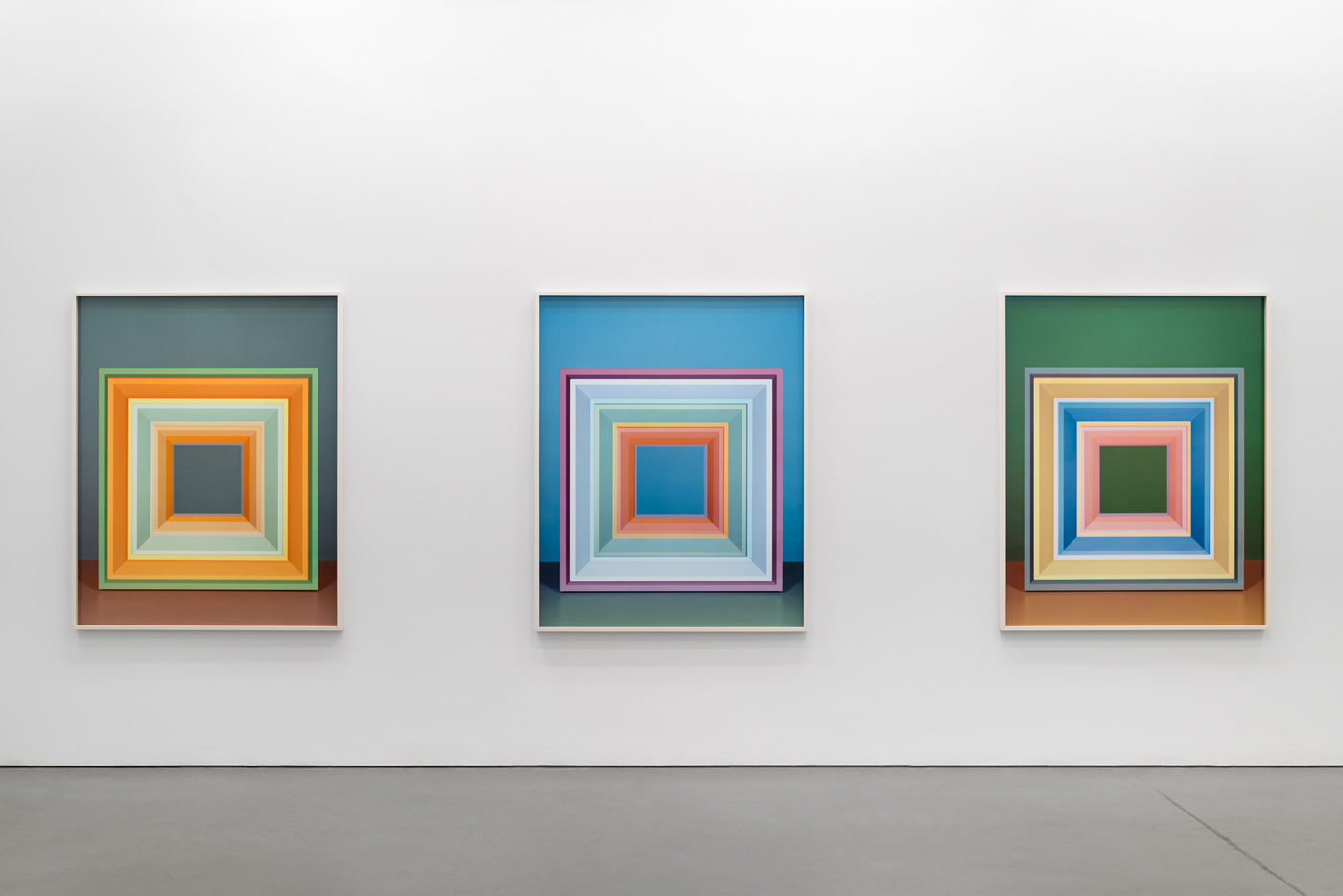 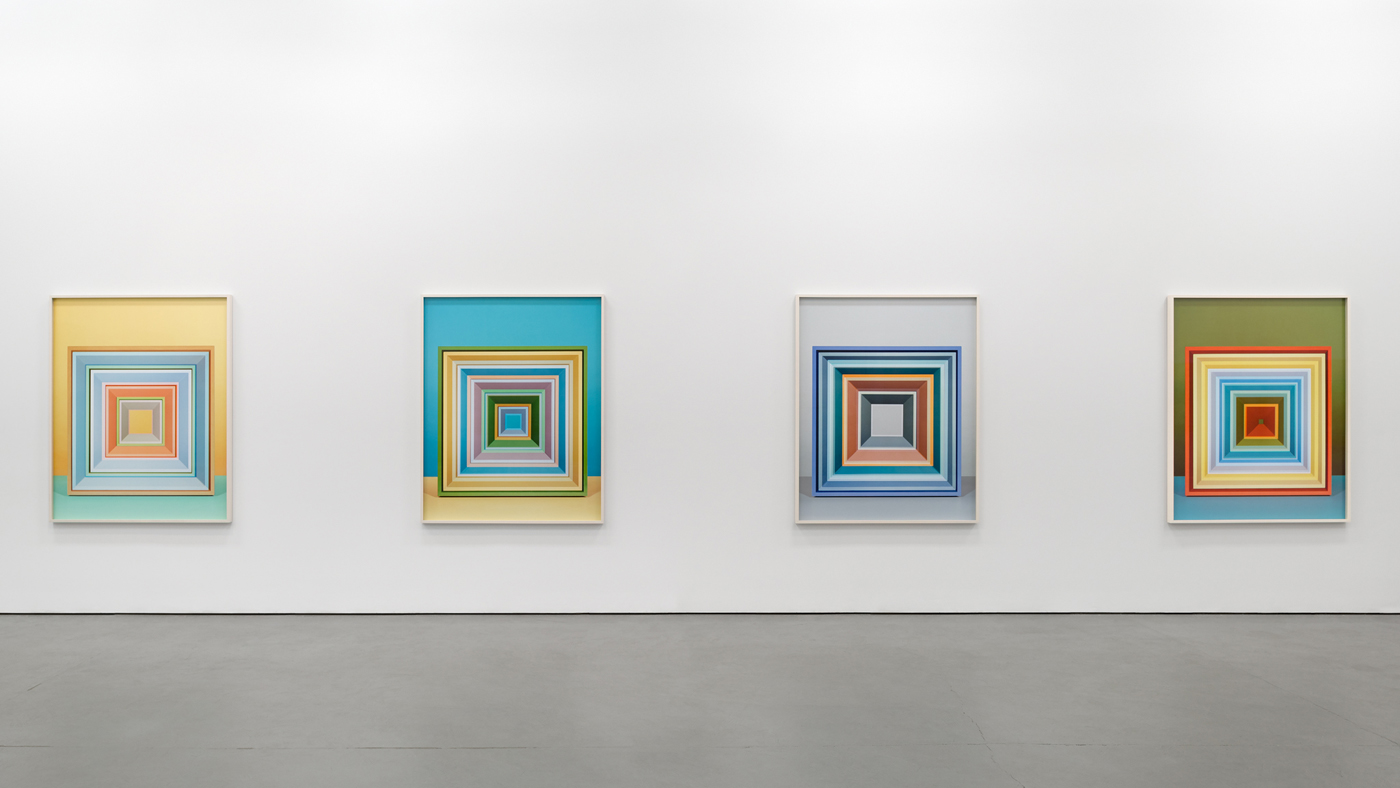 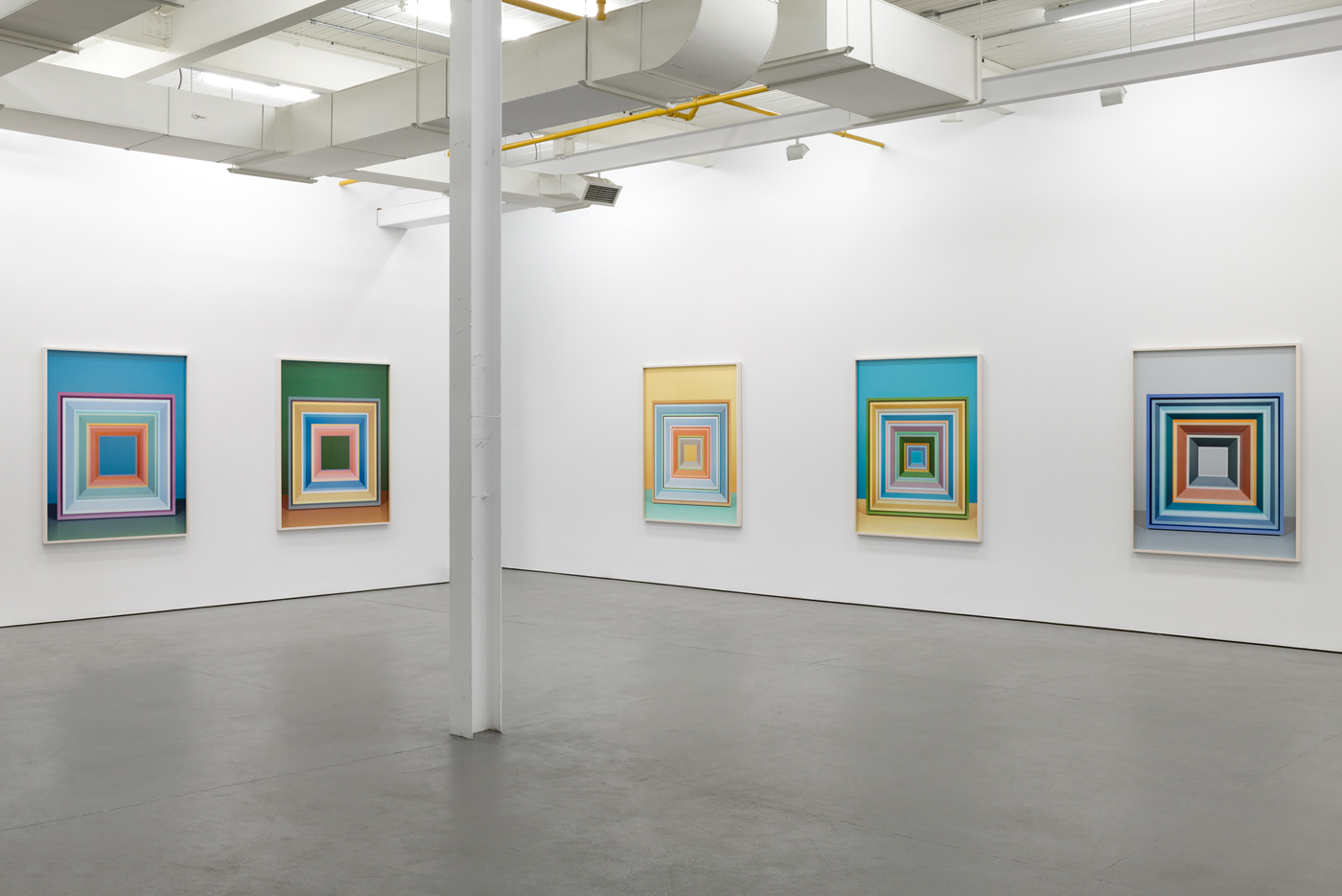 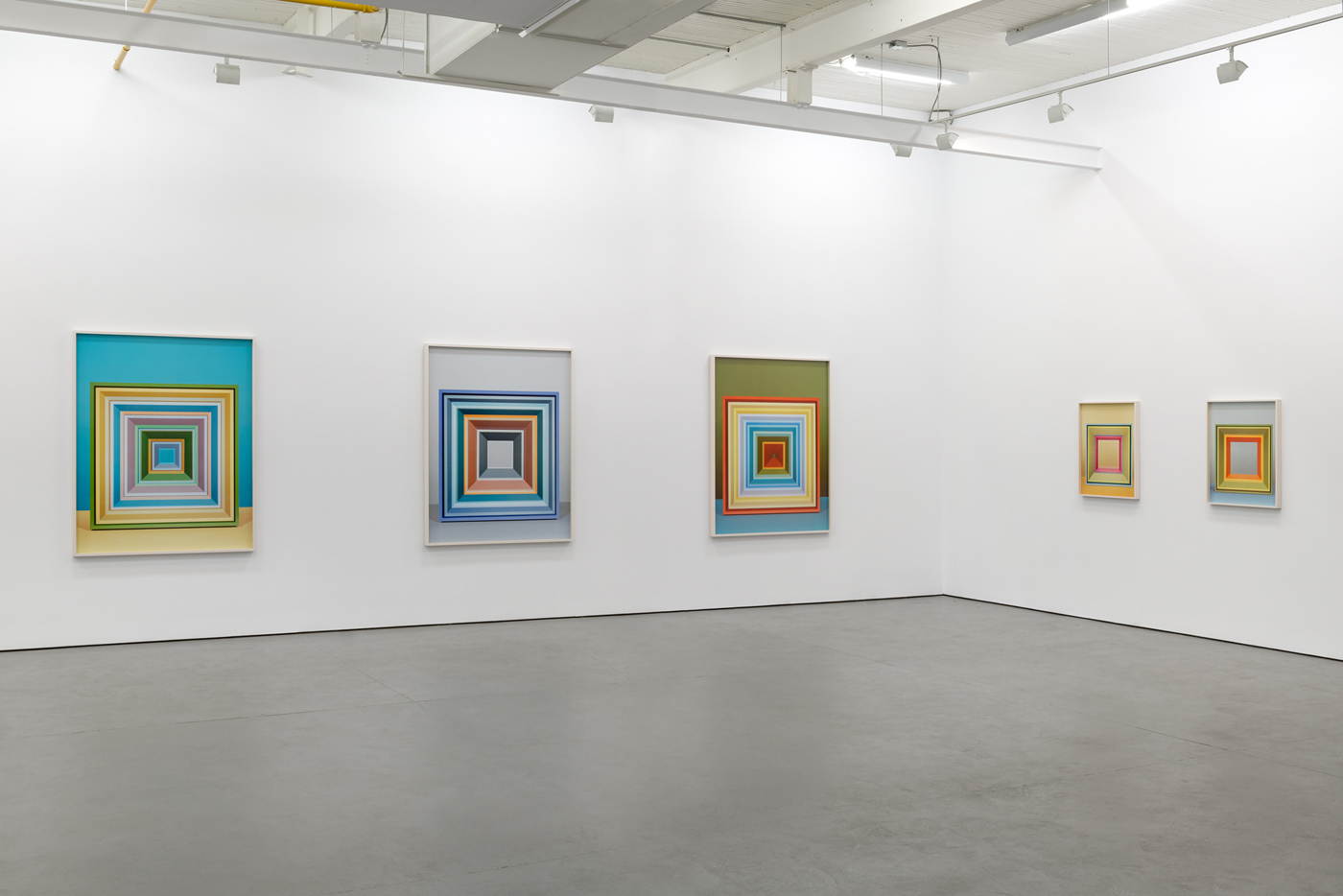 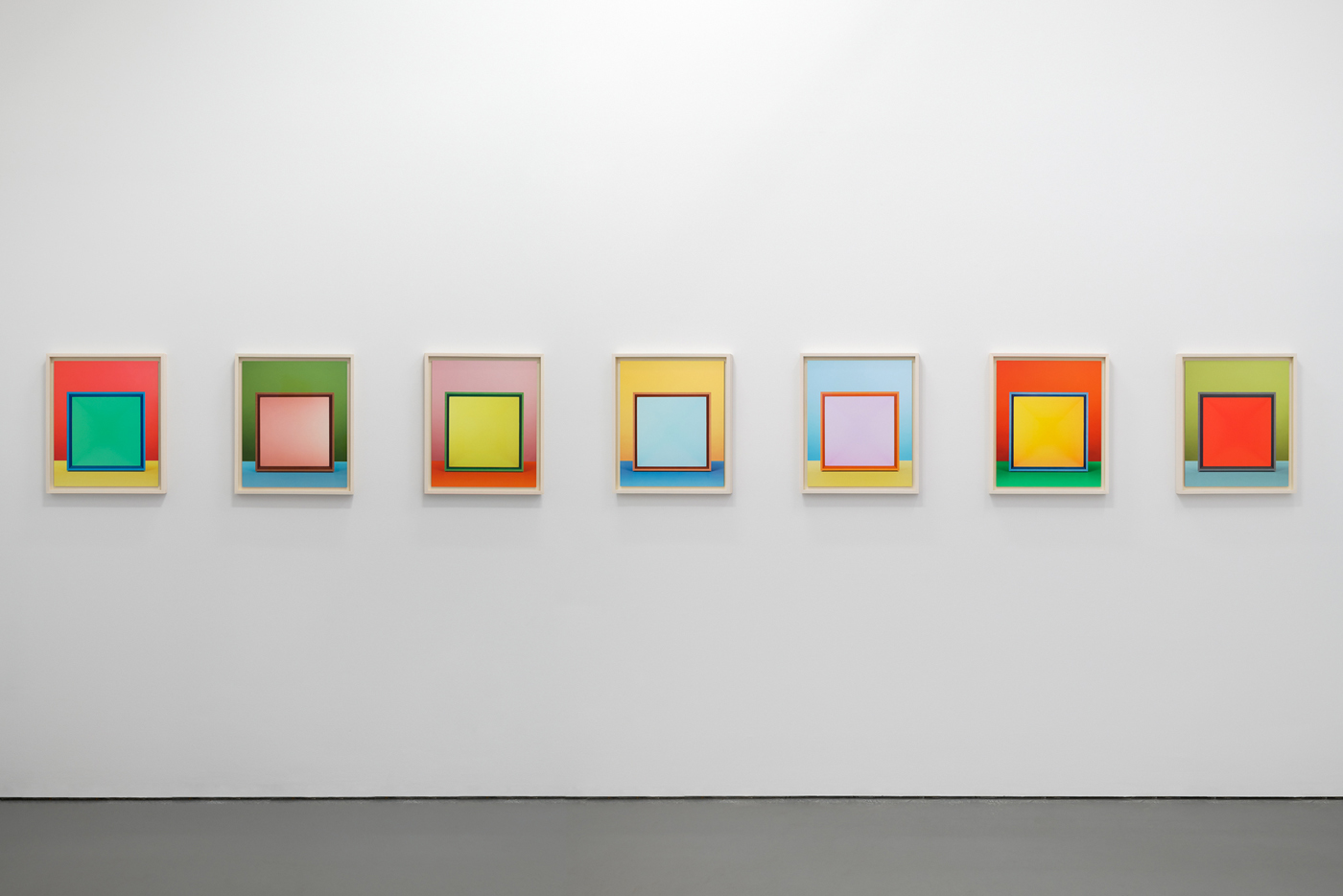 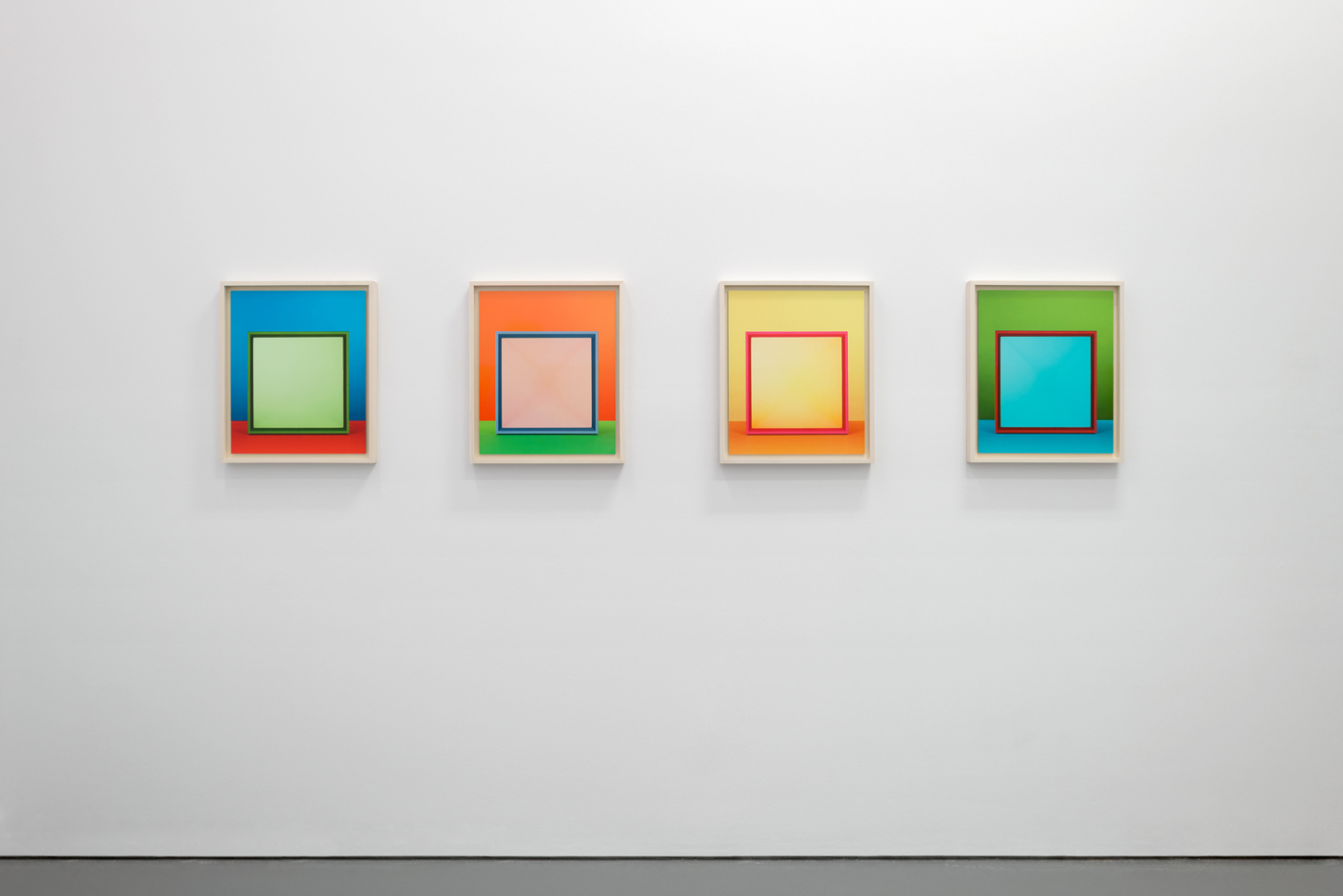 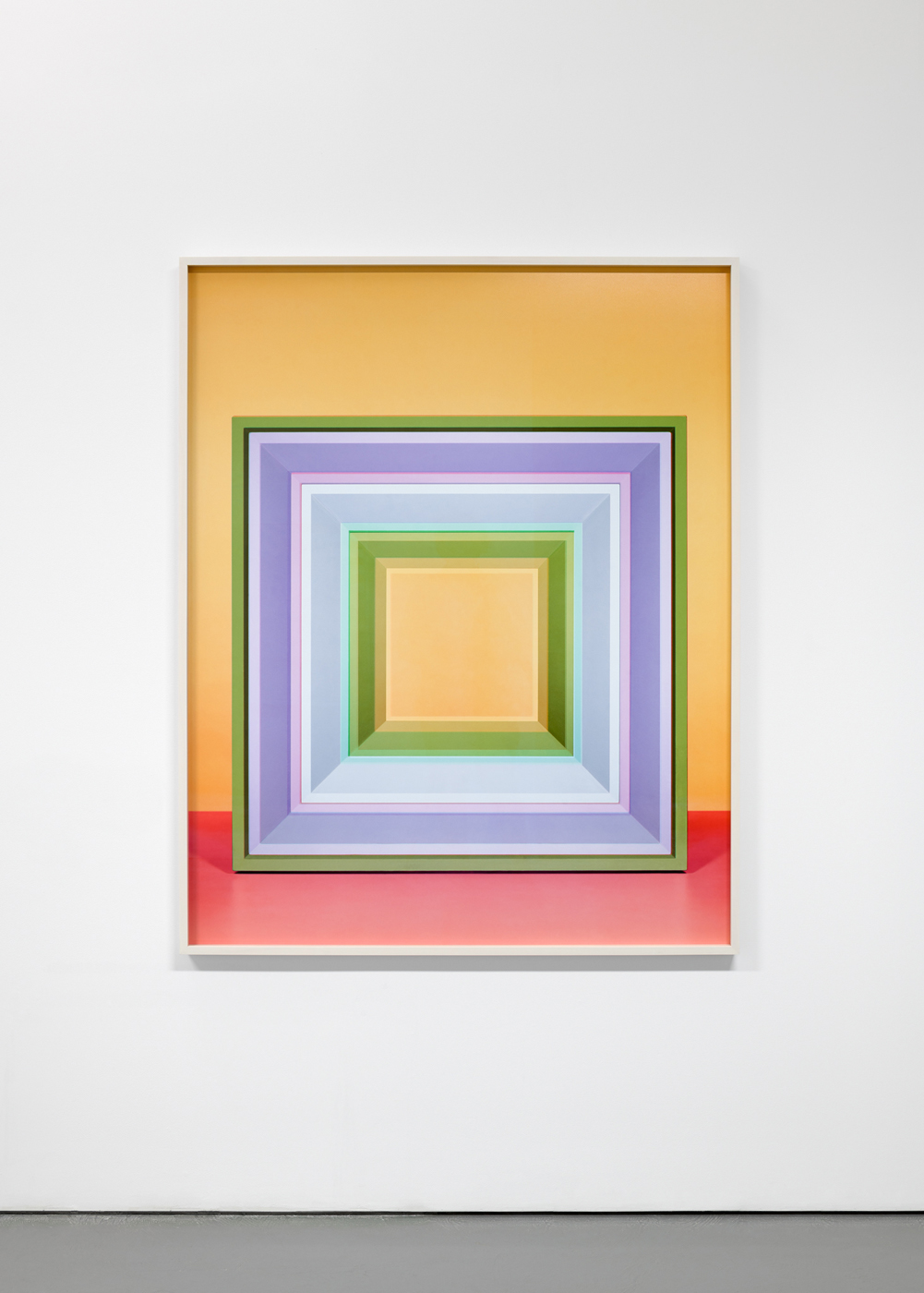 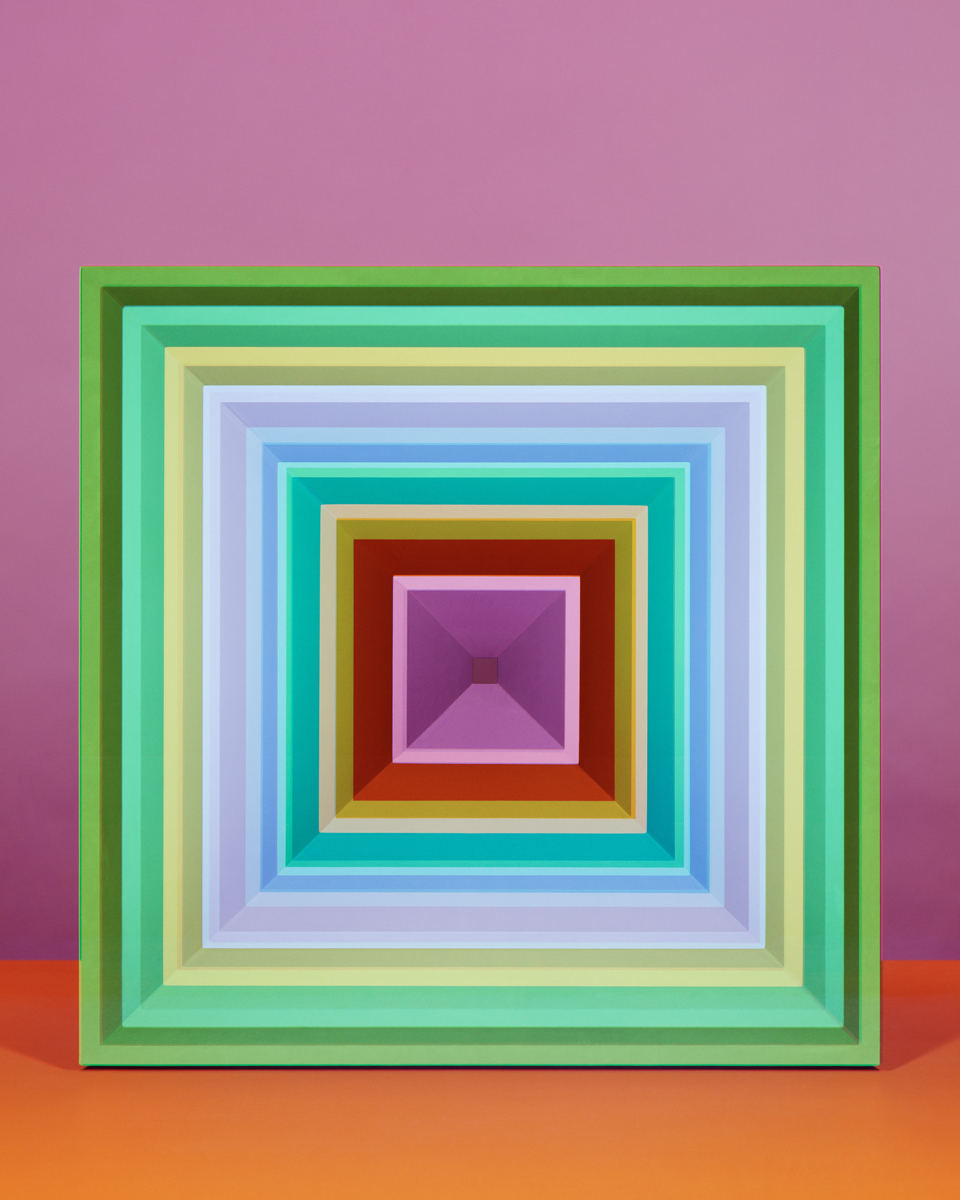 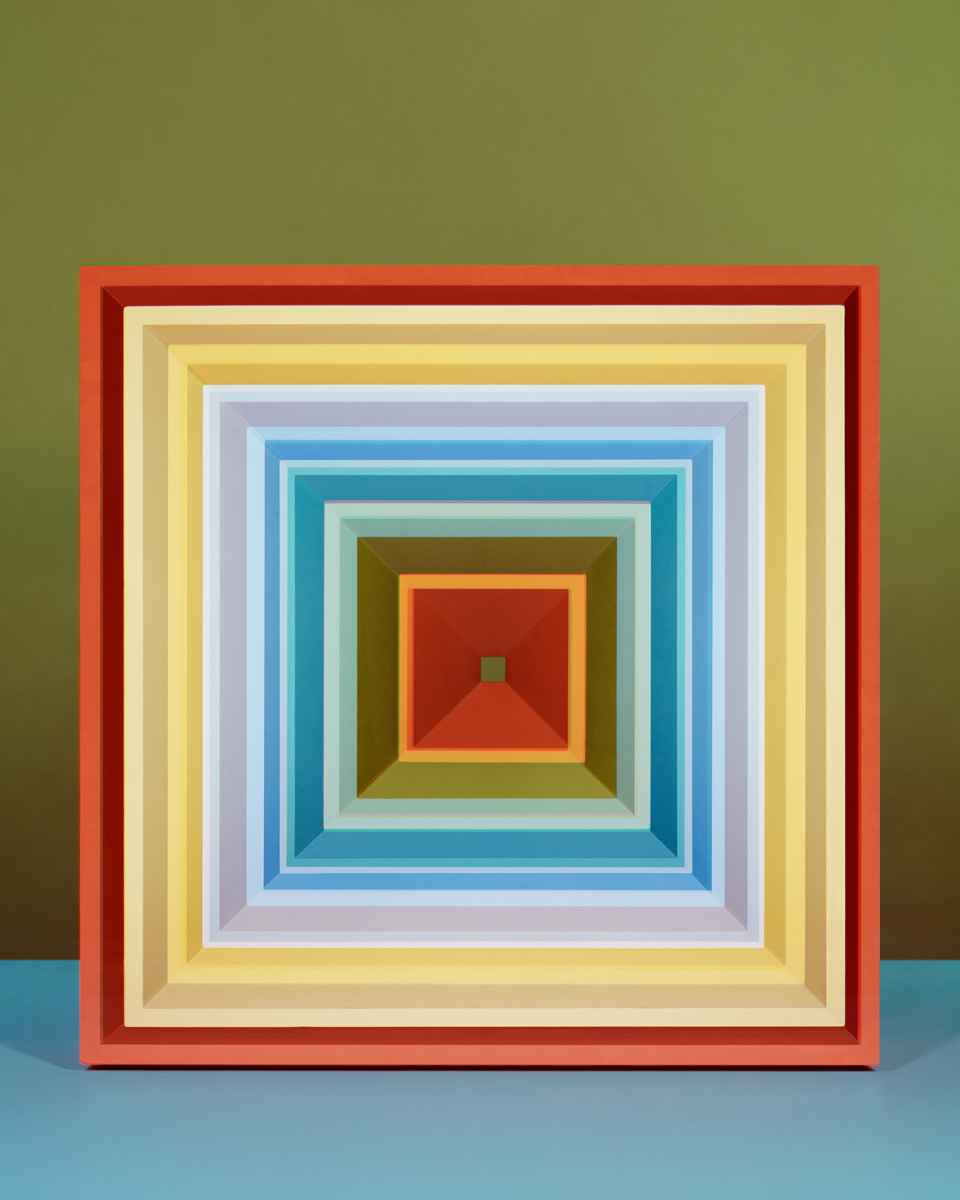 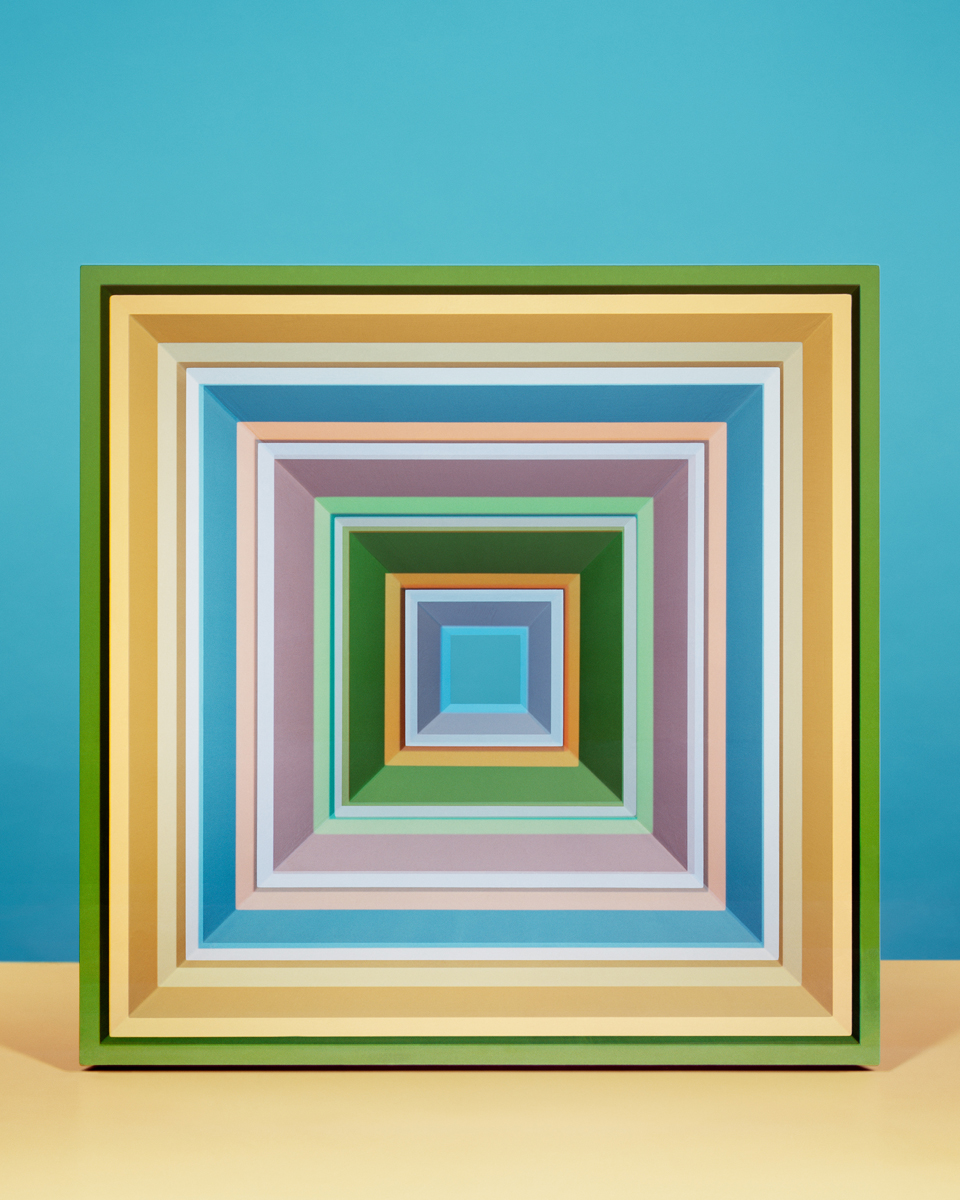 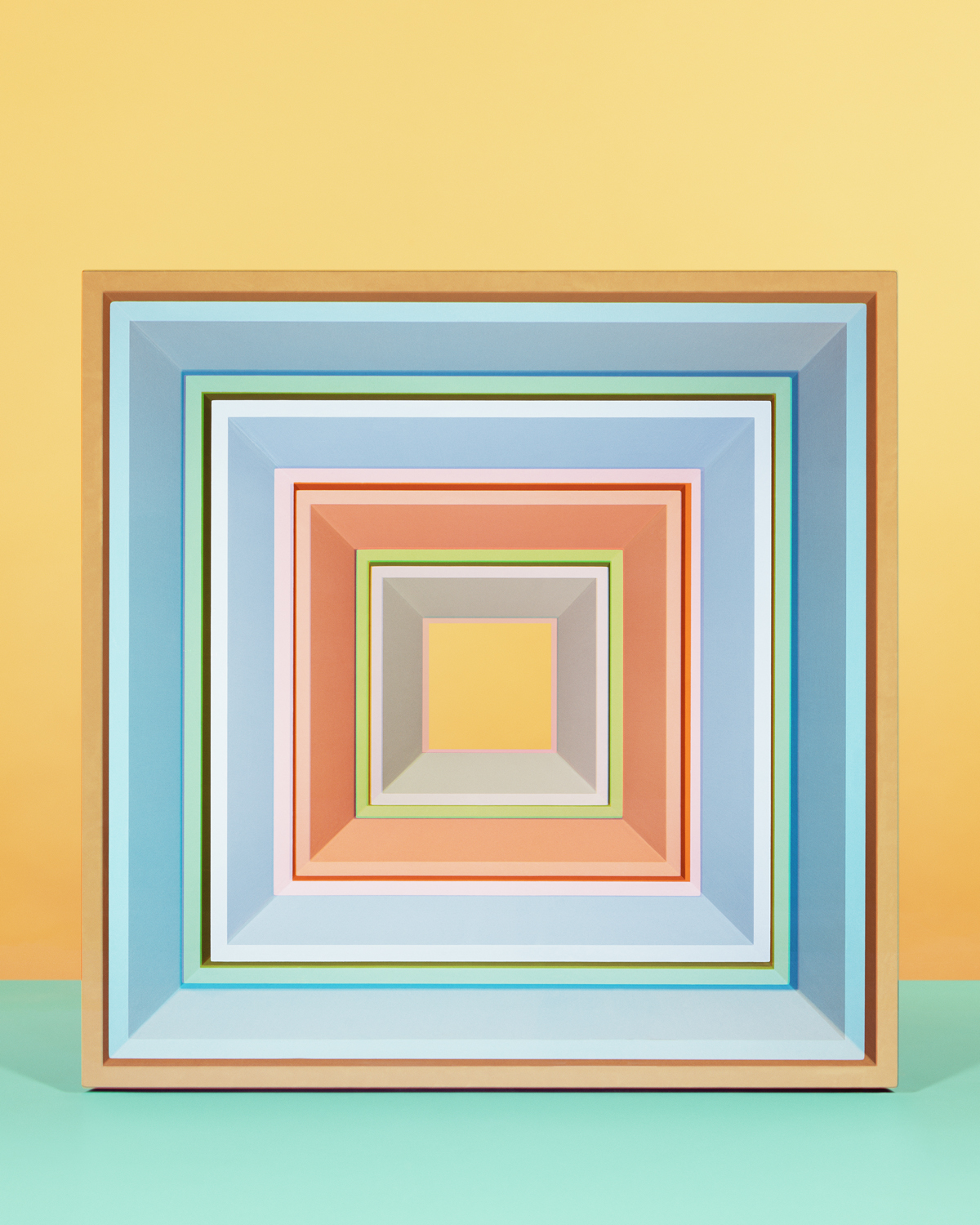 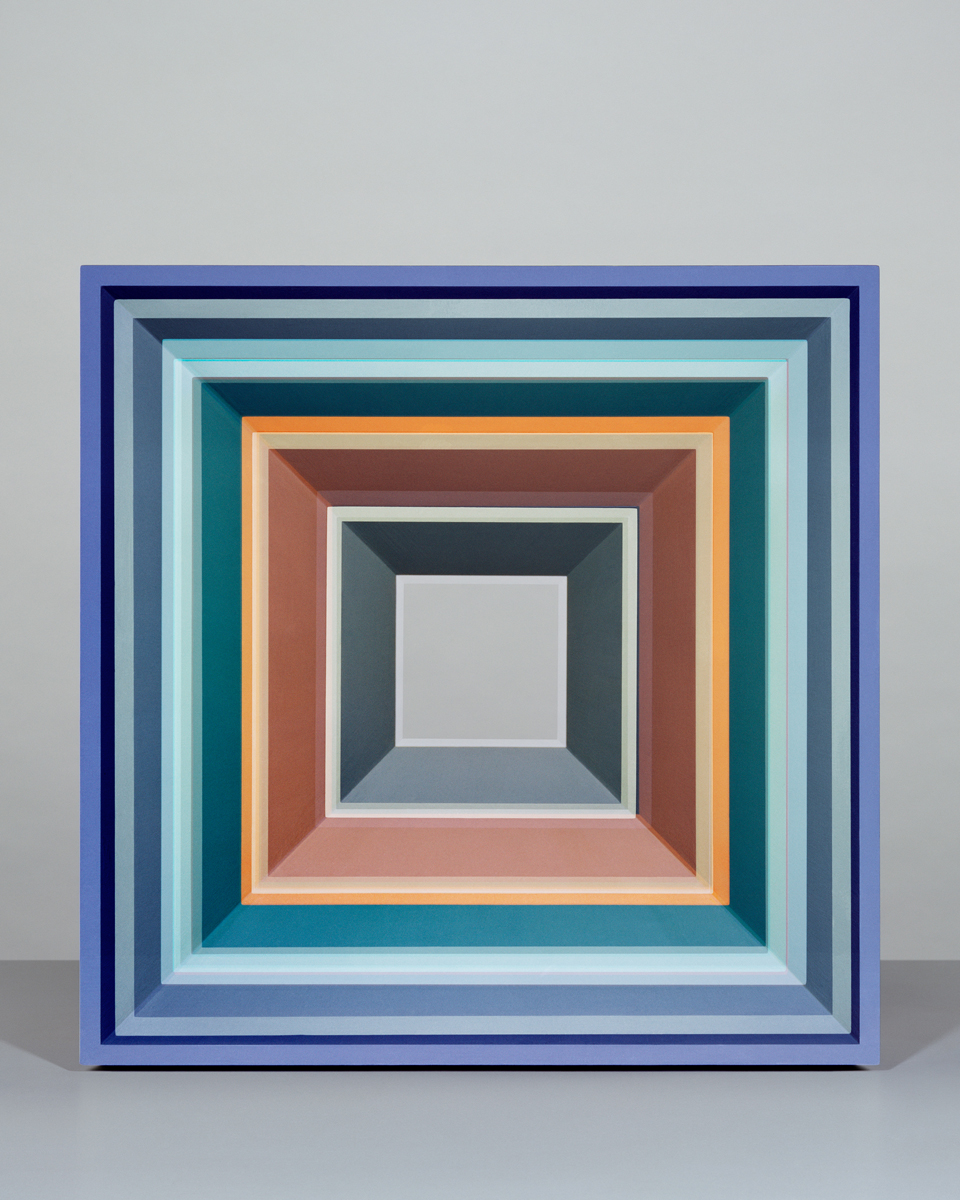 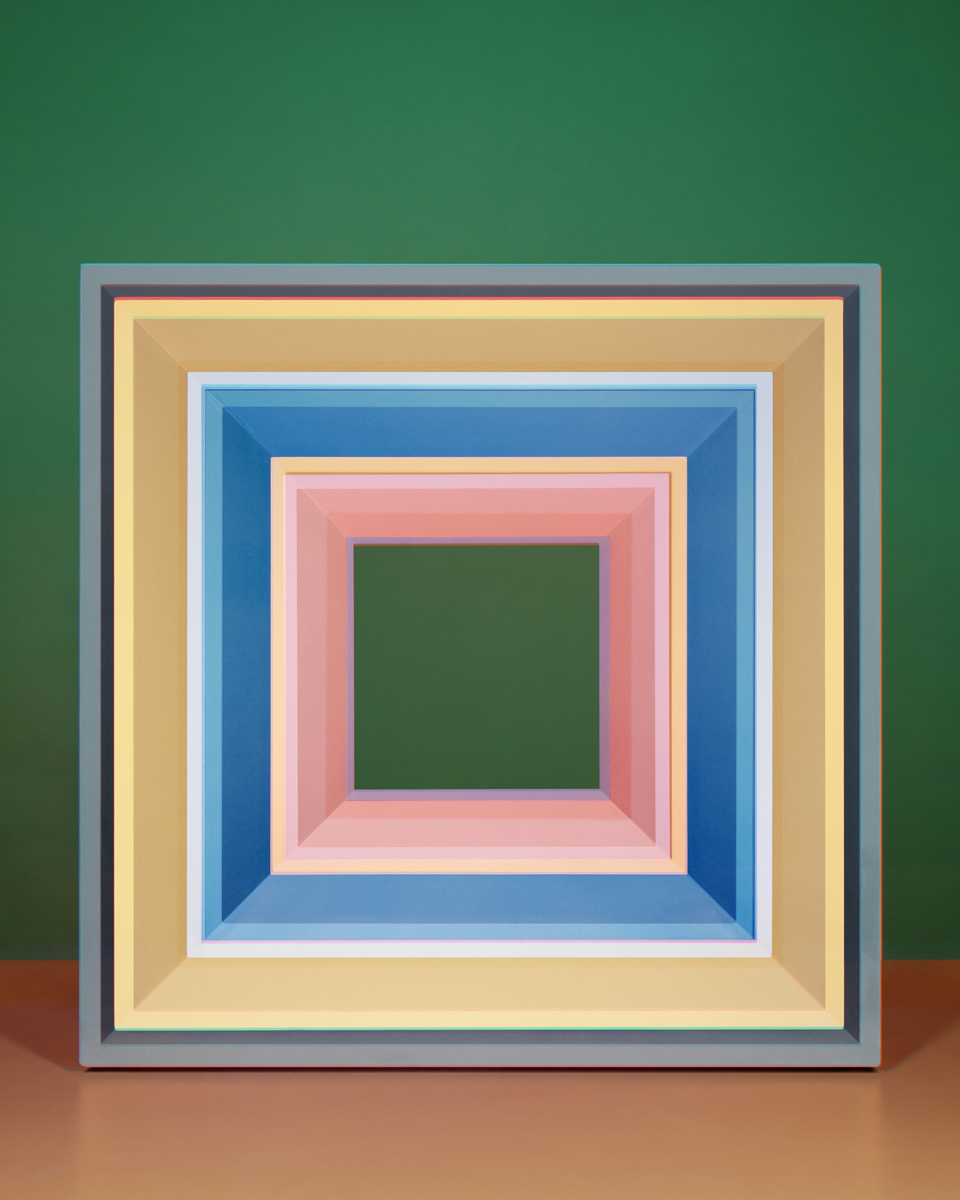 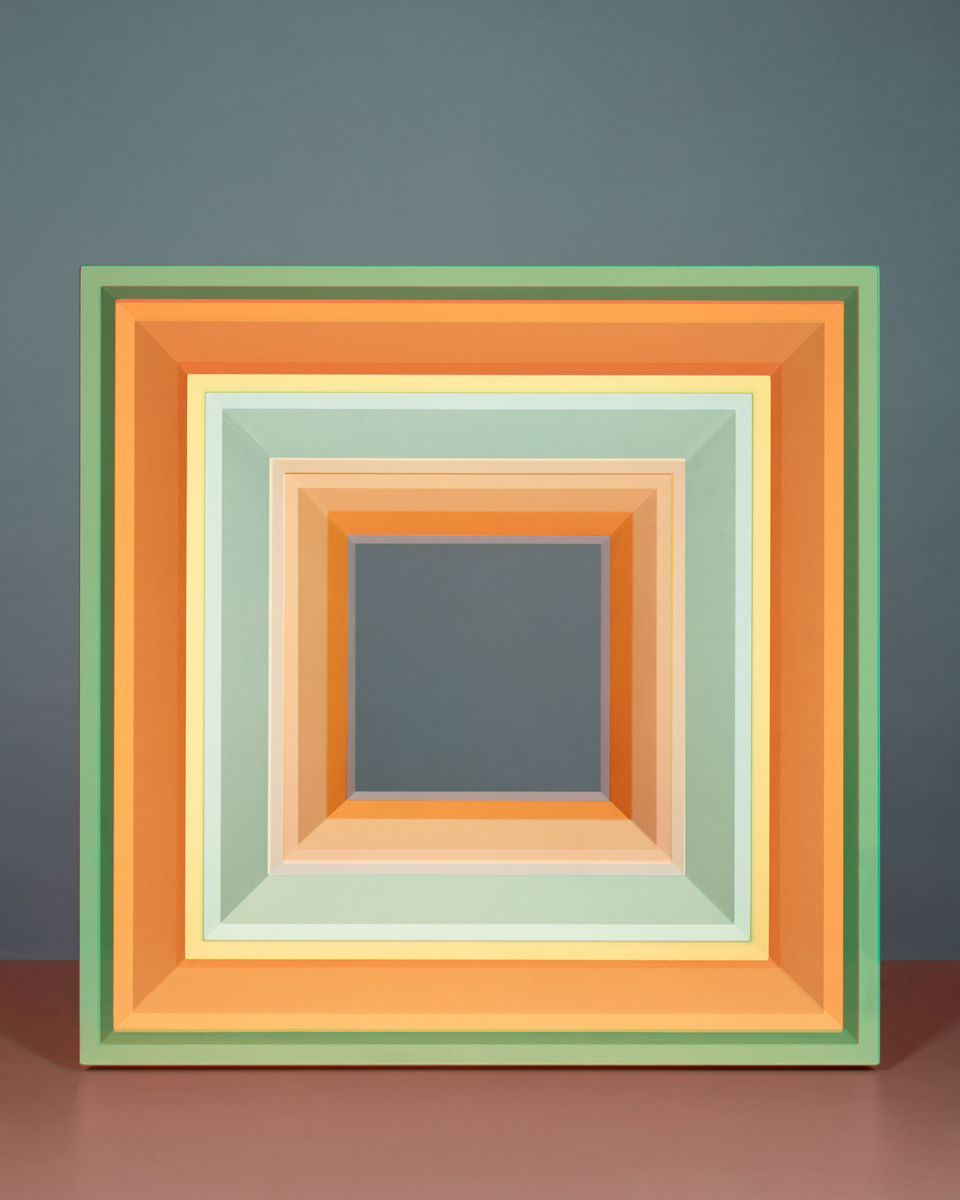 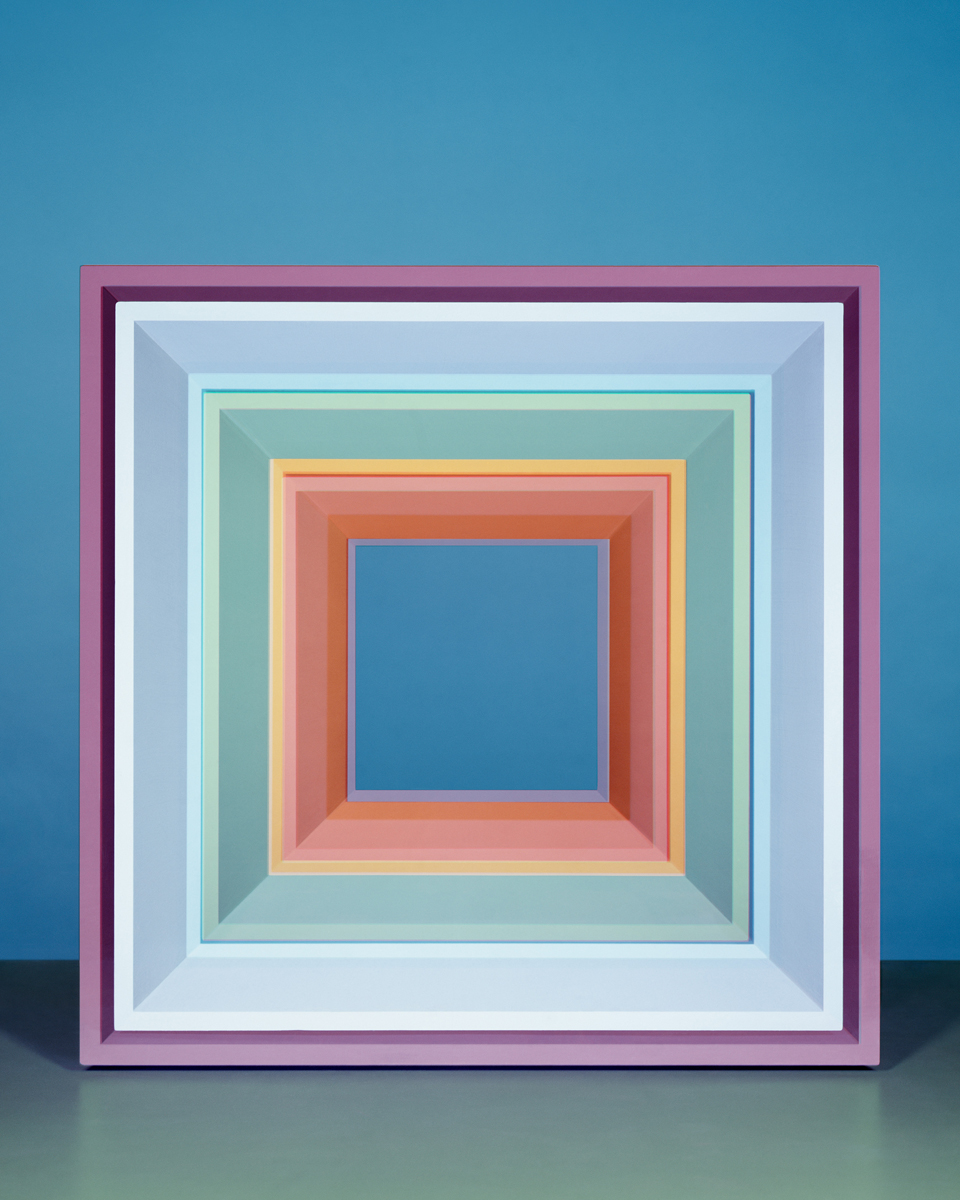 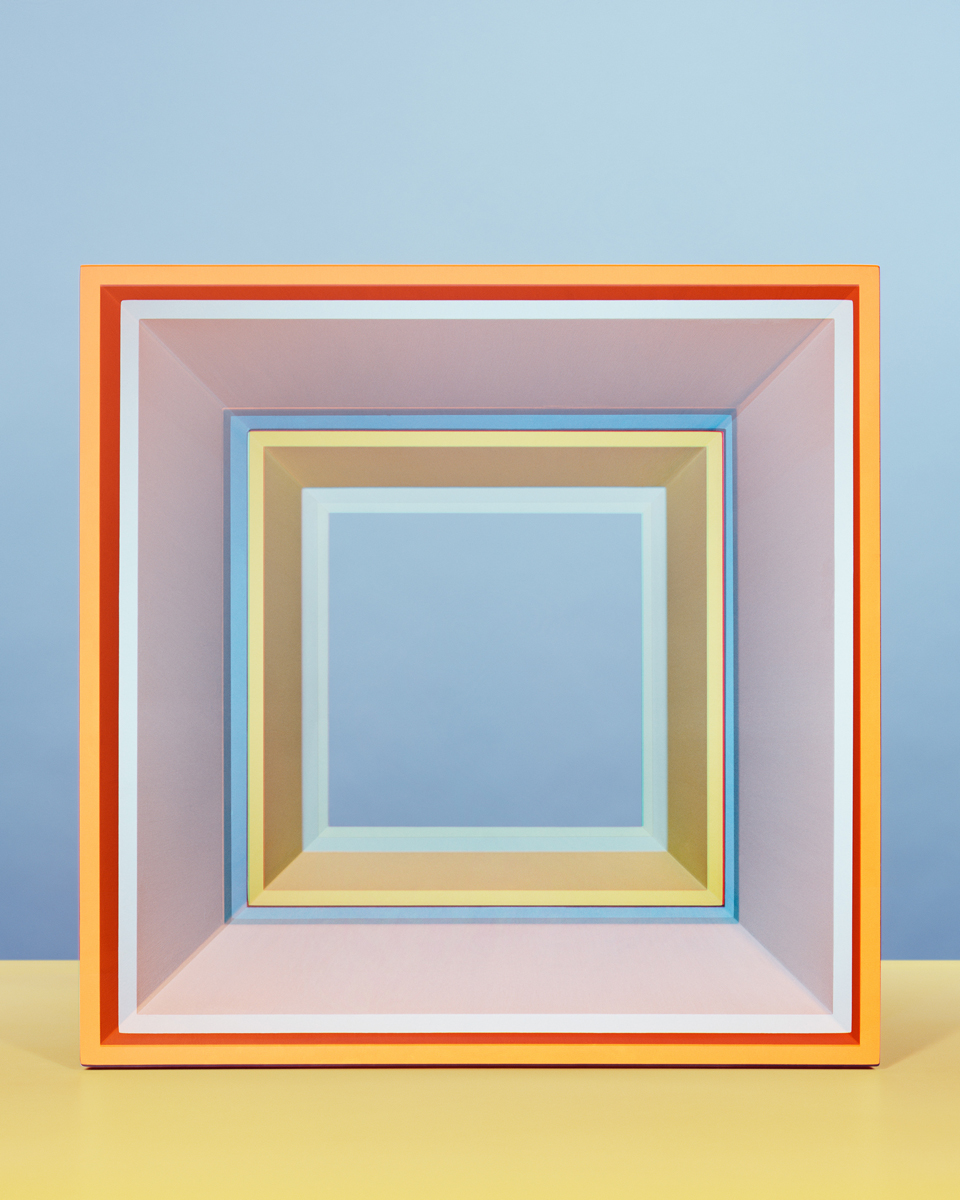 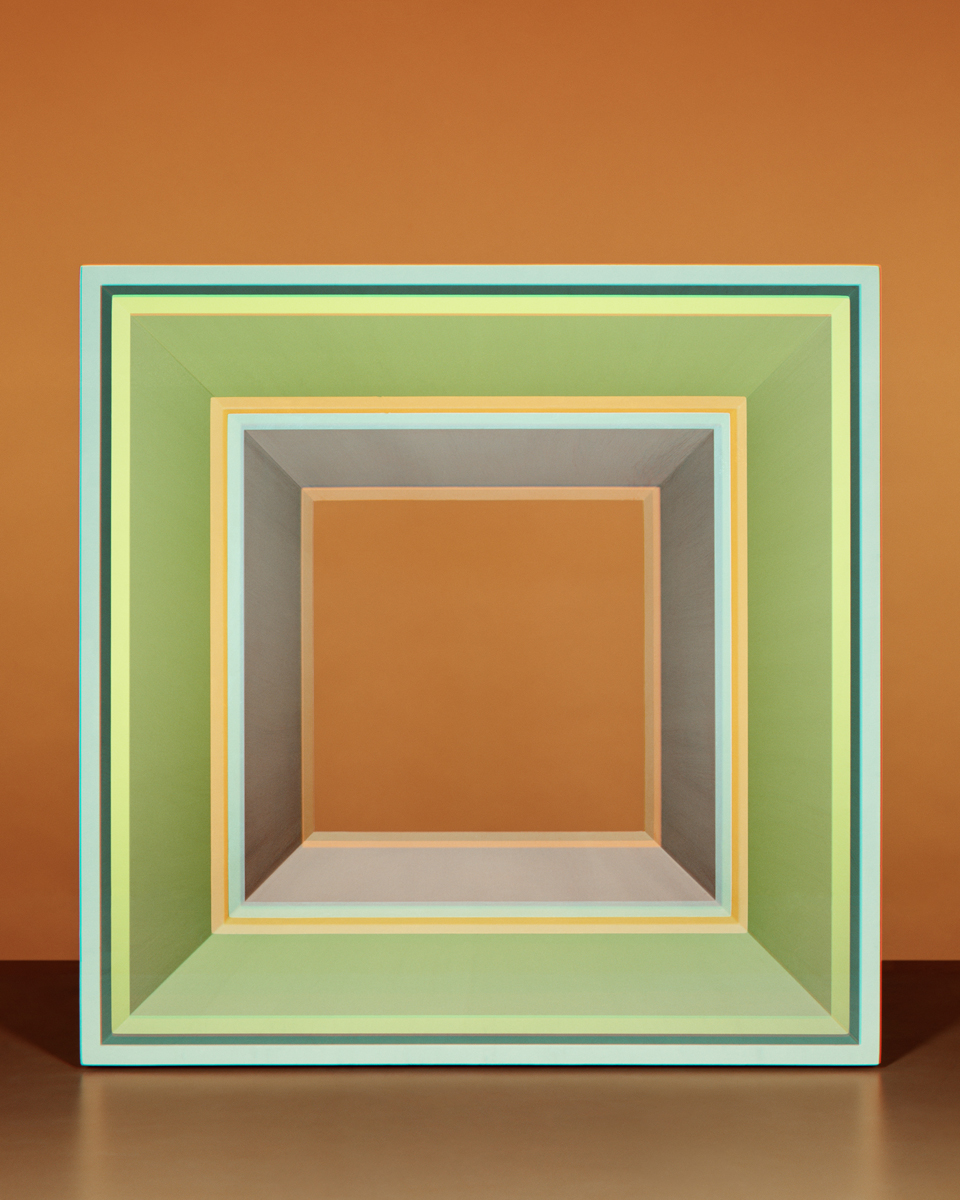 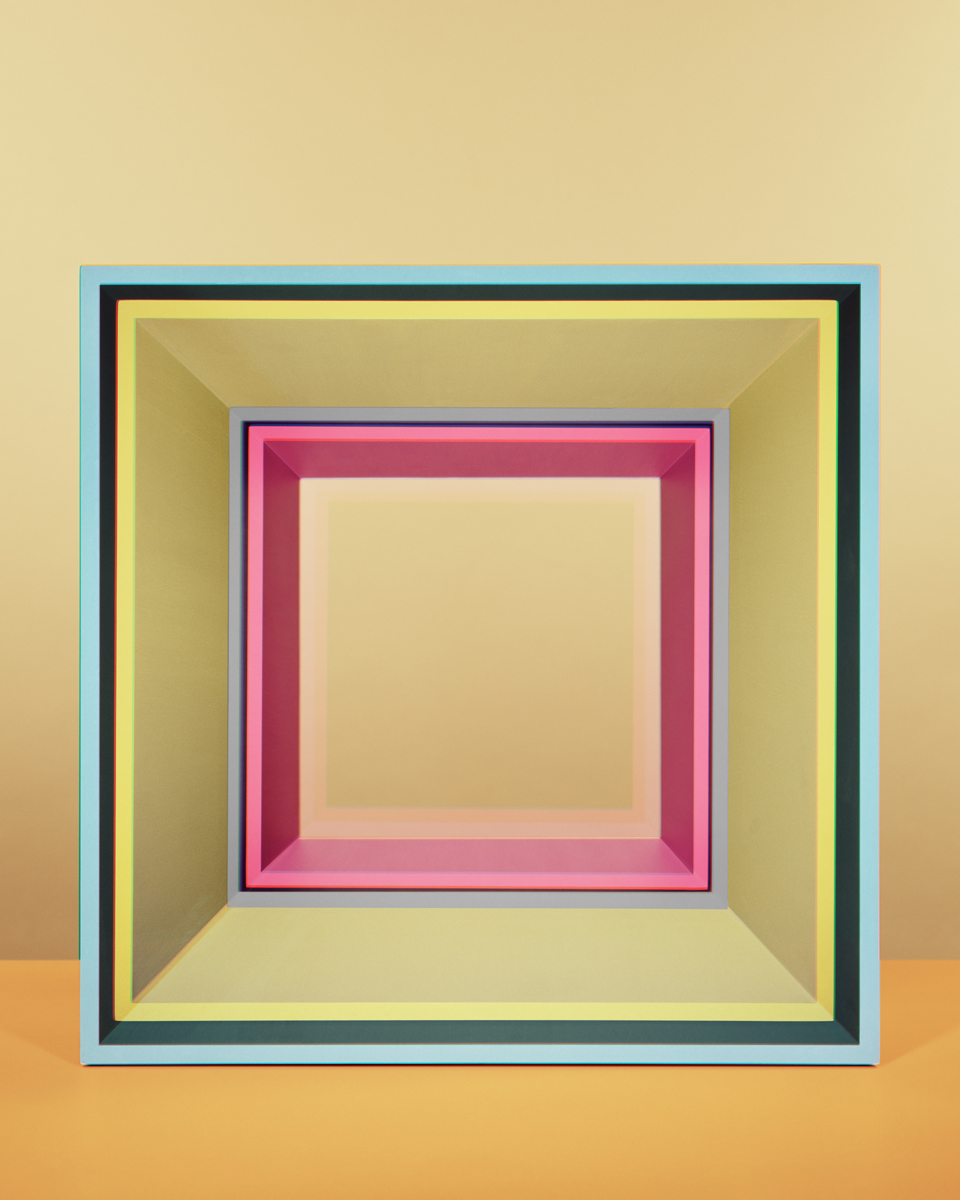 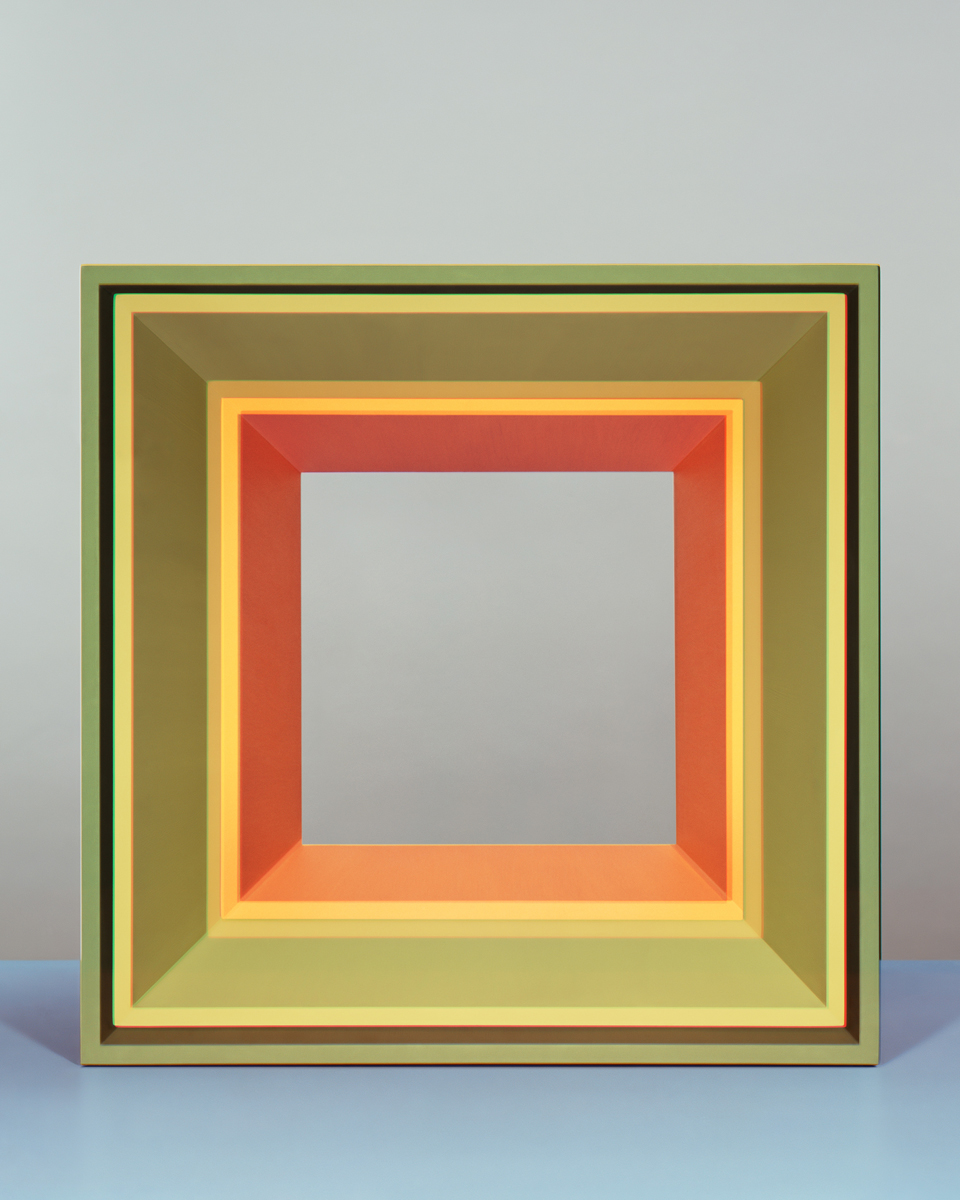 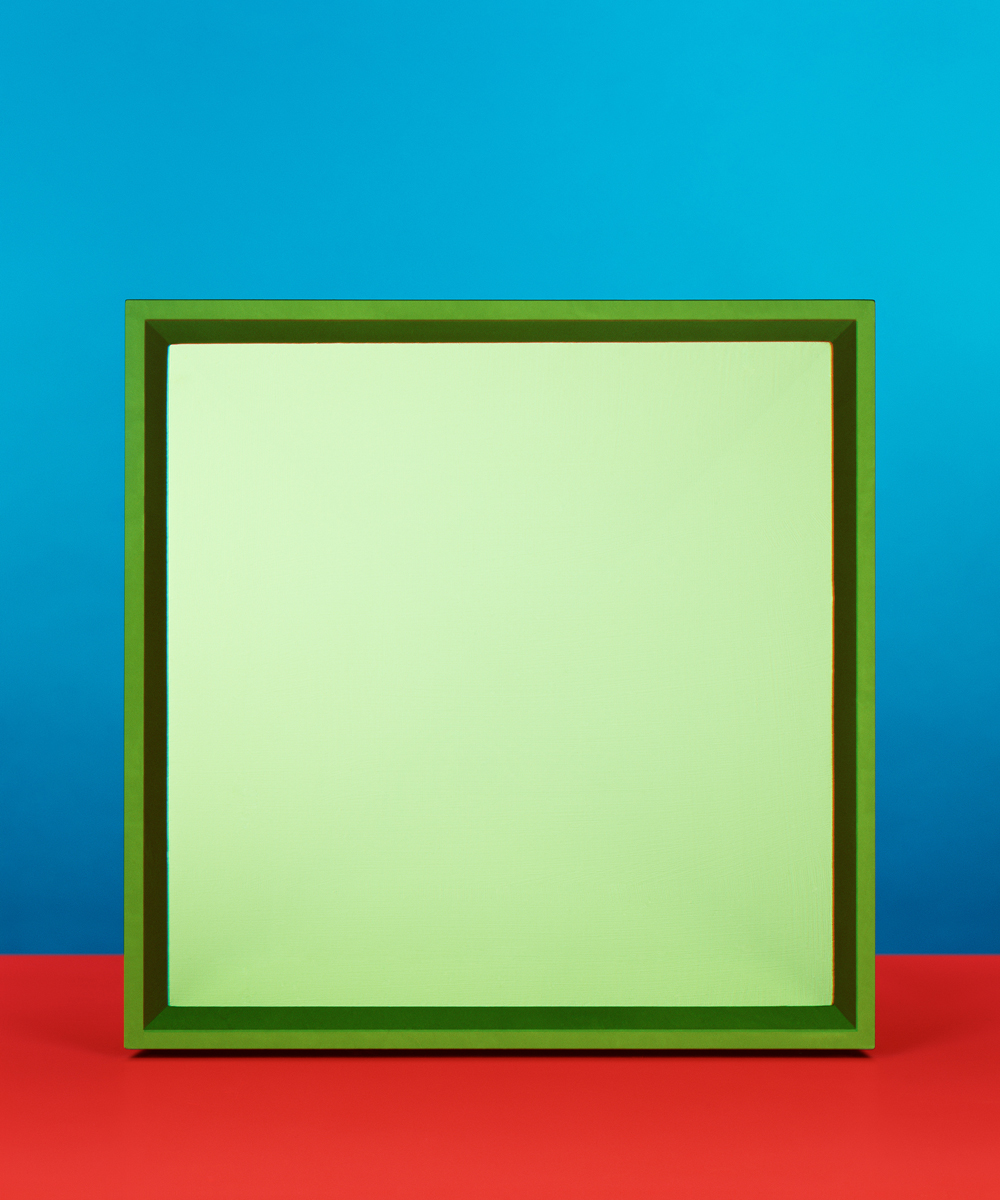 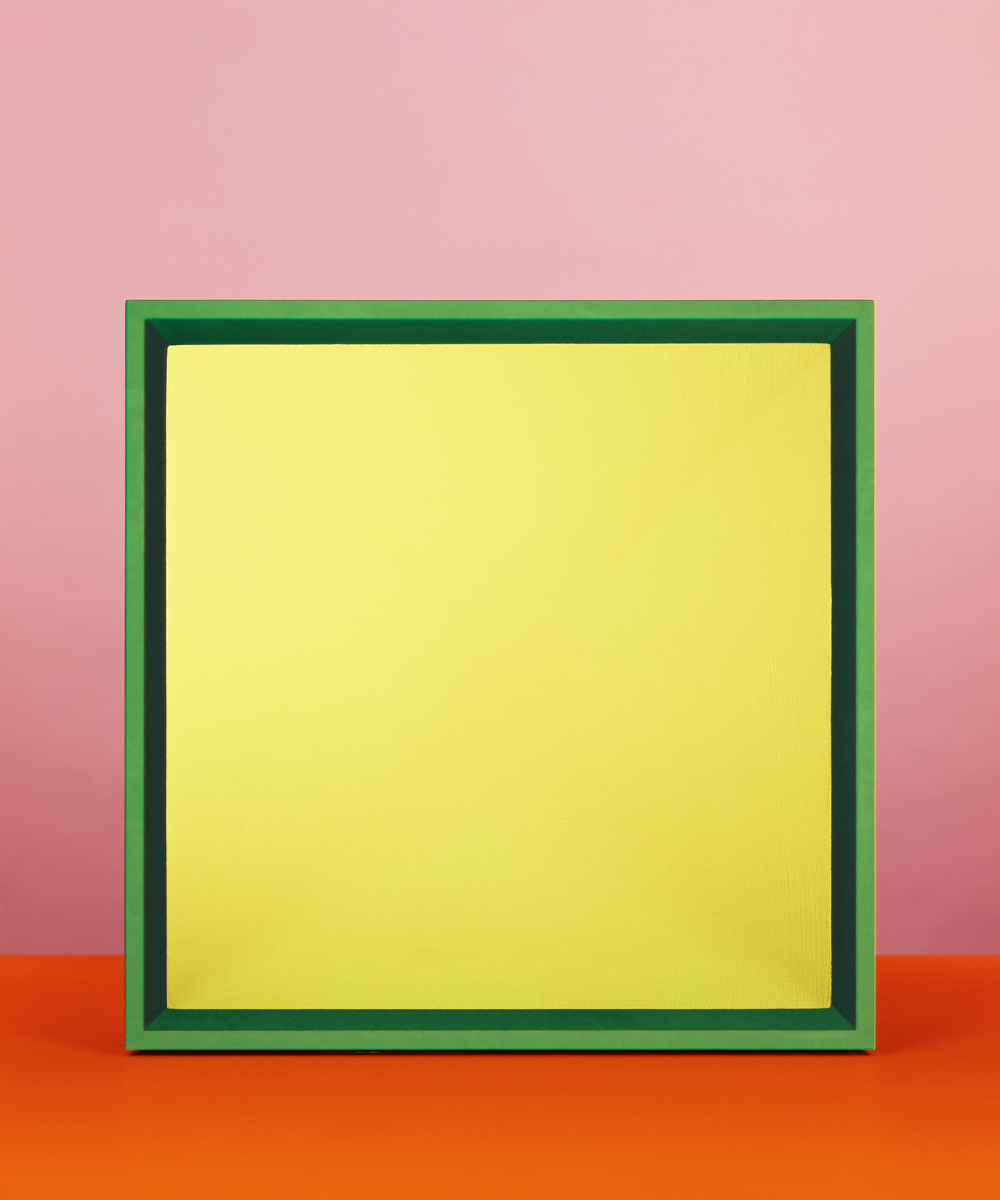 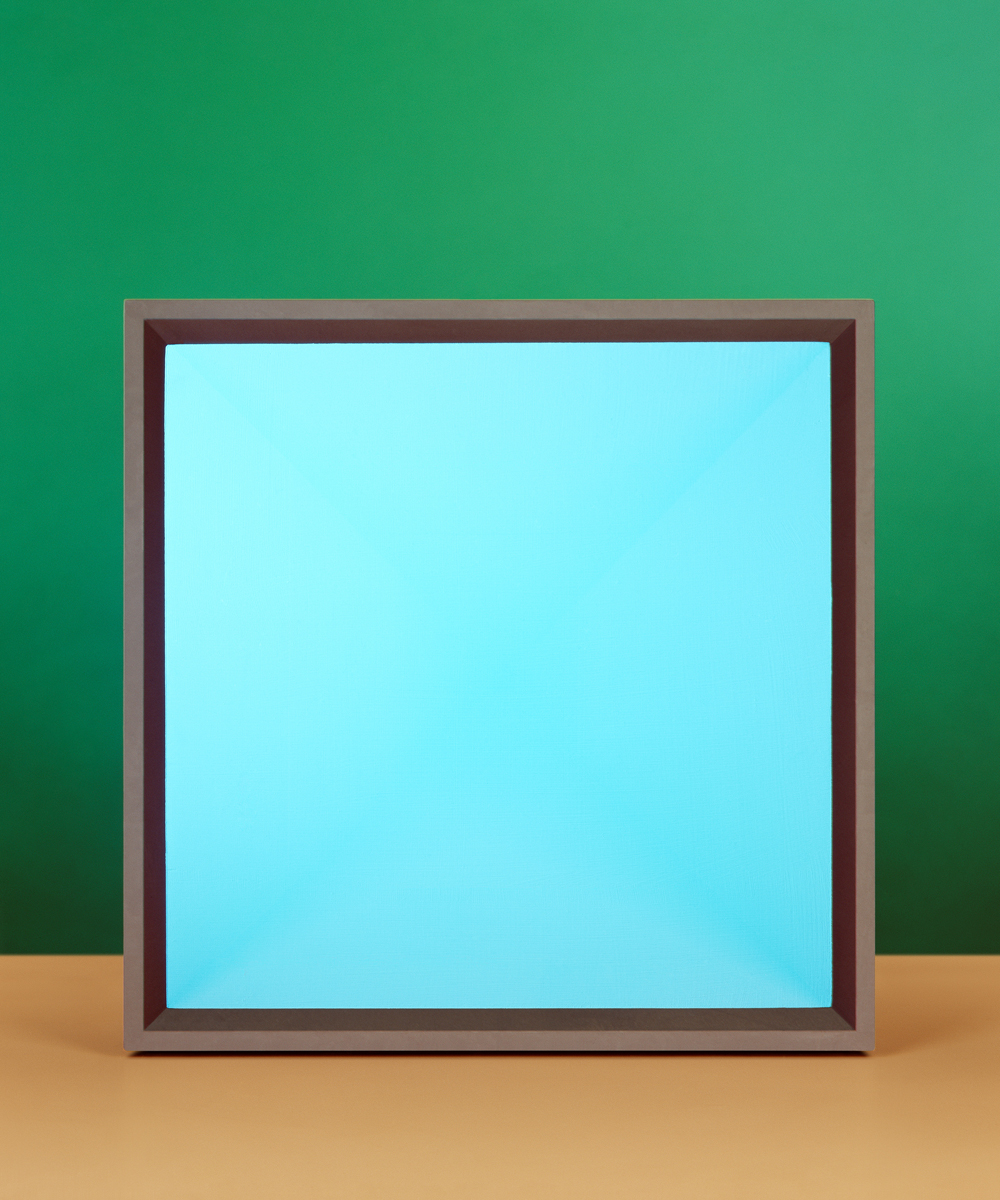 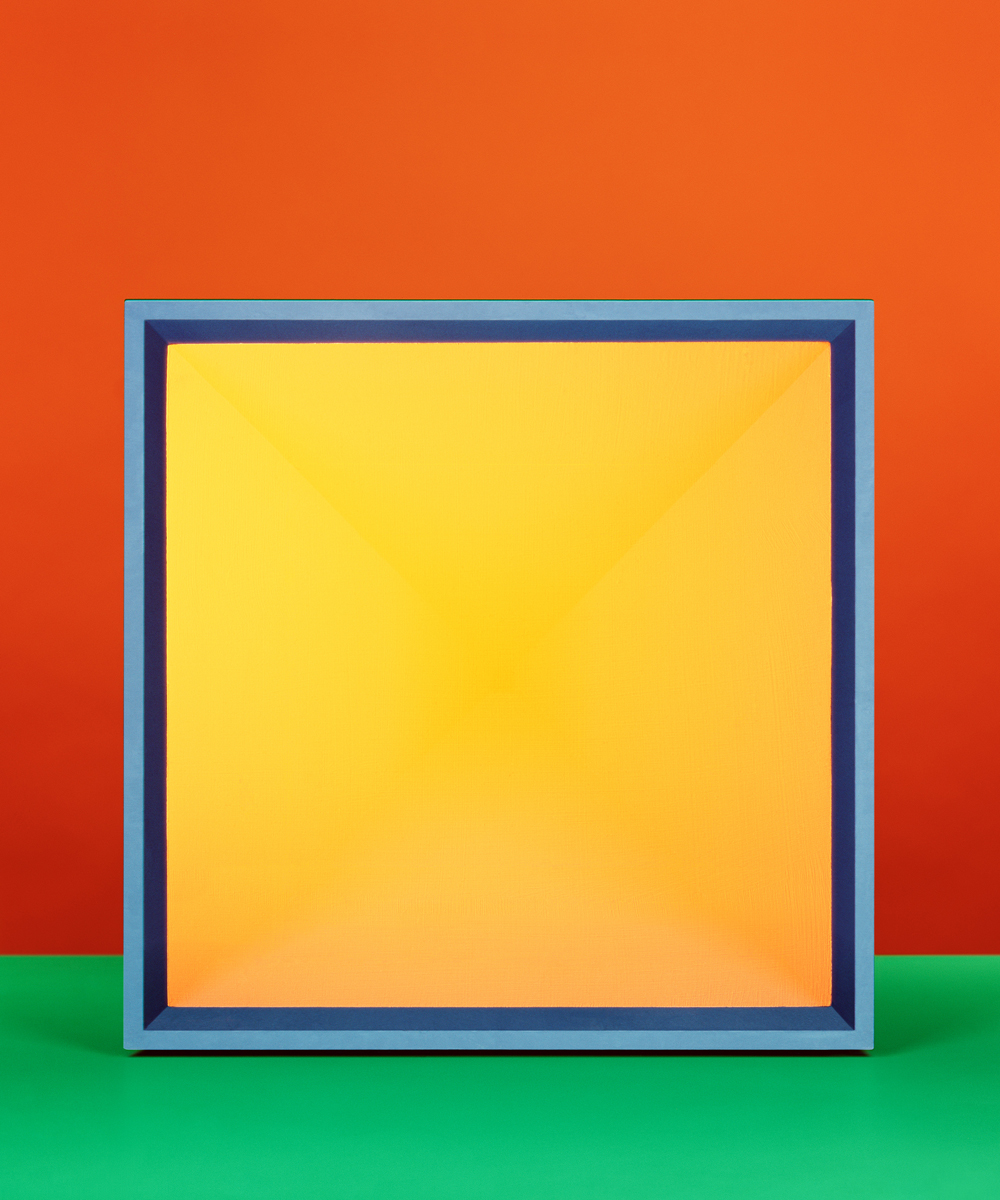 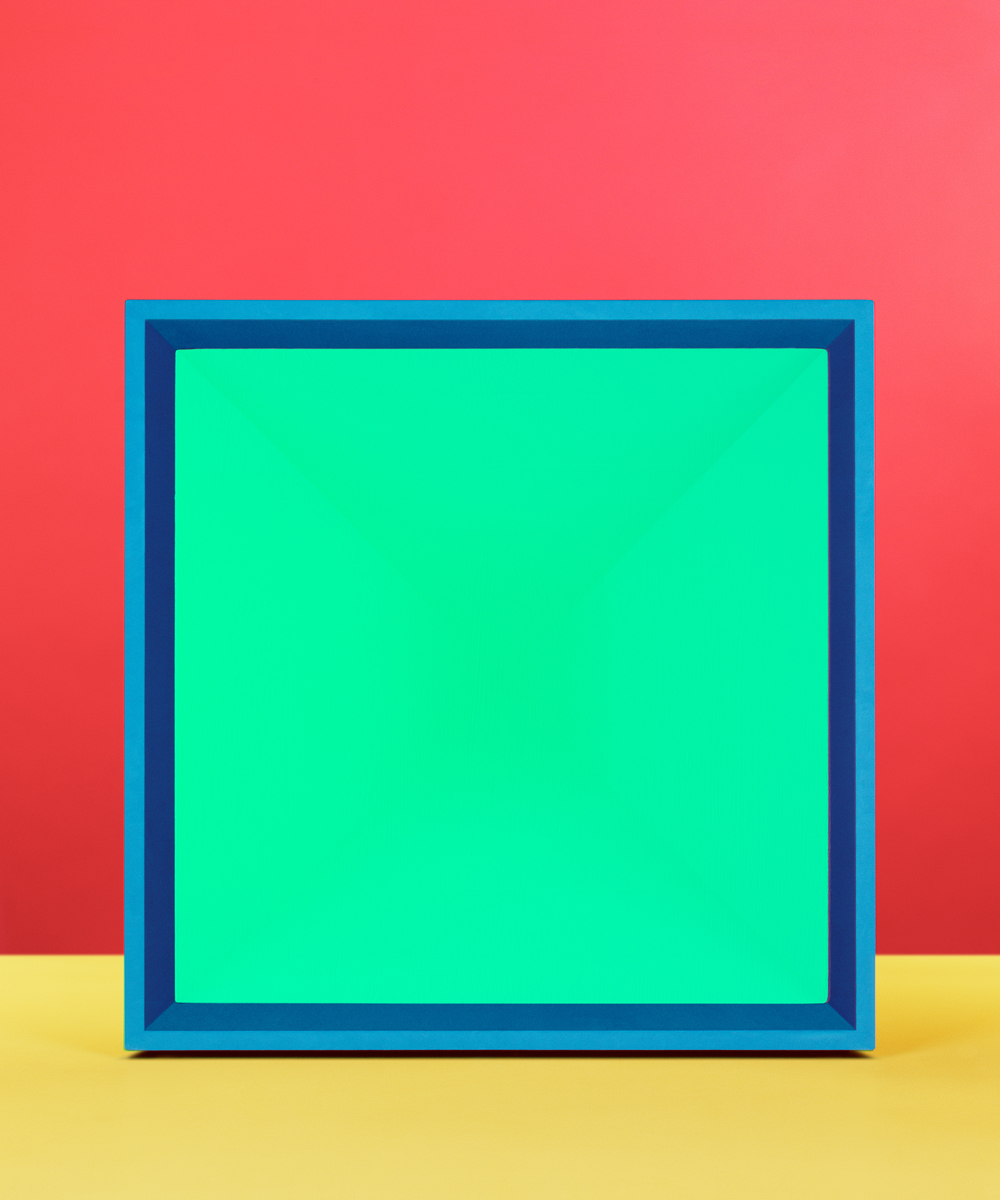 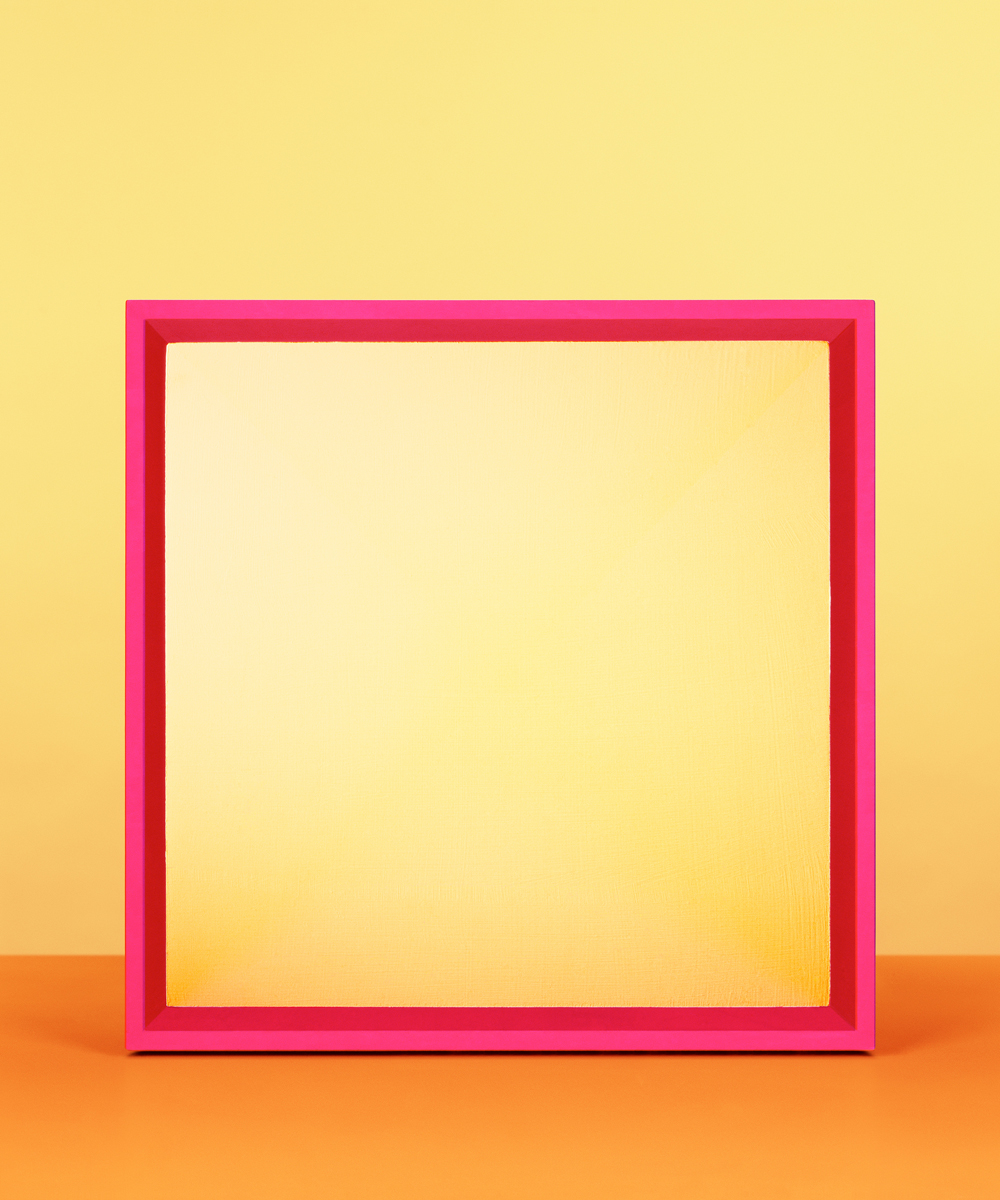 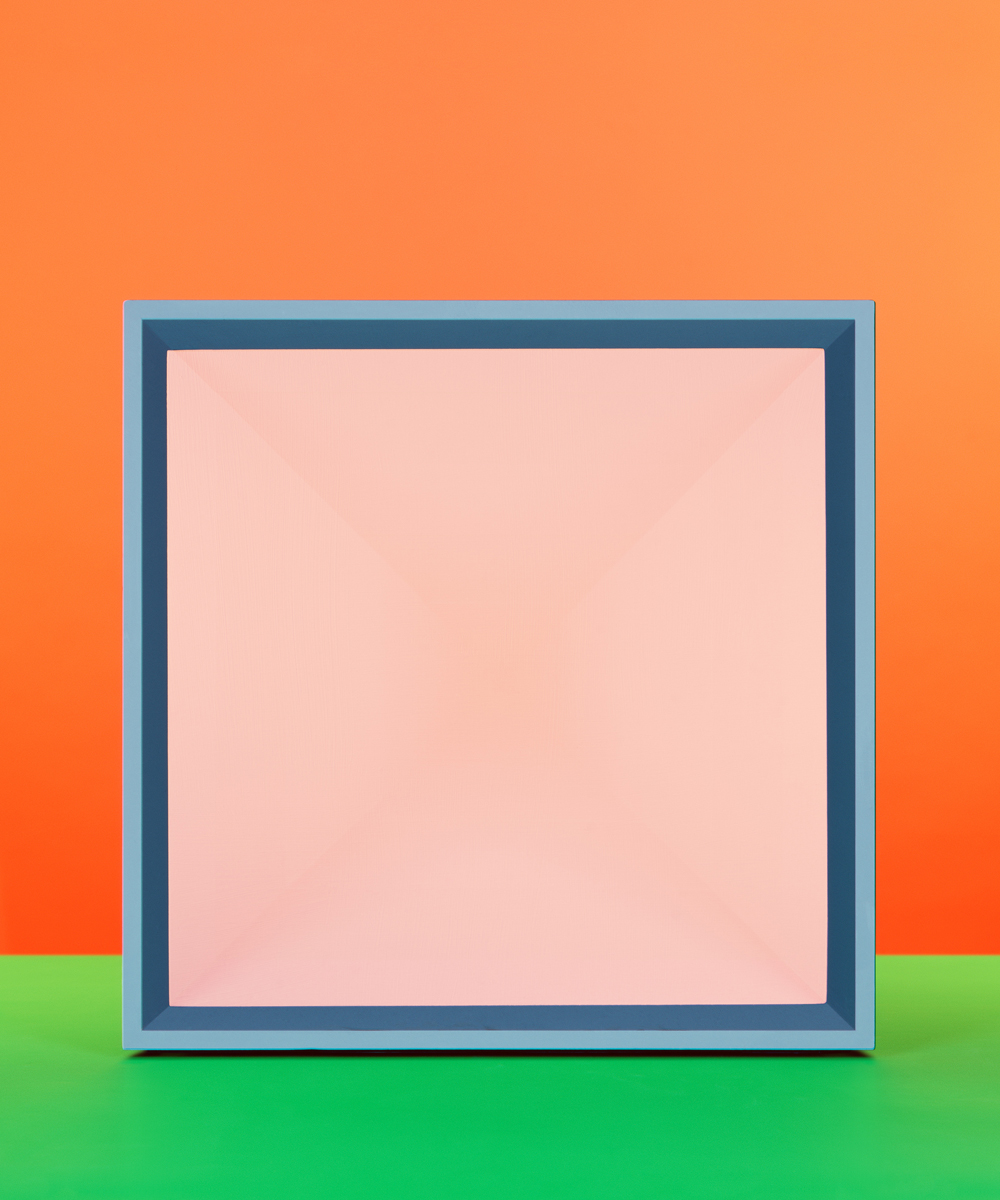 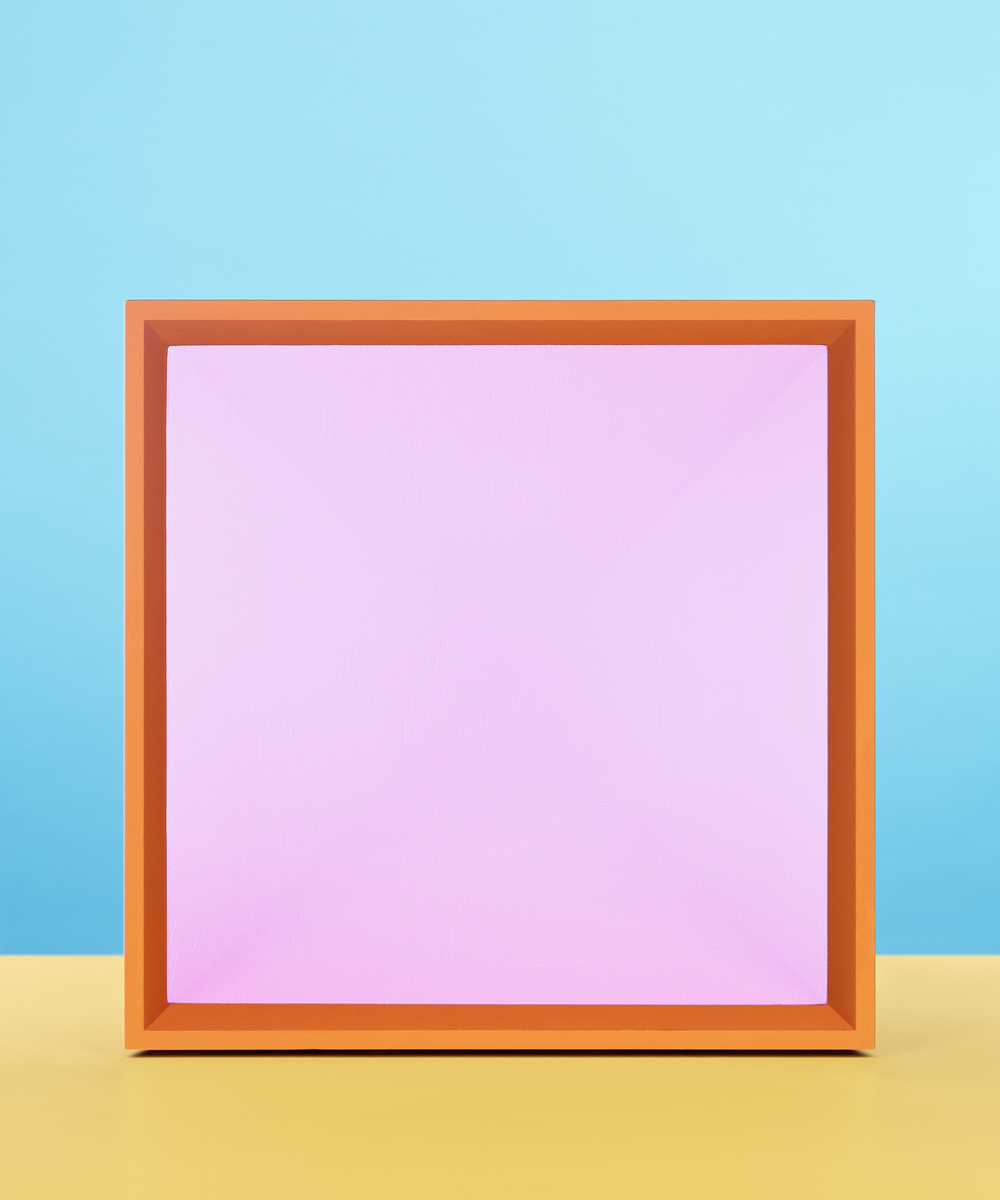 the action or a process of iterating or repeating: such as
a : a procedure in which repetition of a sequence of operations yields results successively closer to a desired result.

Galerie Antoine Ertaskiran is proud to present Jessica Eaton’s new solo exhibition. Iterations (I), the first of three forthcoming solo exhibitions by Jessica Eaton, presents a selection of the artist’s densest body of work to date. Developed over two years of intensive studio experimentation, these ambitious works refine Eaton’s earlier explorations of additive colour systems, pushing her practice and the photographic medium into new territory. These images foreground an eloquent perceptual proposition – subverting the expectation that the camera document the visible world.

Recording a sequence of physical manoeuvres in the studio, each photograph is composed blindly ‘in camera’ through dozens of exposures onto a single sheet of 4 x 5 film guided by a mathematical equation. In between exposures, three-dimensional geometric objects painted in monochromatic shades of gray are physically introduced, removed, substituted, and finally pulled away from the camera in increments. Nuanced variations of colour are achieved via RGB filters used in accordance with complex colour equations Eaton has uniquely devised. The resulting photographs manifest a scientifically codified language for colour creation.

A steady and articulated rhythm is palpable in each photograph: the click of the shutter delineating one plane from the next, the reverberation of a trace, the segregation of an object in time and space: infinitely expanding and contracting portals. This rhythm also runs throughout the exhibition in a succession of perceptual inquiries output in serial variations. It also charts the undercurrent of Eaton’s studio practice: iterative experiments framed within a physically laborious and technically innovative process that condenses a sequence of separate objects captured at unique moments in time into a singular visual form. In doing this, Eaton invites us to question the stability of how we visually interface with both these images and the world.

Jessica Eaton (b. 1977, Regina, Saskatchewan) received her BFA from the Emily Carr University in Vancouver (Canada). Solo exhibitions include Wild Permutations at the Museum of Contemporary Art in Cleveland (USA); Flash: Jessica Eaton at the California Museum of Photography (USA); and Ad Infinitum at The Photographers’ Gallery in London (UK). Eaton has been featured in numerous group exhibitions, including Under Construction – New Positions in American Photography at the Foam Fotografiemuseum in Amsterdam (Netherlands); Process and Abstraction at the Cleveland Museum of Art’s Transformer Station (USA); Color Acting: Abstraction Since 1950 at the Museum of Fine Arts in St. Petersburg (USA); Québec Triennial at the Musée d’art contemporain de Montréal (Canada); Photography is Magic at the Daegu Photography Biennale (South Korea); and Phantasmagoria at Presentation House Gallery in Vancouver (Canada). Eaton was nominated in 2016 for the prestigious Sobey Art Award. In 2015, Eaton was selected by the Capture Photography Festival to create a major public art commission for the city of Vancouver. Notable press includes The New York Times, The New Yorker, Art in America, ARTnews and The Guardian. Her work can be found in the public collections of the National Gallery of Canada and the Musée d’art contemporain de Montréal, among others. Jessica Eaton lives and works in Montréal (Canada).

Watch a short video documentary by Clark Ferguson following Jessica Eaton through her creation process of her recent work.